Eagles to do the double amidst more AFLW changes 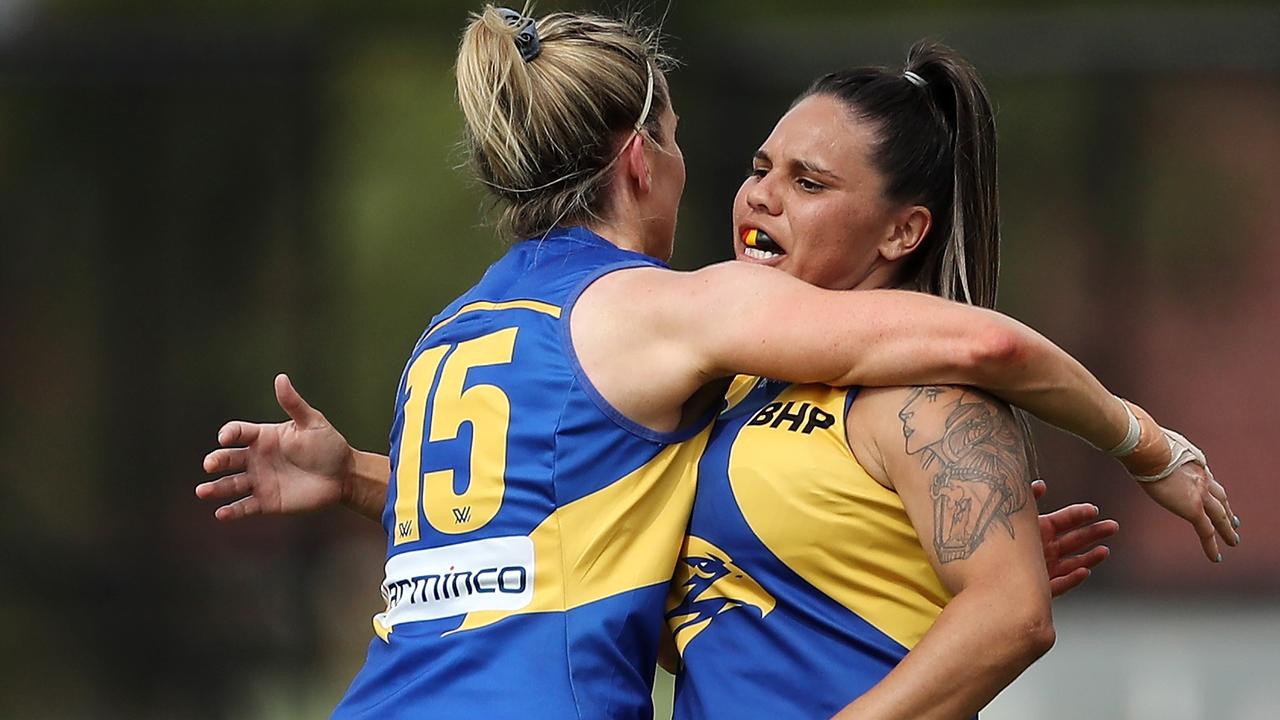 ANOTHER weekend, another round of Covid induced chaos in the AFLWomen’s. The GWS vs St Kilda match that was originally scheduled for this round has been postponed, with St Kilda having to wait until Tuesday for its first match in roughly two weeks.

This clash will see someone at least win their first points of the season.

Geelong has been quite the surprise packets so far this season, matching it with a few of the top teams and being close to getting the chocolates on a number of occasions.

West Coast on the other hand has had a rough start to the season, being in a hub away from home for several weeks now and having a few scheduled games postponed due to Covid.

Geelong will be buoyed by the confidence it has gained over the past few weeks despite the lack of wins on the board.

Despite this, the Cats have not won at home since February 2019, so this will give the Eagles some confidence.

The Eagles will also want to keep Chloe Scheer quiet, who almost won the game off her own boot for the Cats last week.

The rematch of last year’s Preliminary Final sees the in form Lions come up against a Magpies who will be hungry to get back on the winners list.

Since a Covid enforced break, the Lions have been dominant and proven that their performance from Round 1 was not the true them.

On the other side of the equation Collingwood will be desperate to get back on the winners list after suffering its first loss of the season against the Dockers. The Magpies registered their lowest score and lowest number of inside 50s in their history last week, so the Pies will certainly be looking to rectify that.

Collingwood were also probably not counting on having to try and contain Dakota Davidson this week, who may a surprise early return to the field last weekend against Geelong.

This match is now more interesting than it might have been a few weeks ago.

The Dees are coming off their first loss of the year against the Crows last weekend, and will be disappointed with how they performed.

Gold Coast on the other hand is coming off the first back to back wins in the club’s history and will come into the clash full of confidence.

Casey Fields is quite the fortress for the Dees, and they know how to play the ground well.

They will however need to contain the twin towers of Tara Bohanna and Sarah Perkins if they want any hope of winning.

Meanwhile Gold Coast must work out how to replace Jade Pregelj, who went down with an ACL injury last weekend. Her absence exposed their backline, and the timing is not ideal considering the quality of the Melbourne forward line they have to face this week.

Both sides are coming off narrow losses last weekend, and will be confident they can take the chocolates here.

The Bulldogs really pushed the Dockers on Tuesday night, while fatigue may have been a factor in Richmond’s loss to the Suns last Sunday.

A battle in the midfield between Ellie Blackburn and Monique Conti will be mouth watering to watch, but both side’s defences will have their work cut out for them.

The Bulldogs’ defence will have to keep Katie Brennan if they want any hope in nabbing their first four points of the season, while Richmond have to keep the likes of Bonnie Toogood quiet to get them back on the winners list.

The question for the Dogs will be how do they go after their second short break in a row. They were pretty good off a four-day break, but how will they go playing their second game in nine days?

This could get ugly, but Carlton fans will certainly be hoping it will not.

Adelaide is once again proving they are the team to beat this season, especially after they demolished Melbourne last weekend.

Carlton on the other hand has struggled at times this season, with its only win this season coming against Geelong.

For Adelaide, it just need to keep playing their high pressure game.

For Carlton though, they have a number of key Crows they have to keep quiet if they want to get the win. These include the likes of Ebony Marinoff, Ashleigh Woodland and especially Erin Phillips. Phillips proved a real dangerous thorn in Melbourne’s side last week in front of goal, so Carlton must man her quite tightly.

This one should be a cracking match. Two of the in-form teams of the competition do battle in Tasmania on Sunday evening.

Fremantle is one of only two undefeated teams left this season and is coming off two solid wins last weekend.

North Melbourne meanwhile is coming off a comfortable win last weekend against Carlton.

One thing that North must work on is its scoreboard accuracy. In the past two matches they have kicked seven goals 12 and seven goals nine respectively. North has had the scoring shot dominance but the wins against GWS and Carlton could have been even more dominant if North had kicked straighter.

The last match of the round is actually a match that was supposed to happen last weekend but got postponed due to a Covid outbreak in the West Coast camp.

Poor St Kilda has had two matches in the last two weeks postponed due to Covid, so this will actually be the side’s first match since their loss to Melbourne back in Round 3.

St Kilda will take a lot of confidence from the performance against the Dees back then, but the question will be how much will that two week break affect St Kilda’s performance.

The Eagles on the other hand have the opposite problem in terms of a break. They will be coming off tonight’s match in Geelong, so what transpires tonight could be very telling as to how Tuesday night’s match goes.