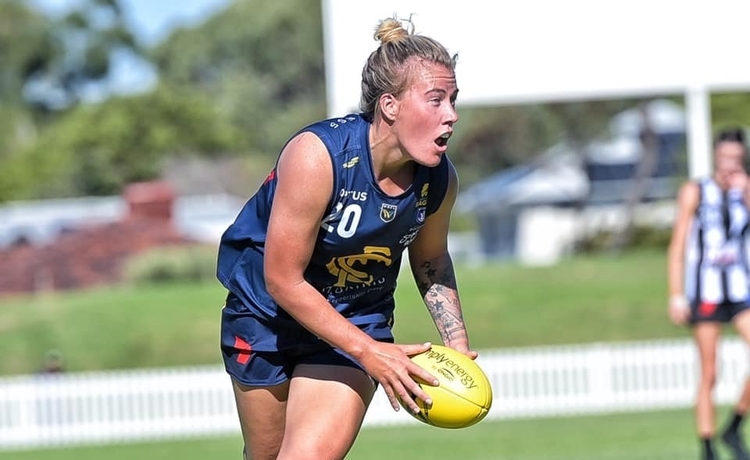 HAVING been eliminated in the first week of finals last season, Claremont Women’s enters 2022 hoping to once again be among the contenders of the West Australian Football League (WAFL) Women’s. Boasting plenty of experienced talent, the Tigers will open their season at home against Swan Districts on Sunday.

Claremont had an ultra-successful AFL Women’s Draft, with three players making it onto AFLW lists. Amy Franklin and Jess Low both landed at Fremantle, whilst Emily Bennett was picked up by West Coast. Low has found her way into Fremantle’s best 21 this season, but Bennett and Franklin are both chances – depending on AFLW team selection – to play for the Tigers at League level.

Other AFLW talents aligned to Claremont include West Coast trio Sophie McDonald, Andrea Gilmore and Hayley Bullas, and Fremantle duo Jasmin Stewart and Matilda Sergeant. Though not on an AFLW list, the move of Claire Ortlepp to join sister and club best and fairest winner Rachel at the Tigers, will provide extra talent and smooth kicking skills. That is before including captain and league best and fairest winner Ella Smith who returns for another year leading the side out.

Tessa Doumanis earned an AFLW Draft Combine invitation last season, and along with Franklin, formed a damaging duo inside 50 whilst Brooke Whyte provided the experience around goal. With Orlepp’s dominant kicking and Smith and Low finding plenty of it in the midfield, the Tigers were always a chance to win in 2021. Now with a number of departures, it will be a case of others stepping up and trying to take over some key roles. Emily Elkington is the sole top-ager on the list at this stage, and the youngest on the Claremont list. Playing five of her last six games in 2021 at League level, Elkington will be one to watch in 2022.

Alongside Elkington, there are some future names to keep an eye on, having made the Under 18s West Australian squad this year. Tamashya Blurton, Jorja Elisseou, Eva O’Donnell, Makayla Rogers, Charlotte Tompkin and Mackenzie Webb all made the final 36-player squad to be the most-represented WAFL Women’s club.

Earning state Under 19s honours and an AFLW Draft Combine invite last season, key defender Matilda Dyke still only turns 20 next week, and will be looking for a big year to once again in the frame for drafting. Mhicca Carter and Kate Orme have plenty of experience across the field, with the younger talents in Sarah Garstone and Jacinta Valentini among those with the potential to step up further and really stake their case to land on an AFLW list, Garstone for the second time.