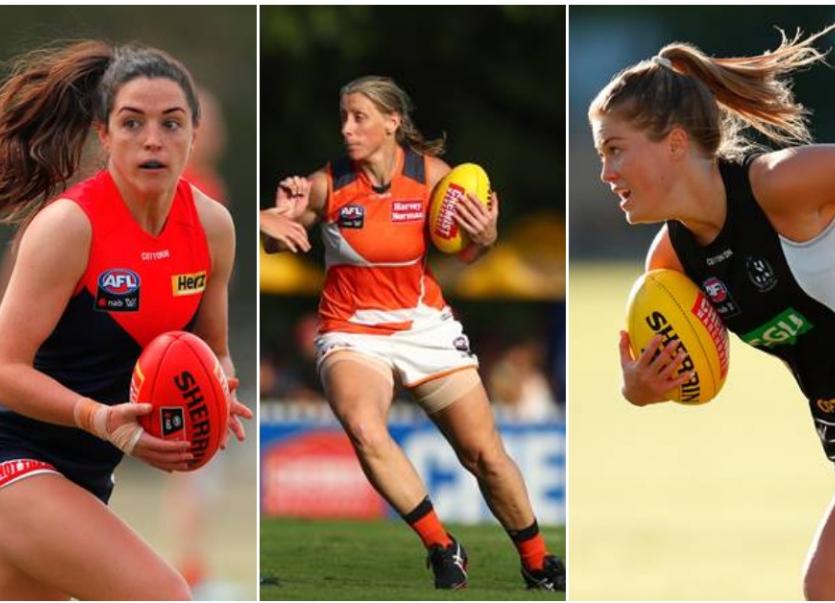 LÁ Fhéile Pádraig Daoibh! Or for those of you not familiar with Gaelic, happy St Patrick’s Day everyone! Today is St Patrick’s Day, the national day of the Republic of Ireland, and to celebrate, we take a look at the ever growing relationship between the Emerald Isle and the AFLW.

There has been a relationship between Ireland and AFLW ever since day one.

There have been Irish stars in the AFLW since season one.

Back in season one, the only Irish star was Laura Duryea, who was already in Australia when she was drafted to Melbourne.

It wouldn’t be long before the first Gaelic star would be convinced to come down under and give AFLW a go, and that star was Cora Staunton.

Ever since then, the number of Irish players coming out to Australia has grown year on year.

Overall, there have been 22 Irish players feature across the six seasons (21 that have come out from Ireland, plus Duryea). 2022 alone saw 14 of them across nine of the clubs.

The Irish stars have made such an impact on the AFLW competition that many fans can’t picture their favourite sides without their Irish players.

They bring such a flair to the competition and their fearlessness is admired competition wide.

If we look at this season alone, over at Brisbane, Orla O’Dwyer has become one of the most valuable members of the Lions’ midfield.

Over at the Dees, Sinead Goldrick is an integral part of Melbourne’s defence, and her fearlessness at contests is admired and lauded by Dees fans.

Also, there can be no discussion of the impact of the Irish players in the AFLW without mentioning Staunton. She is such a vital component of the Greater Western Sydney forward line that some weeks when she has a quiet game, the Giants are likely to lose the match.

Not only are the Irish players having massive impacts on the AFLW, but the competition is actually growing in popularity in Ireland, and the coverage of the league has grown concurrently.

Coverage of AFLW has flourished so much in Ireland that they know showed delayed telecast of several matches per week.

AFLW games are normally played at an ungodly hour of the morning Irish time, so TG4, which is the Irish language television station in Ireland, stream a delayed coverage of two matches every single weekend. They provide one match on the Saturday and one match on the Sunday.

TG4 also has an AFLW highlights show, which runs on a Monday night in Ireland, which features highlights from all seven AFLW matches, as well as featuring the AFLW Irish Player of the Year, with the award being as the name suggests.

TG4’s highlights show also features an interview with one of the Irish players every week.

Coverage of AFLW has even expanded over to Virgin Media Sport, which is another of Ireland’s TV channels.

Their coverage isn’t as extensive, but they still do a Highlights Show. The show focuses on a round-up of all the games, a focus on the Irish girls and their performances, an interview with one with the Irish girls, and a skills/rules explainer.

One of the co-hosts of the Virgin Media Sport show is none other than former Dee Niamh McEvoy, who seems to have slotted seamlessly into her new role.

Now heading into the future, the future of the Irish girls in the AFLW may about to become less certain.

If the season does get moved to an August start date before the league becomes full time professional, it will put the Irish girls in a tricky position.

Normally what the Irish girls do at the end of the AFLW season is go home to play for their respective counties in the Ladies Gaelic Football Association, or LGFA.

The middle months of the year is when the LGFA Championship normally takes place, and the Championship season is the pinnacle of the LGFA calendar.

This year alone, the All Ireland Finals are due to played at the end of July.

If the AFLW season is brought forward to August, this could spell a really tricky situation for all the Irish girls, as to whether they stay in Australia to continue on with AFLW or go home to play in the LGFA. Particularly for the likes of Dees pair Goldrick and Lauren Magee, whose home county of Dublin is likely to feature at the pointy end of the Championship season yet again.

None of the Irish girls have come out and said yet what they would do, so it is very much a watch this space kind of situation.

Nonetheless, many fans will be hoping this season will not be the last time we see the talents of the Irish players.