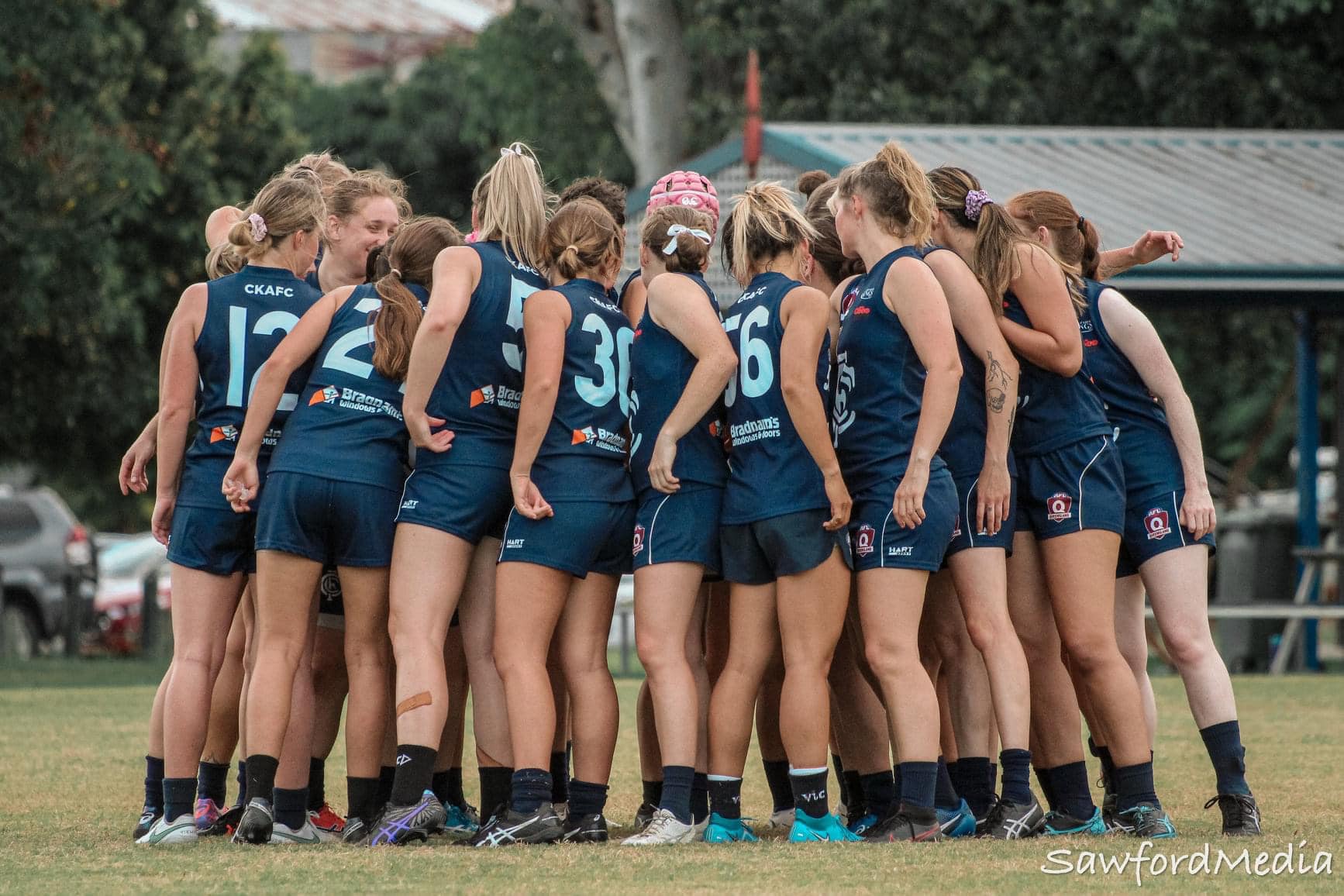 COORPAROO has a new coach, and a new motto as the Kings prepare for Round 1 of the 2022 Queensland Australian Football League Women’s (QAFLW) season. Having reached the finals yet again last year, albeit bundled out in the first week, the 2019 premiers – and side that has played in six of the nine grand finals since 2013 – are ready for a new challenge. With the upcoming AFLW season set to overlap with the 2022 QAFLW season, sides are unlikely to have their AFL Women’s players available, which suits new Coorparoo coach Rebecca Randazzo just fine.

“I think it really comes back to what our roots are and our role is to develop AFLW players and not rely on AFLWs to come back and win premierships,” she said. “We’re certainly being advised from the Suns and the Lions that we probably won’t expect those players to come back, just the way the seasons are budding up, and we’re okay with that to be honest. We see that as an opportunity, and the thing is it’s probably a true indication of people’s program.”

Randazzo said she was confident in her non-AFLW aligned playing list, with a mix of senior players and some up-and-coming youth talents at the Kings. In many ways, not having access to the elite level players gave the clubs and even playing field when it came to growing Queensland talent.

“We know that probably the thing that wins the premierships is the AFLW players that come back with form,” Randazzo said. “We’re kind of embracing the opportunity to not be relying on those AFLW players and really and we think we’re in a good position with the depth and the recruiting we’ve done. “But also we’ve had a really good preseason, we kicked off in November, training three times a week, so we’re in good shape ready to take on the season in a couple of weeks.”

Randazzo has had quite the journey herself, being involved in both senior and youth football in Sydney before she and her family relocated to Brisbane. Though the main “touchpoint” of her relocation was to integrate her children into Brisbane live – including a footy club – Randazzo found herself helping out and one thing lead to another.

“That (kids adapting to Brisbane life) was the obvious touchpoint to help out in the youth program at first, and then the opportunity where the senior club approached me to help them out last year with the senior women’s so that’s kind of been the journey into the senior program at Coorparoo,” Randazzo said.

Whilst some clubs across the eastern seaboard – and indeed all over the country – have struggled with interruptions to the preseason be it the weather or COVID-19 pandemic, Randazzo said the club was ultra-proactive when it came to preparing for any possible interruptions. When asked about if the preseason had had hiccups, she described it as “pretty seamless”.

With the help of Zoom calls and recorded whiteboard sessions, no player was left behind, and the whole initiative is under the banner of the club’s new focus for season 2022 “To New Heights”. The theme was based on both on and off-field improvements, with Randazzo said the club intended to be “in the mix” at the pointy end of the season.

“We haven’t been talking about winning premierships, we’ve been talking about week to week being competitive and that’s the way we’re approaching it,” she said. “Our praccy matches that we participated in in the preseason have indicated that we’re on track.

“We’ve got some particular goals that the people are focused on and we met those goals in those praccy matches, so we’re pretty confident that we’re going to meet those overarching goals of being competitive every week, and then it’s our composure and our ability to execute our gameplan that will make the difference, but very much focused on continuing the success of the program.”

Coorparoo has a number of talented players across the board, with Brisbane Lions Academy’s Charlotte Howard one such inclusion, whilst Randazzo said there were a number of experienced talents who will help lead the club during the season.

“Renee Teys and Jenae Govan have been train-on with the Lions with their programs this year and they’ve come back with great confidence but also that experience, so we’re going to see them have a great year and certainly play pivotal roles for us,” she said. “Someone like a Laura Blue who is just so athletic and so dynamic is going to play a pivotal role for us in the backline. “Contested footy is exceptional, breaks lines, she’s going to be a key player for us.”

On top of that experience, Randazzo admitted that the club would be fielding a lot of youth during the year because it would enable Coorparoo to boast a “sustainable model” for the future.

“We’ve also recruited quite well, four Academy players so underage Under 18s their program has just finished, and we’ve welcomed back into our program over the last couple of weeks,” Randazzo said. “So we’re not overly relying on those senior players, but we are very much about developing the future, and we’re going to see a lot of that through who we put out on the field week-to-week.”

Coorparoo will hit the road – Graham Road to be exact – when the Kings take on Aspley in Round 1 of the QAFLW season on Saturday, March 26.