PORT Adelaide will have double trouble for the opposition of its AFLW program next season, after signing twin sisters Laquoiya and Litonya Cockatoo-Motlap yesterday. The Queenslanders will make the trek south to represent the club their uncle Che Cockatoo-Collins proudly played for five seasons, having represented the Gold Coast Suns Academy and Queensland at the AFLW Under 18 Championships this year.

Rookie Me Central spoke to the over-age twins after the Maroons went down to Vic Metro at Metricon Stadium, with both Laquoiya and Litonya discussing their football journey and what they hoped to get out of it.

“We started playing back in 2017 and this is probably going into our sixth year playing AFL,” Litonya said. “We made the move down last year and we only stayed for four months just for Academy and then we ended up making 19s. “It probably wasn’t our best year, but went home, played there, made Women’s Team of the Year for Cairns and then came back down and now we’re here for the year. “We want to make it into the big league, especially with the four new teams coming into the league. “We really hope we get picked up, that’s our goal.”

Laquoiya said they were competitive against each other which helped drive them, with Litonya adding “if we ever get the chance to play on each other”. That does not look likely – at least for the time being – given they will don the teal at the AFLW level.

When asked about who their greatest inspiration was, both were in agreement.

Laquoiya said she was keen to keep working hard on her game, with a key focus on composure for the future.

“My strength is definitely using my body in the contest and probably our thing that we want to improve on is becoming more composed under pressure, tackle pressure,” she said.

As for what separates the girls from one another on the field, Litonya said the easiest way to tell was positionally.

Unfortunately suffering cramp in the first game of the AFLW Under 18 Championships match against Vic Metro, and then coming off again in Melbourne facing Vic Country, Litonya still showed her impressive defensive pressure, averaging three tackles per game, adding on from her six tackles per game for the Suns Academy against Oakleigh Chargers in the NAB League Girls.

Laquoiya on the other hand, got through the three games, kicking a couple of ripping goals and averaging 6.7 disposals, 1.7 marks and laying 2.3 tackles per game. With a seven-tackle average against the Chargers, it meant the twins combined for 13 tackles in that match.

No doubt both players will bring plenty of heat to the big stage, and have the talent to burn. 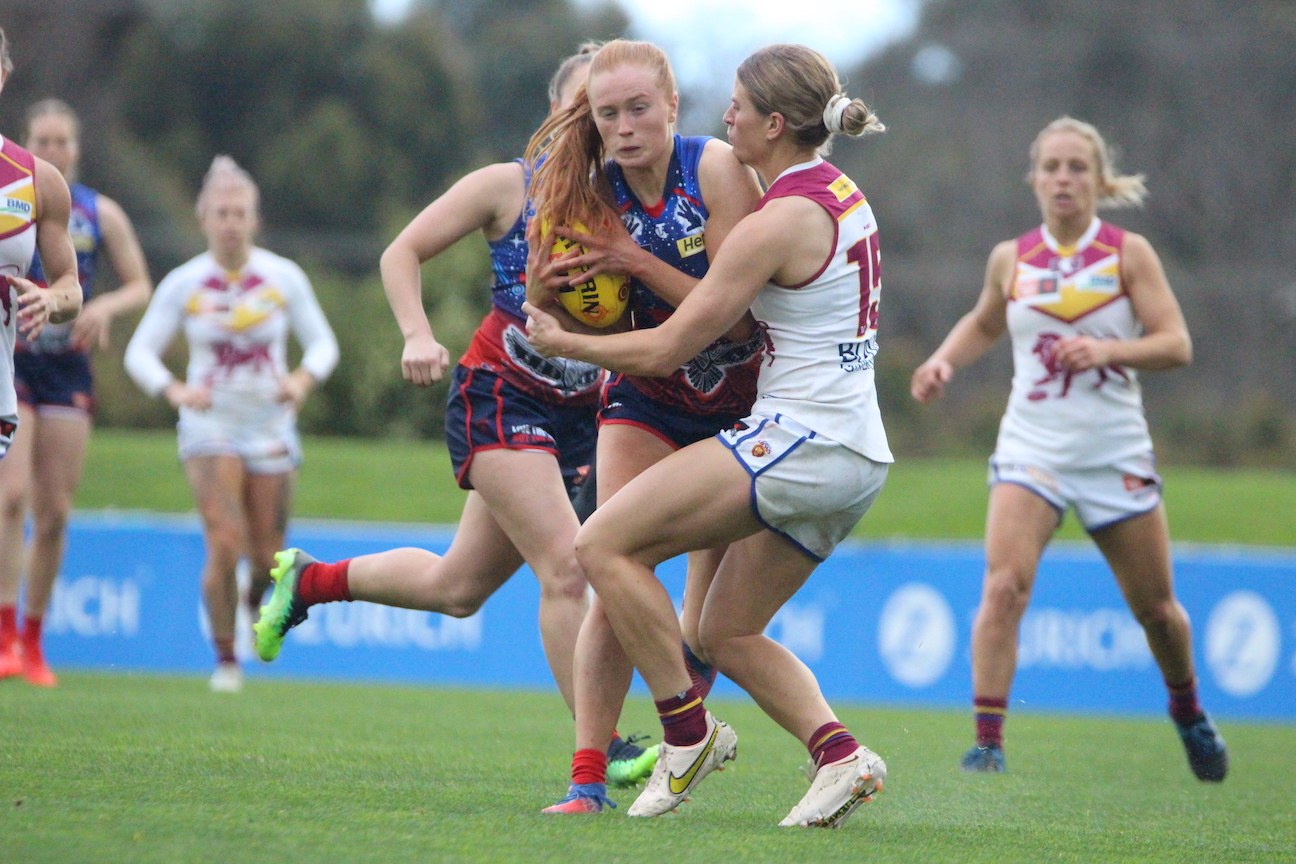