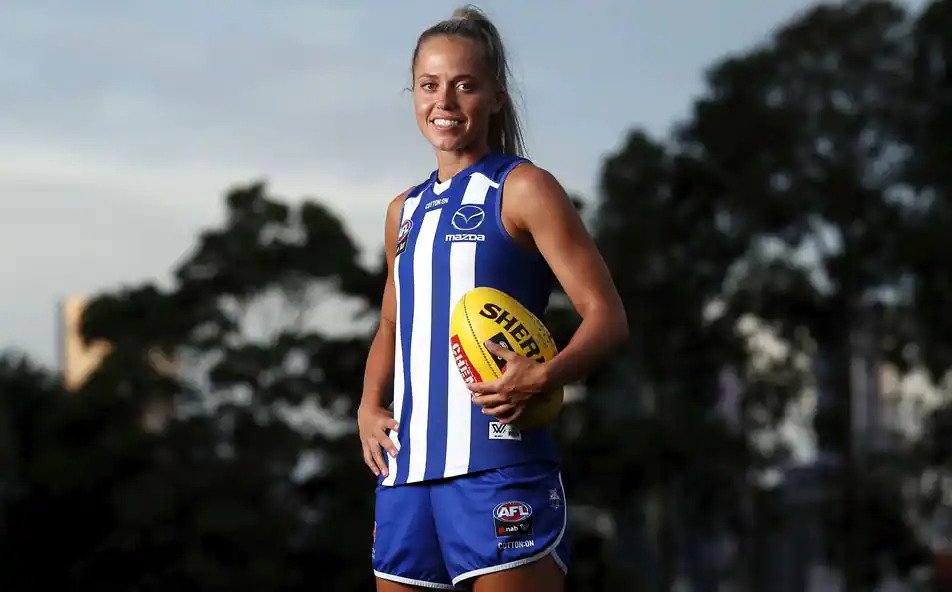 THERE was a significant move left for the final day of the 2022 AFLW Trade Period, with a big name Roo finding a new home.

After much speculation, Kaitlyn Ashmore has found a new home in Hawthorn, with North Melbourne getting pick 51 in return.

Ashmore was not the only player to find a new home on the final day of the Trade Period.

Carlton has traded Courtney Jones to the Gold Coast Suns, who will certainly offset some of the losses the Suns have had this Trade and Expansion Period. Carlton got pick 49 in return for its leading goalkicker.

Daisy Bateman is now a Bulldog, after she and pick 74 were traded to the Bulldogs in exchange for picks 72 and 90.

The Kelly sisters have been split up, after they were both traded to different clubs on the final day.
Grace Kelly went to St Kilda, and the Saints traded pick 54 in return.

Meanwhile, sister Niamh and teammate Amber Ward have a new home in Adelaide, while Jessica Sedunary and pick 43 went to West Coast in return.

Sedunary was not the only Crow to fly the nest, with Nikki Gore traded to Fremantle alongside pick 60, in return for picks 40 and 75.

There were also a number of pick swaps made on the final day as the draft order became settled.