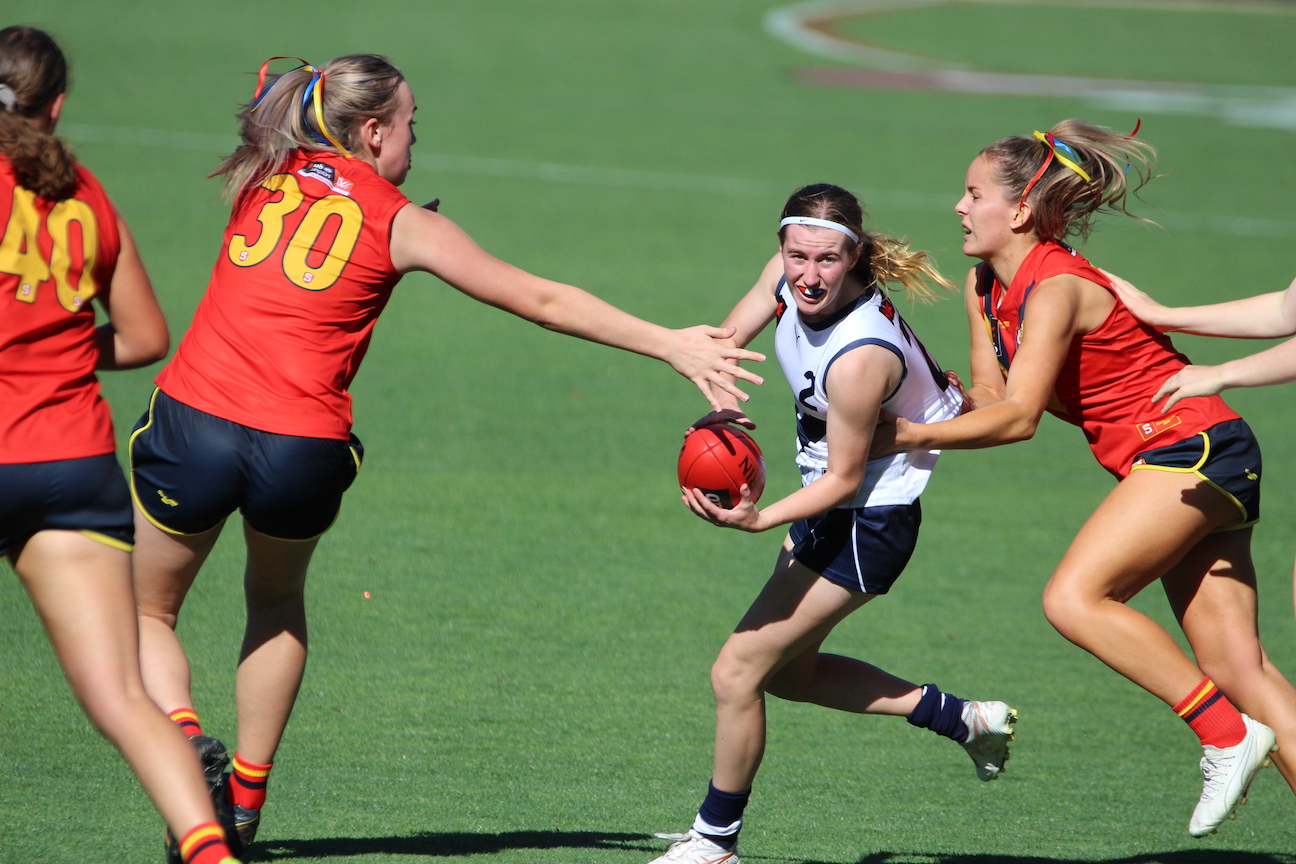 COPPING an external beating throughout 2022 and then in the off-season, Carlton will continue to dig deep in a bid to get back to the heights of 2019. The Blues reached the AFL Women’s Grand Final that year, and though they have lost quality over the off-season – highlighted by top-end talents Madison Prespakis and Georgia Gee, and dangerous goalsneak Courtney Jones – the Blues were able to take two Top 20 selections to the 2022 AFL Women’s Draft. There, they picked up a couple of versatile players – a tall and a small – as well as a couple of readymade players to fill immediate list needs.

Filling needs. The Blues had a few needs heading into the AFL Women’s Draft, but were able to slot in a couple of natural midfielders, a key defender and a tall forward/ruck to cover each area of the ground. They picked some best available talents in that Top 20, then covered bases with readymade VFLW-experienced players for the later two selections.

Starting with the mature-age talents, it is anticipated that both Goss and Jones will fight for immediate Round 1 spots in Season 7. Goss is that inside midfielder who will be looking to replace Prespakis and Egan on-ball, while Jones is the key defender. At 30-years-old, she was the oldest player selected in the 2022 AFL Women’s Draft, and could be a Charlotte Wilson replacement in defence. She will team up well with Kerryn Harrington and provide some steady composure inside defensive 50.

Skepper is an accolade-laden midfielder who spent 2022 carving out her profile as a rebounding defender. She can play just about anywhere, including half-forward if required, possessing a penetrating kick and a nice burst out of a stoppage. She is a long-term midfielder, but can also use her run and booming kick to great effect, and should compete for a spot in the first half of the season. Austin, on the other hand, is more of a developing tall, who has high upside and good hands, being a bolter from the start of the season. Like many talls, there may be less expectations on her, as she enters the elite environment to develop even further in the navy blue.

Carlton had a tough job heading into the draft, with plenty of supporters frustrated by losing some of the club’s best players, including arguably the greatest in the club’s short women’s football history. However, the Blues made the best of the situation, with a couple of high potential teenagers joining some readymade talents to try and fill holes in both the short and long term.