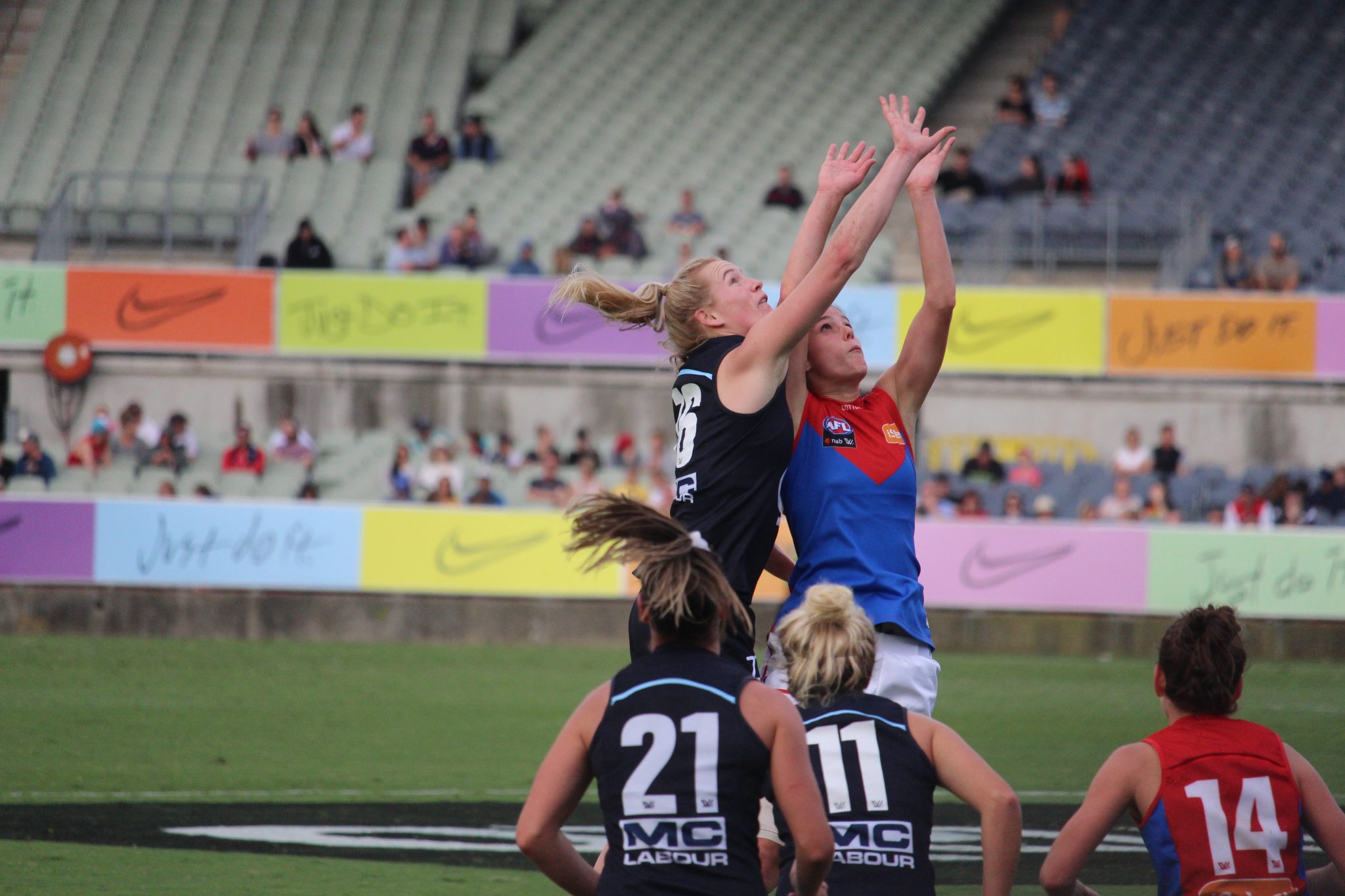 FEW would disagree that the two most consistent rucks over the first six seasons of the AFL Women’s are Carlton’s Breann Moody and Melbourne’s Lauren Pearce. Both are fantastic in their own right, but what makes them different, and how do they stack up against each other?

Both players were selected in the inaugural 2016 AFL Women’s Draft, with Pearce picked up out of the Darebin Falcons with selection 25. The 184cm ruck was 23-years-old at the time, and is currently 29, having played 45 games across the first six seasons, earning two All-Australian jumpers, including the most recent one in 2022.

Moody was selected with Carlton’s pick 67 in that same draft, proving to be an absolute bargain. At that point, the 180cm ruck was a teenager, and is now 25-years-old, having managed 47 games and looking like many more. She won the Blues’ best and fairest in her second season, when she also picked up a Rising Star nomination. Then her best year came in 2021 when she collected her first All-Australian guernsey.

As evidenced by the statistics, the players are evenly matched, and offer different values as rucks. Moody has become a more potent tap ruck, while Pearce has become an around the ground threat. The key differences between them are Pearce’s additional clearance numbers (3.4 to 1.6) and score involvements (2.3 to 1.8), but naturally the ladder also comes with success, of which Melbourne has had more readily than the Blues.

Remarkably both players have recorded the highest disposal efficiency against their opposite sides with 73.3 per cent (Moody) and 73.4 per cent (Pearce) when facing Melbourne and Carlton respectively.

Naturally both players are superb talents who would lead any ruck division across the competition. For the now, Pearce has better statistical measures when it comes to around the ground impact and at stoppages, while Moody has the greater athleticism by taking the game on, as well as higher hitout numbers. No doubt the pair will continue to do battle for years to come, though the Carlton ruck does have four years on Pearce, so could be around for longer much to the excitement of Blues fans.

For those interested in milestones, Moody is set to play her 50th game against Port Adelaide at Ikon Park on Sunday, September 11 (Round 3), while Pearce will join her two matches later in Round 5. Fittingly the Dees ruck will face Moody in that milestone match, when the teams also clash at Ikon Park on Friday, September 23.