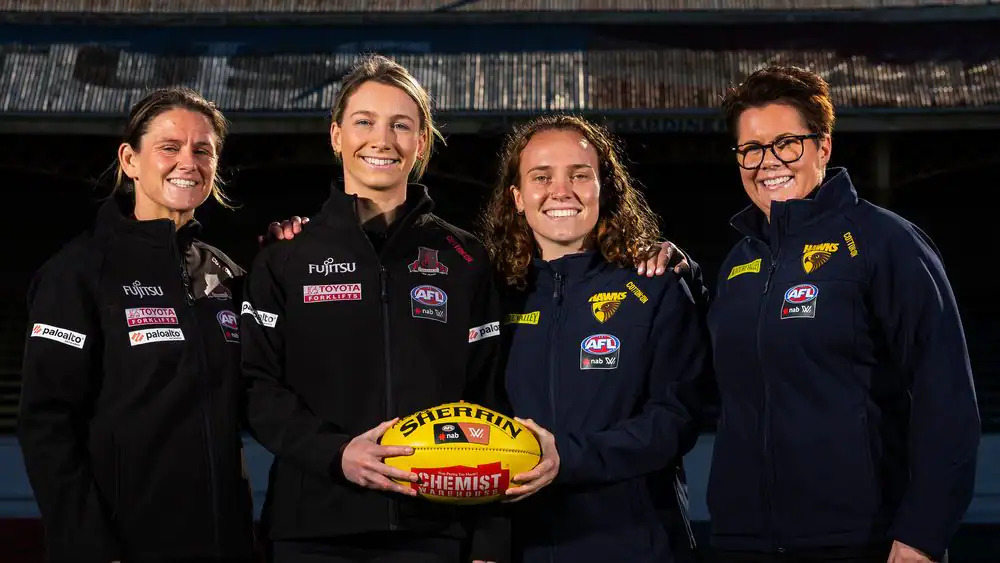 THE AFLW will see the final four expansion clubs come into the competition ahead of Season 7 – Essendon, Hawthorn, Port Adelaide and Sydney.

Although all four clubs had the same rules to work with when building their inaugural lists, they respectively went about doing so in very different ways.

In light of this, let us take a look at each of the lists individually, and how they stack up in terms of where all the players have come from.

There has been a lot of talk about how strong Essendon’s inaugural list is, particularly the quality of their signings from other AFLW clubs, and rightfully so.

The key difference for the Bombers is the experience of their VFLW signings. None of the other clubs were able to sign as many former AFLW players from the respective state leagues, and the exciting thing for Bombers fans is they have all come from the Bombers VFLW side, so they have that experience of playing together.

They were also able to get a lot of young talent via the draft, but also got some mature aged experience via the draft too.

Essendon’s one outlier is Caitlin Sargent, who was a pre-signing out of the Western Jets’ premiership winning NAB League program.

AFLW: 9
State League: 8
State League with AFLW experience: 3
Draft: 7
Other: 3 (but one will be inactive in Season 7)

Unlike its Victorian rival, Hawthorn did not sign as many players from other AFLW clubs, but much like Essendon, the Hawks really used their VFLW team as a source for their inaugural squad.

The good thing, and exciting thing for Hawks fans, is that having such a large group of their inaugural side come from the same team means that their connection has a good head start heading into their inaugural season.

Their AFLW talent may be, on average, older than Essendon’s, but they went very young with their pre-signings, with two of their very first picks – Zoe Barbakos and Bridget Deed – coming from the NAB League.

Hawthorn’s three others are Barbakos, Deed and Aine McDonagh, with the latter being Hawthorn’s new recruit out of Ireland.

Despite all the talk of the talent Essendon was able to pick up from other clubs, it was Port who proved able to actually land more players from other AFLW clubs. The Power also arguably landed the biggest fish to move clubs in the off season in Erin Phillips.

Another thing that was different that Port did, as compared to the new Victorian clubs, was invest in picking up players from state leagues outside of South Australia. They did not just target one state league, picking up players from Queensland (Laquoiya and Litonya Cockatoo-Motlap), Victoria (Elizabeth McGrath) and Western Australia (Tessa Doumanis, Abbey Dowrick and Julia Teakle).

Port Adelaide’s one other is Olivia Levicki, a cross-coder rookie.

Sydney may have not landed the established big fish that the other new clubs did, but was were still able to sign 10 players from other AFLW clubs, which was not the lowest figure among the four new clubs.

Like Port, Sydney really invested in picking players up from interstate state leagues, with Sydney in particular targeting the VFLW.

Unlike Port though, the Swans were able to pick up a state leaguer with previous AFLW experience, with Bridie Kennedy agreeing to make the move north to join the Swans.

The targeting of Victorians was not just limited to their pre-draft signings, with three of their five draftees coming from their southern neighbours. In that regard, Montana Ham and Sofia Hurley were major coups.

Sydney’s one other is rookie Tiarne Cavanagh, another cross-coder joining the league.