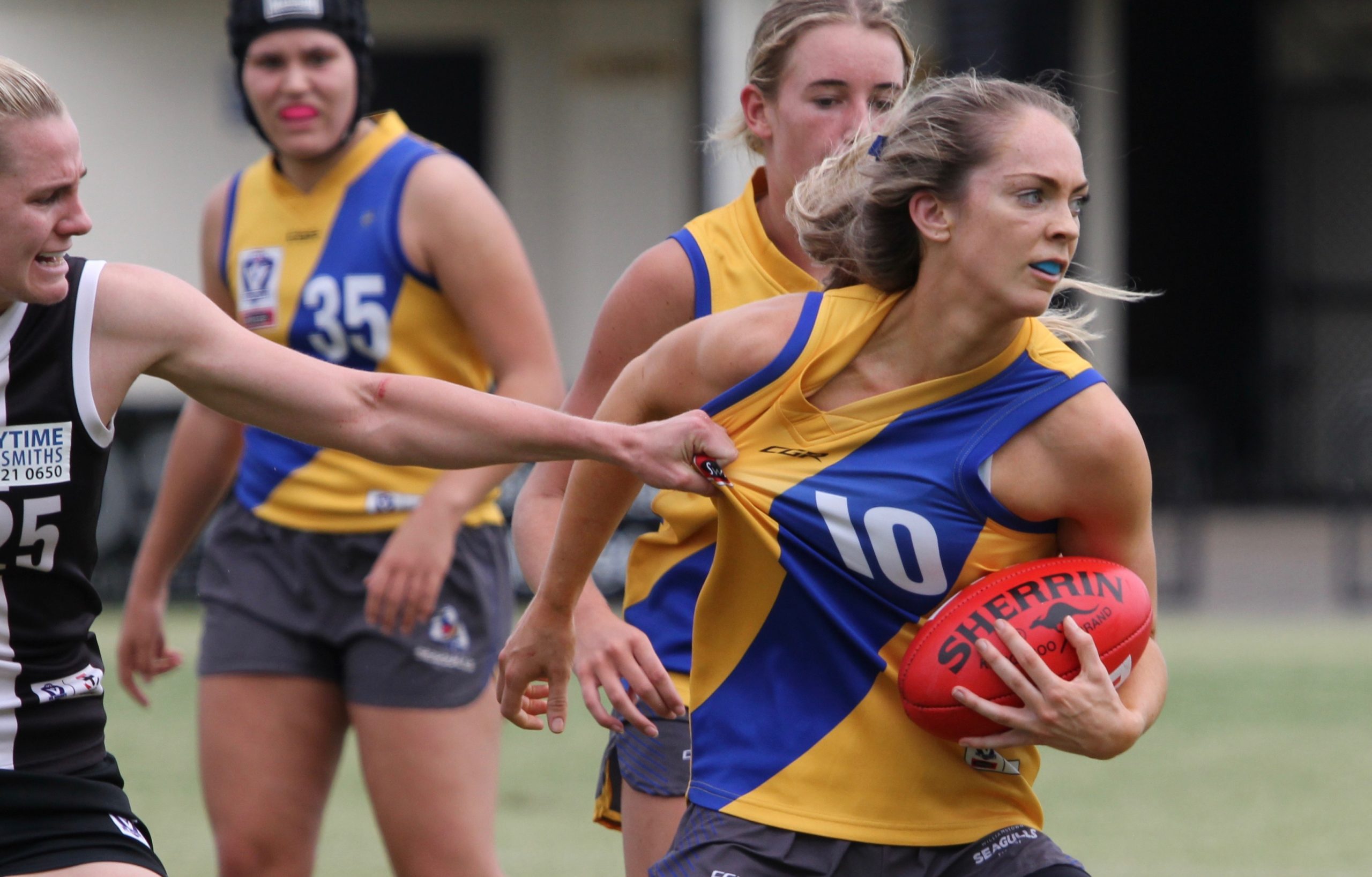 IN a unique series for the lead-up to the 2022 AFL Women’s Season 7, Rookie Me Central will look at 10 players to watch this year who have played under 10 games. Whilst it would be easy to pick those who finished high in last year’s Rising Star, or top picks this year, we have opted to look at players who have been around for at least two seasons – or in previous years – but have only managed to play nine games or less. Next up in the series is Sydney pre-listing Bridie Kennedy.

It has been quite the journey for the now 22-year-old Kennedy. The former Dandenong Stingrays star who shared the 2017 TAC Cup league best and fairest award with Chloe Molloy took a different path to join the Collingwood spearhead at the elite level in Season 7. While Molloy went at Pick 3 to the Pies in the 2017 AFL Women’s Draft, Kennedy had to wait until Pick 36 – the last Victorian selection in that draft – to be picked up by Carlton. The talented athlete made her debut in Round 4 of that season, and held her spot over the final four games.

Unfortunately for Kennedy, she would not add to her total AFL Women’s games tally in 2019, and was delisted at the end of the season. Opting to head back to VFL Women’s level to try and crack back into the elite level, a worldwide pandemic threw more than just Kennedy’s career into uncertainty, as the VFL Women’s season was cancelled for 2020. She had to wait until 2021 to team up with Port Melbourne – having played at Darebin in her final year at the Blues – where she managed the 10 games for the Borough.

It would not be until 2022 when the now-Williamstown talent would finally be able to get some continuity, with AFL Women’s expansion on the horizon. Switching to the Gulls at the end of the 2021 season, Kennedy became a consistent player at VFL Women’s level, attracting the attention of former North Melbourne coach and Collingwood assistant turned Sydney Swans head coach, Scott Gowans. The mastermind coach was familiar with Kennedy, having coached her at Under 16s level in the Dandenong Stingrays and Vic Country programs.

“Bridie is a highly talented player that never really got an opportunity to be a consistent player purely through selection at Carlton,” Gowans said upon announcing Kennedy’s recruitment to the Swans. “I believe this opportunity with the Swans will see her game go to another level. She is a midfielder who can play outside or inside, she has elite speed and great endurance.”

Kennedy makes it onto the 2022 AFLW 10 under 10 to watch list because it is the athletic midfielder’s third season at the elite level, with a two-year hiatus in between where she has been forced to prove herself at state league level. Having done that to earn another contract, this time with the red and white, the former Blue is one who brings with her experience and a level head, having had to work harder than most to earn a second opportunity.