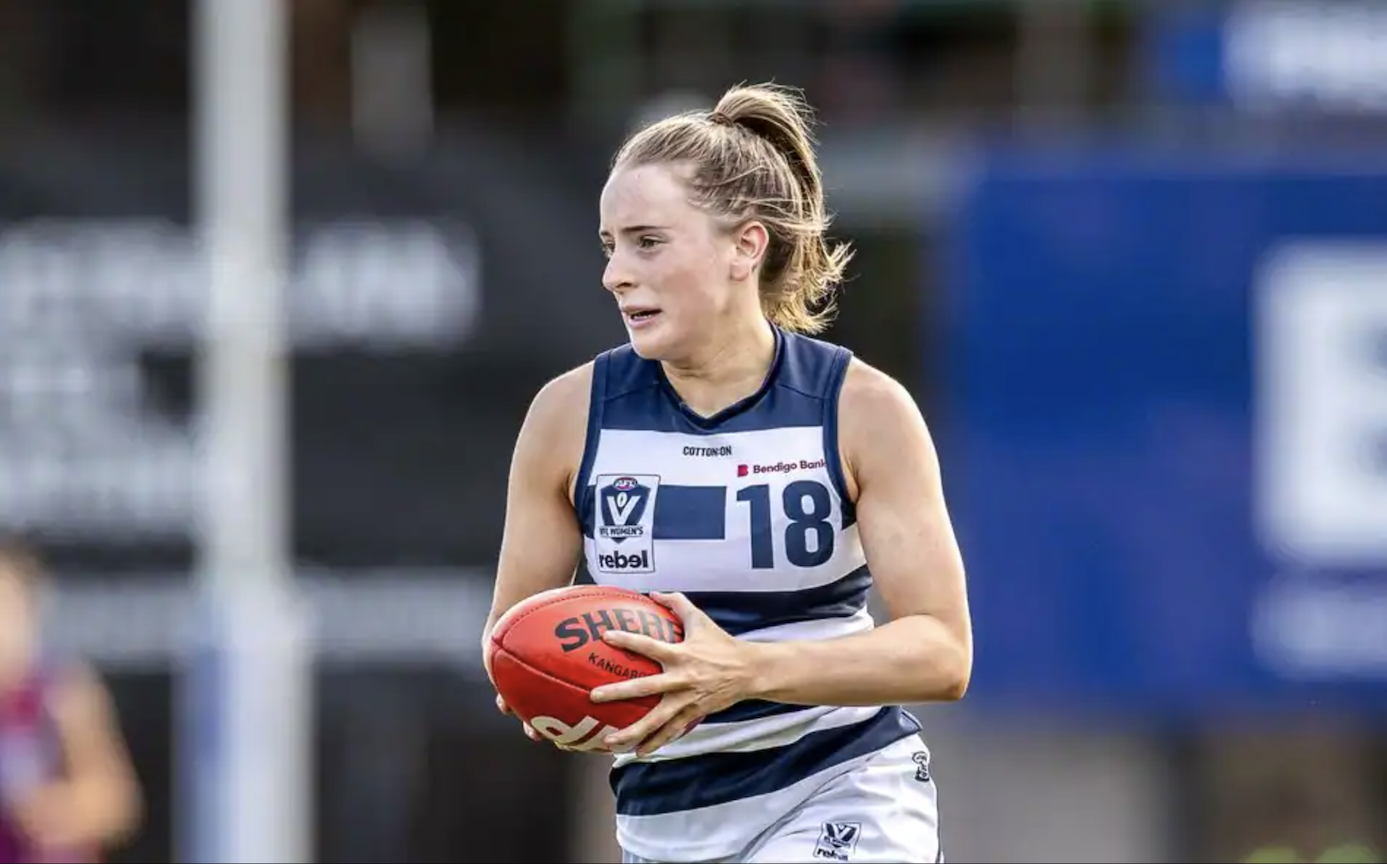 IN a unique series for the lead-up to the 2022 AFL Women’s Season 7, Rookie Me Central will look at 10 players to watch this year who have played under 10 games. Whilst it would be easy to pick those who finished high in last year’s Rising Star, or top picks this year, we have opted to look at players who have been around for at least two seasons – or in previous years – but have only managed to play nine games or less. Next up in the series is Geelong midfielder Laura Gardiner.

Each player on the 10 under 10 to watch list thus far has had a chance of scenery for Season 7, be it at a new club or as a pre-listed player getting a chance. Geelong midfielder Laura Gardiner bucks that trend, in the sense that she will enter her third season remaining on the Cats list. A natural ball-winner, Gardiner’s total games tally sits at eight matches, having found it difficult to break into the side consistently given it is one area where the Cats have made great strides, particularly when it came to inside ball-winners. In Season 7, Gardiner will be looking to build on her five games from 2022, having had another solid VFLW season under her belt.

Gardiner is a player who is best known for her inside work, but can also play outside if required. Her clearance ability is quite strong, but her hands in close particularly standout. She just gets to the right positions to win the ball, which she has done across her first eight games, averaging 13.1 disposals from 60.4 per cent time on ground. She still has areas she is working on such as her kicking consistency, but Gardiner is a player who when playing as that first possession winner, is able to make the players around her better. She is not necessarily a metres gained player or silky outside runner, but Gardiner is able to impact matches in her own way.

After increasing her total games last season at the top level, Gardiner played another seven matches at VFL Women’s level and picked up a mind-boggling 36.4 disposals. Bringing her own pill to the football, Gardiner balances well between hand and foot with almost a completely even split. Her defensive pressure has never been an issue from day dot, but her spread – as emphasised by her 3.6 marks per game – shows she is capable of being a high accumulator. Those disposal numbers are almost double the previous VFLW season (19.8) and eerily similar to her top-age season with the Geelong Falcons, where she averaged 34.5 disposals, albeit across two games.

The lowest tally Gardiner had was in her first game against Hawthorn, picking up 27 disposals, then did not dip below 30 after that, with five consecutive matches of 35-plus, including her final three games of 39, 49 and 39. Though no one is expecting those kinds of numbers at the elite level consistently, Gardiner has built up her trade at state league level and is ready to impact on the big stage. Geelong have lost the likes of Sophie Van De Heuvel, Millie Brown, Denby Taylor and Olivia Barber from the young crop a few seasons back, and now Gardiner will be looking to fulfil her potential at the top level.