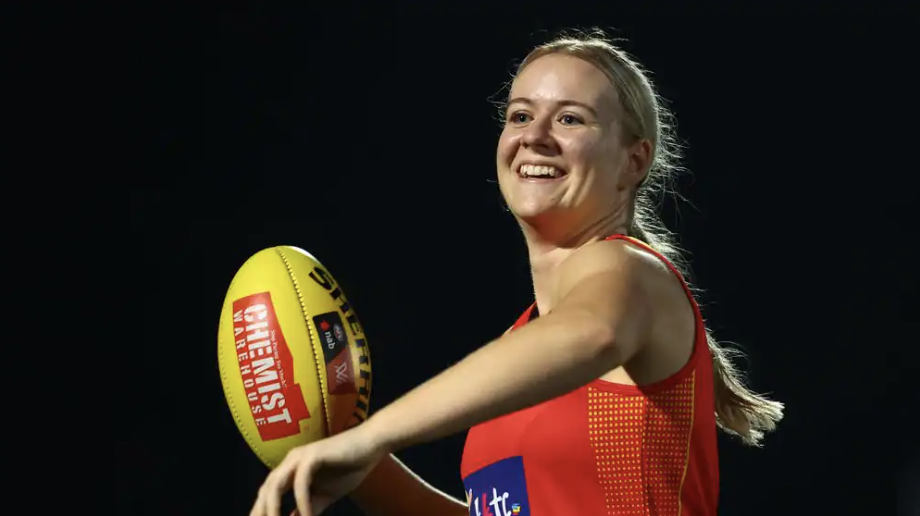 IN a unique series for the lead-up to the 2022 AFL Women’s Season 7, Rookie Me Central will look at 10 players to watch this year who have played under 10 games. Whilst it would be easy to pick those who finished high in last year’s Rising Star, or top picks this year, we have opted to look at players who have been around for at least two seasons – or in previous years – but have only managed to play nine games or less. Next up in the series is Gold Coast talent Annise Bradfield.

Bradfield is the first player in this series coming off an anterior cruciate ligament (ACL) injury that derailed the start of her career before it got going. In just her second AFL Women’s match, Bradfield went down with the long-term knee injury back in 2021, and now just over 12 months later – and sitting out the 2022 season – Bradfield is back and ready to have an impact in Season 7.

The Gold Coast Suns Academy member played at her bottom-age championships in 2019 before COVID-19 put an end to any national carnivals in 2020. Taken with Pick 7 in the AFL Women’s Draft that year, Bradfield came in with plenty of hope for the season ahead, but went down with her knee injury so early in her career. She is a player who could predominantly play forward, but can role through the midfield which is where she played at junior level, standing at 172cm and providing a target. As a December birth, Bradfield only turns 20 later this year, so is still a teenager for the upcoming season.

Highly rated by the club as shown by being the first player taken in the 2020 AFLW Draft, Bradfield is expected to slot into the team when fully fit. As a former hockey player prior to focusing on her Australian rules football career, Bradfield has plenty of experience when it comes to sport, and is someone who might not be thought of straight away when it comes to players to watch given she did just have the one touch prior to doing her knee. There is no denying her talent though, and Bradfield is a player who can have a real influence with ball-in-hand for the Suns now she is back and firing after that injury.