WHITEFRIARS College has won its first Herald Sun Shield Senior Boys Division 1 title in 18 years, fittingly marking the year when most of its players were born, when they defeated regular winner, St Patrick’s College. The seven-point margin was an epic struggle, with just six goals kicked for the match in windy conditions at Box Hill City Oval on Wednesday. In the end, despite only kicking two behinds in the second half, Whitefriars held on to defeat St Patrick’s, 4.4 (28) to 2.9 (21) and lift the Shield aloft.

After winning the Intermediate Boys Division 1 Shield earlier in the day, St Patrick’s were gunning for the double, but were dealt the same blow they were in the first game, when Whitefriars captain Lachlan Reidy chose to kick with the breeze. Then an almost identical first quarter to the first game ensued, with Whitefriars having all the play, but being able to convert three goals in the first 12 minutes and looking dangerous each time it went in. Byron Parton was particularly dominant, slamming home a goal off a turnover two minutes into the match, which also caused a scuffle in the Whitefriars forward 50.

The scuffle did not seem to worry the Donvale-based school, with Parton kicking his second just a couple of minutes later. It came from another intercept mark at the top of 50, and his long booming kick cleared the pack and got the right bounce on the line to go through. It was tough conditions for the defence despite having captain James Clark and Vic Country Under 18s and Greater Western Victoria (GWV) Rebels representative James Van Es back there. Van Es was impressive rotating from half-back to the ruck, while Deng Lual was also having an influence from the back half, but turning over the ball given the windy conditions.

Vic Metro Under 16s Most Valuable Player (MVP) Josh Smillie had a few nice touches off a wing early, but it was the work of Reidy, Ryan Diskenso and Parton that really sparked the underdogs early. Jake Trembath had been a reliable goalkicker throughout the competition and he marked at the top of 50 only for an encroachment to walk him to the goalsquare. Soon enough, Whitefriars was up by 20 points at quarter time. Rebels forward Beau Tedcastle and Lual had both produced massive run-down tackles much to the delight of the St Patrick’s crowd, while captain Clark was a rock in defence. Up the other end, Zac Walsh was similar reliable off intercept marks for Whitefriars as the team took the advantage into quarter time.

The second term belonged to St Patrick’s but the Ballarat-based school could not capitalise on their chances, booting 1.5 to 1.0. An early goal from Max Filmer – who read the ball flight perfectly and ran to the back of the pack and into an open goal – calmed the nerves of the team, but they would continue to pepper the goals with no success. Under 16s All-Australian Sam Lalor – who made his debut with the Rebels on the weekend – had several chances, with Tedcastle also lively in there. Jack Jeffrey at one stage marked at the top of 50 and had a ping but it too went wide, with Isaac Hucker hitting the post from a flying shot, and missing one to the far side.

When Whitefriars had its opportunity inside 50, it took it via Trembath who slotted his second goal from a 30m set shot after being held without the ball, and his team held on all the way to half-time. It did get fiery in the last few minutes, with the St Patrick’s forwardline flooded with Whitefriars players to desperately hold on and ensure they did not give up a late goal. It worked, but irritated the St Patrick’s players with many not pleased with the tactics and there were plenty of spot fires happening just after the half-time siren sounded. As the players broke away, captain Clark called his teammates back into a huddle and gave an address to try and see if they could fire up on the scoreboard in the second half.

After half-time it was a dire struggle, with both teams defending brilliantly despite the ball largely being in one forward half of the ground. The third term went to plan for St Patrick’s producing repeat stoppages and keeping it between the arcs, as Joshua Sparkman had a brilliant term, backing up a solid first half, while Clark and Lual continued to dig deep. Van Es was winning the ruck battle, while Tedcastle almost slotted a ripping goal from the boundary line but missed to the left.

St Patrick’s had a couple of late chances themselves but completely blew it through unselfishness, with Alex Molan and Van Es giving it to Tedcastle who tried one too many handballs and the opposition defence mopped it up. A moment later, Van Es marked all alone 40m out but went for the short chip kick that missed and Whitefriars cleared again. Luckily for St Patrick’s, they kept Whitefriars to just one behind in the term, so the one behind they scored was not as crucial for scoreboard pressure.

Heading into the final term with the breeze and the belief they could overrun the opposition like the Intermediate Boys had, St Patrick’s had it locked in the forward half for most of the term. Lalor and Trembath both missed chances, but it was the Filmer miss from 30m straight in front that hurt the most. After an outstanding individual effort from Tedcastle to sidestep three opponents and snap around his body to hit Filmer, the goalkicker form the first term sprayed it to the right and the margin was still 14 points.

Khy Jess had done a lot of work through the second half for St Patrick’s, and the side would finally hit the scoreboard in a big way through Jesse Cairns, who received the ball gratefully from Reidy inside 50 and snapped around his body in the 12th minute to make it an eight-point deficit. A couple of minutes later, it looked like Van Es and Ethan McKercher had found space to eventually get it to Clark 40m out for a set shot, but the captain was called to play on for it not being 15m and he was forced to rush the kick with opponents everywhere and go through for a behind.

The last couple of minutes was just locked in the St Patrick’s forward 50, with the defenders holding a strong line, with the likes of Sparkman and Van Es marking anything that went outside the forward 50. With incredible numbers in there, finding a target was near impossible, and, after multiple forward 50 stoppages, the siren eventually sounded and Whitefriars could celebrate the seven-point victory. The friends and fellow students flooded the ground to enjoy the school’s first title in 18 years, as St Patrick’s rued so close, yet so far.

Reidy won the Player of the Match honours with Diskenso, Trembath and Walsh all busy. Josh Tovey was influential off the wing, and Christian Ciampa also provided some eye-catching dash across the ground. Parton’s first quarter sparked the winners, and he certainly had his moments throughout the match. For St Patricks’ Sparkman, Clark and Van Es were the standouts across four quarters, with Rebels Tedcastle and Lual bringing the pressure as well as some eye-catching highlights in the narrow loss. 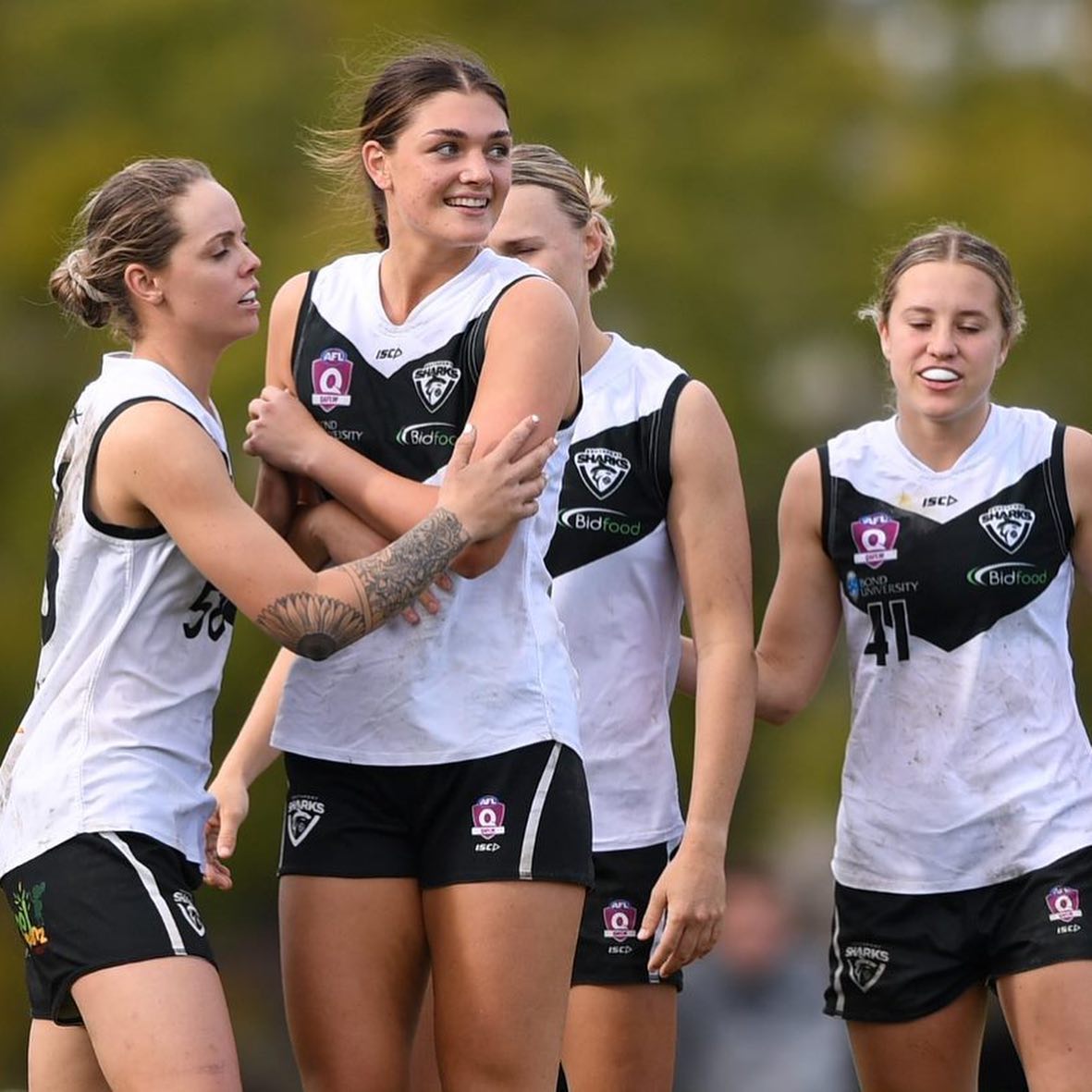