Coach Gowans in a familiar yet unfamiliar position 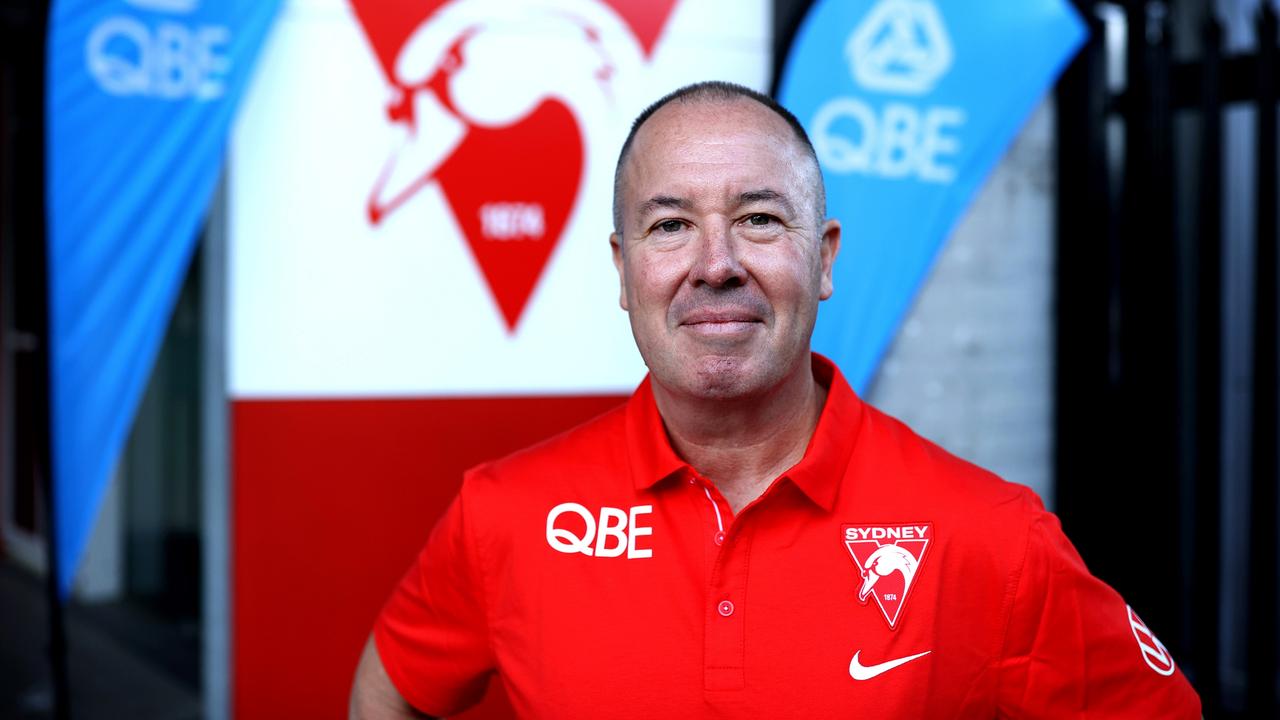 IF anyone is well trained in how to put together an AFL Women’s list, it is inaugural Sydney coach Scott Gowans.

This is the second time Gowans has helped put together an inaugural list, after he was the inaugural coach of North Melbourne back in 2019. He described the process this time around as “very different” to the first time around when he did it with the Kangaroos, and this was due to a variety of reasons, from resources available to the nature of the talent available in the market and many other reasons.

At North the strategy was top down, trying to get the best talent from around the country as possible.

With Sydney the list build was from the bottom up, and because of the speed with which decisions needed to be made the players the Swans were able to attract were more likely to be ones seeking more of an opportunity. Gowans said that a solid foundation to the list was key so that if they did land a big finish it was “a nice bonus”. However, he did admit that because of the short timeframe they had to create the list, they did not land all the big fish they wanted because they were unable to afford those players the time to go away and truly consider the offer and get their life and affairs in order.

A couple of top end talents they were able to land, much to the initial surprise of some, were Victorian draftees Montana Ham and Sofia Hurley. Gowans explained how the Swans managed to convince the pair to come up to the Swans instead of nominating for the Victorian pool.

“It was a strategy that we took that we would particularly with those two, that we would target a couple of players that we thought might be able to assist us down the track,” Gowans said. “It was a mindset that we actually might not land them this year but introduce ourselves and get them comfortable so that if there was an opportunity down the track they may consider Sydney. “The strategy probably developed from that mindset in that we didn’t go there and say we’d love you come to Sydney and this is why, so it wasn’t a sell it was more just an introduction type of discussion.”

With the short turnaround between Seasons 6 and 7, Gowans said that it did not necessarily change anything in Sydney’s timeline of getting ready to join the competition, it just sped things up.

“When I got employed, I was employed on the basis … at that point preseason was starting in November and the season was starting in February and then two weeks into my employment we found out there was rumours about the season moving forward,” he said. “At that stage it was really only Kate Mahoney the EGM of AFLW and myself and that’s it, and once we heard that we thought “Jeez, we need to get going with staff and players and we did that, and then ten weeks later we started preseason, so it was a little bit of a whirlwind.

“From a football sense it didn’t change because I was pretty much aware of the way I wanted to play and train, so I was able to shape the squad to suit that, which is very unique in football. “Normally when a coach comes into a club it’s an existing club and you’ve got to really see what you’ve got before you can shape the game plan around your philosophies and things like that, but this was completely different, where I was able to say this is the way I want to do it, this is the way I want to play, what traits do we need, what do we need to look for, and then we just go bang. “It didn’t really change anything, it almost just fast tracked everything.”

Gowans said that despite preseason having gone well for his time, there certainly had been some challenges.

“Preseason has been going well,” he said. “It’s been a bit of a battle, I reckon because a lot of our players anyway haven’t trained four times a week, so they’re just adjusting to that I suppose, monotonous effort that it takes to train, recover, do it again. “We’re finding probably over the last week and a bit that some of the players are getting a bit tired, but the good thing is we’re not copping a lot of injuries, it’s more just a matter of managing players rather than everyone in rehab.”

Even before the side’s practice matches against GWS and Collingwood, Gowans was realistic about the goals for the season.

“I reckon the goal is to know what our benchmark is, so that we can then build and develop for season two. It would be very simplistic and unfair I think if I sat here and said our goal is to make finals when I’ve never seen this group play together, no one has and never seen this group play against competition that’s of the top end, well it’s the best competition in Australia. So you just can’t predict it,” he said.

“From what I’ve seen at training I think we’re going to be ok, we’re going to be competitive, but like all new sides the synergy and connection, 10 weeks ago these girls didn’t know each other, so expect to come into a season against sides that have done six preseasons is you’d be stupid to predict anything wouldn’t you?

“It’s foolish, so I think my goal is to find the benchmark as quickly as possible. “Hopefully that’s after only three or four rounds, but if it takes 10, it does. “Once we know the benchmark we can start pulling apart and adding things into the game plan and all those things you do as a coach, and ultimately list management off the back of that as well.”