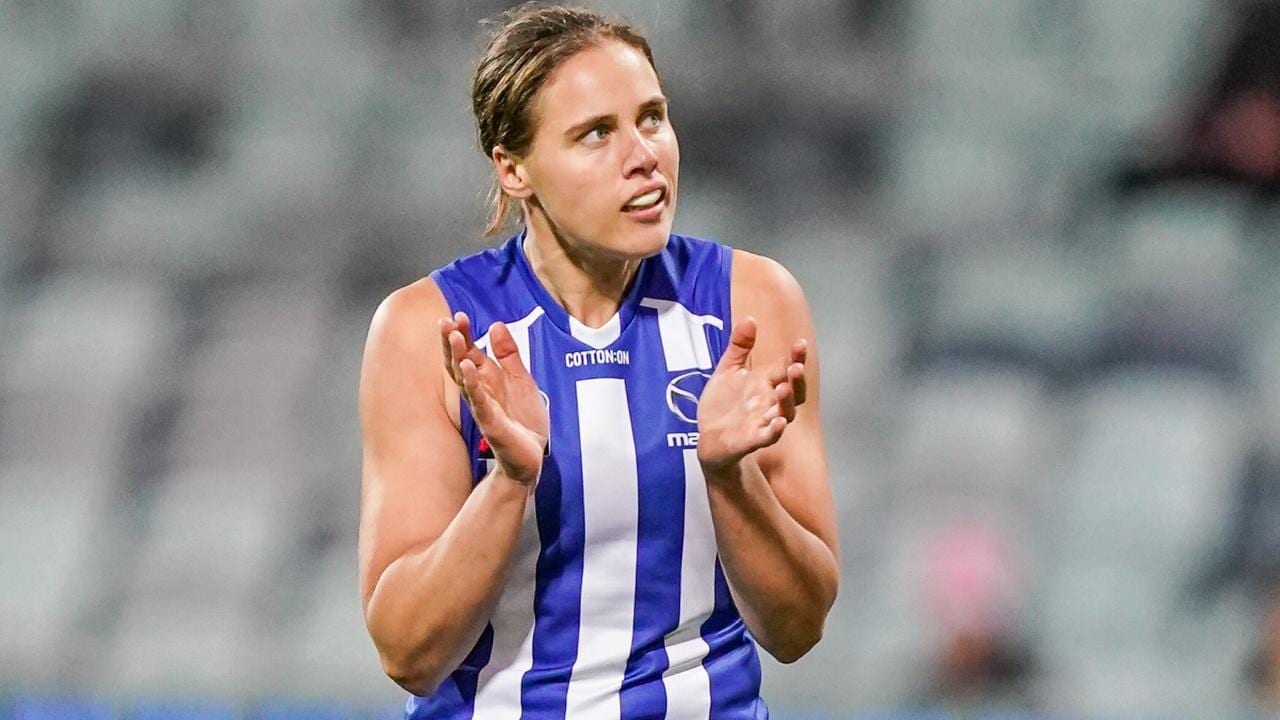 ROUND 2 produced entertaining round of AFL Women’s action on the weekend, and plenty of star performances. We highlight a bunch of them with a recap of who leads the key statistical categories at this early point in the season.

It’s a pair of younger stars leading the way on the average disposal count.

Giants star Alyce Parker and Cat Amy McDonald have both registered an average of 26.5 disposals a game thus far this season, with Anne Hatchard just behind on 25. Both Monique Conti and Jasmine Garner have an average disposal count for the season of 24.5 and round out the top five.

Taking a look at the inside 50s, and it is a wide variety of players who occupy the top five places.

Rebecca Webster and Georgia Patrikios round out the top five with an average of five.

Next on the list is Bianca Jakobsson with 6.5, followed by Ella Heads with five and Tarni Evans with 4.5.

There are a few players who have proven to be quite the tackling machines this season.

After her brilliant debut, Eilish Sheerin still leads the intercept possessions count with an average of 11.5 a game, followed by Stacey Livingstone, Natalie Grider and Laura Pugh who all have an average of nine.

Libby Birch rounds out the top five with an average of 8.5.

Moving across to the metres gained category, and it’s Chelsea Biddell who leads the way with an average of almost 400m gained.

The clearance queens of the AFLW are spread right across the competition.

Finally taking a look at the goal kicking tally, and it is still Kate Shierlaw who leads the way, followed by Greta Bodey, Ashleigh Woodland, Darcy Vescio and Courtney Hodder.