AFLW Season 7: Round 8 Talking Points – Lions and Tigers oh my! 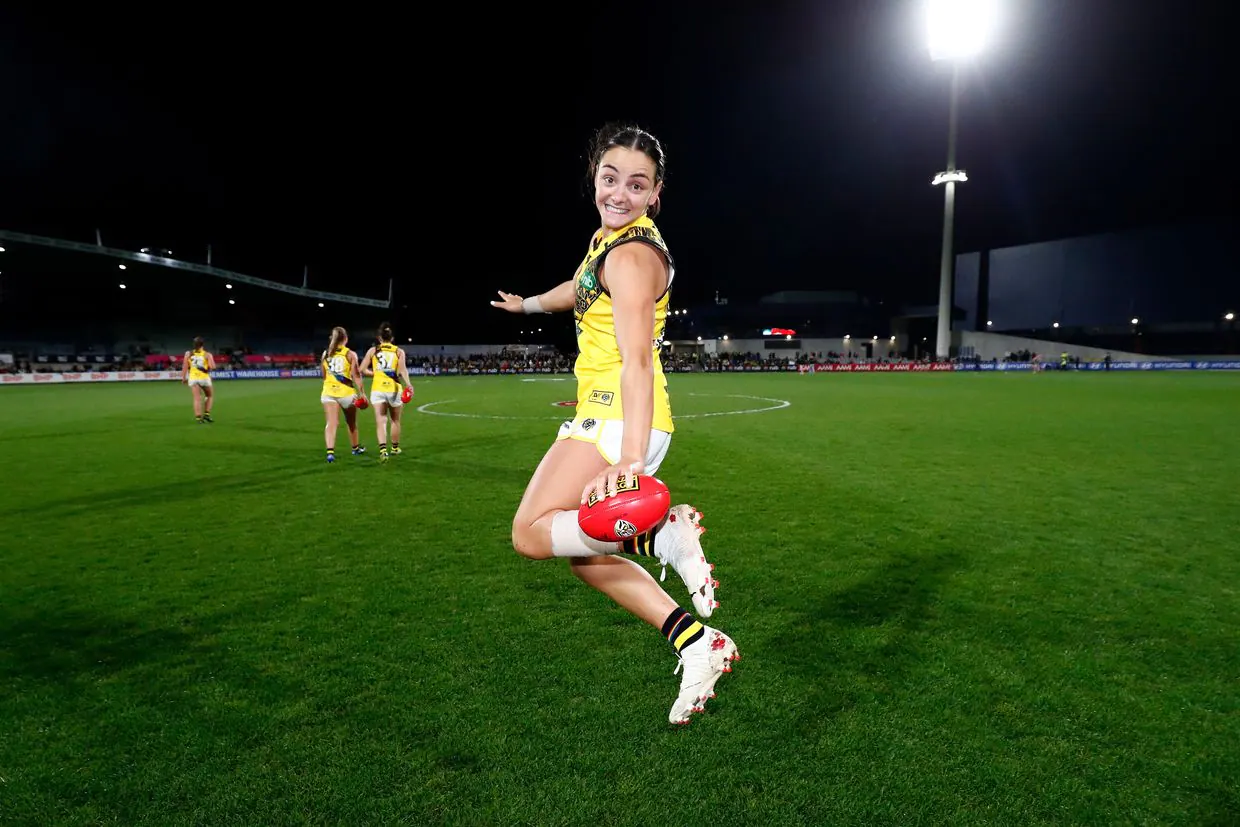 BRISBANE reestablished itself as the team to beat in the 2022 AFL Women’s season, with an eye-opening 22-point win over Adelaide at Metricon Stadium in a top of the table clash on Friday night. Meanwhile down in Victoria, Carlton looked on the verge of an upset against finals-bound Richmond, only for the Tigers to roar to life after quarter time and come away with the four points.

Richmond has won their sixth match in a row, after accounting for Carlton by 10 points. Despite a slow start, Richmond worked its way into the game and ultimately overpowered the Blues.

Carlton got off to a very fast start, and with its pressure up, had Richmond on the back foot early. In the first quarter alone, they had 12 inside 50s for six scoring shots (4.2), compared to Richmond’s mere three inside 50s for two scoring shots (1.1). Unfortunately for Carlton though, the Blues were unable to maintain that first quarter performance after quarter time as Richmond crept their way back into the game.

Despite the poor start, Richmond really regrouped after quarter time. The Tigers were a bit panicked around the ball in the first quarter, but they really recomposed, did not panic about how far behind they were and worked themselves back into the game.

Conti as dangerous as ever

As she is most weeks, Monique Conti was an absolute star again for the Tigers again last night. Ultimately finishing with 30 disposals and five clearances, every time she was able to get free she was an ever present danger, creating a lot of forward momentum for her team.

Another Tiger who had a stellar game, this time up forward, was Courtney Wakefield. A strong mark in front of goal and perhaps benefitting from the return of Katie Brennan to free her up, she finished with four majors.

Blue stalwarts star despite the result

Despite the result, a couple of the Blues’ leaders really stood up and had great games. In her 50th game, captain Kerryn Peterson really lit up the game early, creating a lot of run, landing some very handy tackles and even kicking a major. Up the other end, Vaomua Laloifi was again a stalwart in defence, taking a lot of handy intercept marks, creating run out of defence and creating quite the hurdle for Richmond to overcome.

It was a huge performance from the Lions who did not let up from the first bounce until the final siren, laying 61 tackles to 41, in a game where they also had more disposals and more inside 50. They got their hands dirty and then exploded from the contest to apply scoreboard pressure. Perhaps the most impressive aspect was the fact the Lions star onballers lead the way ith Cathy Svarc (12 tackles), Ally Anderson (seven) and Emily Bates (six).

In just her second AFL Women’s game in as many seasons – and both this year – tenacious forward Mikayla Pauga was praised by coach Craig Starcevich. The small had 11 pressure acts to go with her 12 disposals, and really looked at home. Starcevich said she had always been a clean player, but it was great to see her get it done against “good opposition”. Along with Pauga, the Lions coach praised fellow youngster Isabel Dawes for her intent all game.

Crows captain Chelsea Randall is never one short of putting her body on the line, but she had to come off twice during the game, albeit with minor injuries. Randall suffered a split lip following a dust up with Brisbane winger Sophie Conway and had to go down into the rooms to get stitched up. Then, after kicking a crucial goal in the third term to give the Crows a sniff, ended up landing awkwardly in a marking contest and rolled her ankle laterally. Though “the best way to do it”, Crows coach Matthew Clarke said her availability next week would be a “wait and see”. Somehow Randall still had 23 disposals, four marks, five tackles and seven clearances along with her goal.

Clarke conceded that while his side was not bad, the Crows were just outplayed by the better team. He was impressed with the first quarter, but could not apply the same level of contest pressure the Lions did after that. Though the likes of Randall (seven clearances), Anne Hatchard (four), Ebony Marinoff (three) and Caitlin Gould (three) helped the Crows win the clearances by seven – including an 11-3 centre clearance differential, Clarke said the Crows let the Lions run away with the ball a bit too often.

Lions determined not to let up

After passing the test against other key contenders so far this season, Starcevich said the Lions were determined not to have a repeat of the Richmond game when they take on Hawthorn next weekend. Brisbane travels down to Frankston to take on the Hawks on Saturday night, and though the match looms as a one-sided contest, Starcevich said he was sure his players would not produce the same effort that they did against the Tigers backing up from a great win over another contender in Melbourne.