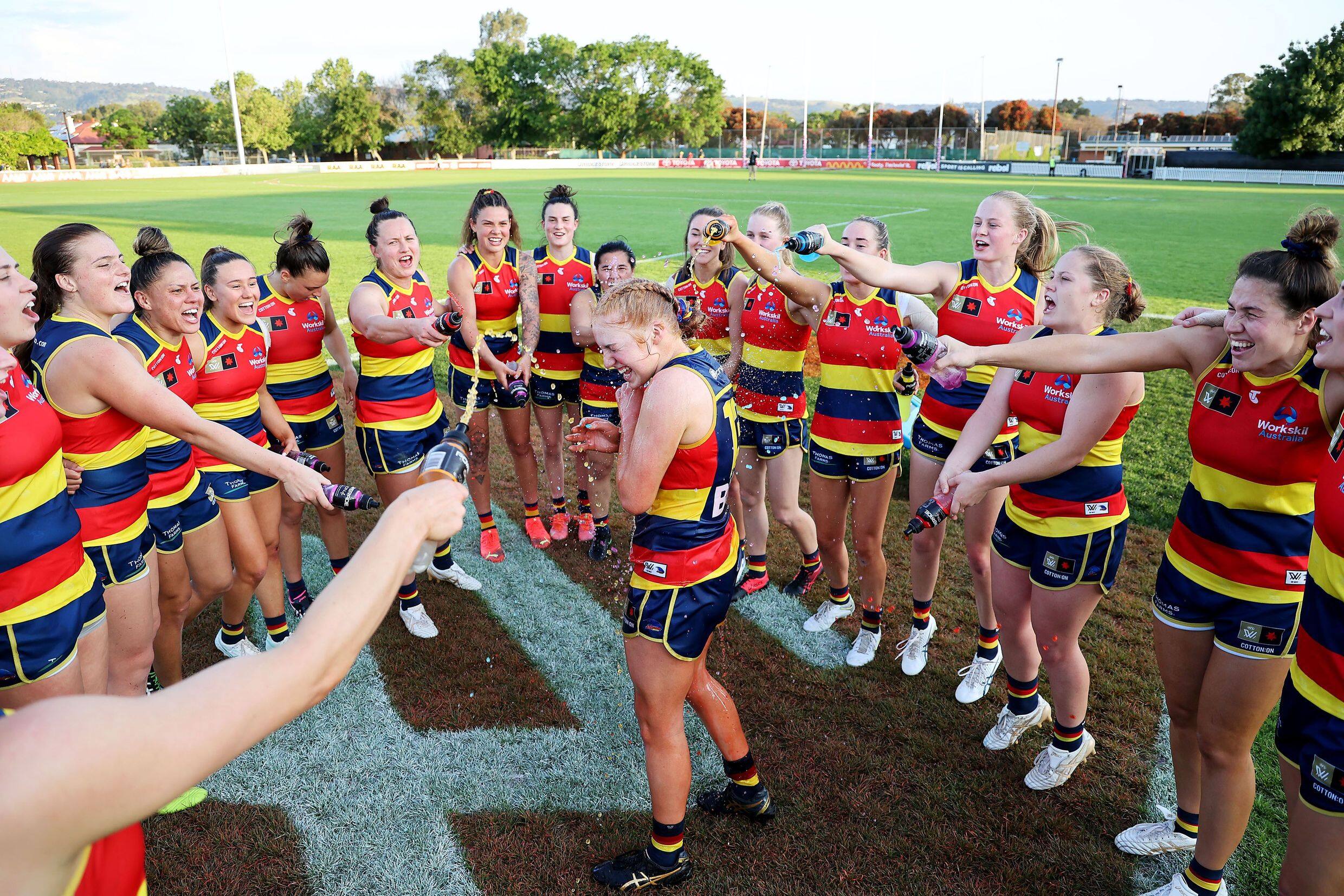 ADELAIDE coach Matthew Clarke said he was just happy to come away with the four points after an ultra-struggle against Geelong at Unley Oval. In a match that effectively decided a double chance, the Crows got up in a nail-biter, 4.6 (30) to 4.4 (28).

“I thought it was a great contest, I thought there were periods where Geelong had dominance and we were able to hold on,” Clarke said. We won the inside 50 count but we probably weren’t particularly effective going in there and ultimately just a good game of footy and we’re happy to come away with the win.”

Playing at Unley Oval, Sturt talent Kiera Mueller made her debut in front of a Double Blues home crowd, with Clarke praising her composure and effort in particular.

“She had some great moments,” Clarke said. I think for a debut game, she didn’t have a heap of possessions but she brought the pressure and when she did have the ball she looked really composed for a first gamer, that was an outstanding start.

“Maybe the home deck helped. The crowd was definitely in the game, it was an exciting game. When Danielle (Ponter) was running in for potentially the second of two goals of the year, there was a bit of noise, but she didn’t quite finish that one.”

Clarke said he felt it was the most even team performance of the season, with on-ball duo Anne Hatchard (24 disposals, seven tackles and six clearances) and Ebony Marinoff (23 disposals, three marks, six tackles and three clearances) at their usual level. But every Crows player on the field had at least five touches, with the majority having eight or more. That was of course without captain Chelsea Randall.

“Chelse is a pretty good player and we were obviously not to have her, particularly for the leadership she brings to the group,” Clarke said. One of the most pleasing elements of the game was the ability to play in a tight contest, not have it all go our way but to find that composure down the stretch and finish off with an important win.”

Ex-Eagle Niamh Kelly is one highlighted by the coach as having stepped up since recovering from a shoulder injury earlier in the season. Having taken a while to adapt to the team, and then having injury strike when it did, Clarke said it was pleasing to see her performing strongly, even kicking a goal in the tri-colours for the first time.

“We’re loving having Niamh as part of the team, and her preseason was outstanding, trained the house down,” he said. Probably her first didn’t quite go to plan and she was out for a couple of weeks, but her game against Collingwood was outstanding. She only played just over a half, but had a really strong impact. So then it’s been recovery for a month to try and get the shoulder for as good as it could be, but today I thought was significant obviously impacting on the scoreboard.”

Next week the Crows head to RSEA Park in Moorabbin where they take on St Kilda on Saturday, October 29 from 3:10pm. The assignment is simple for the South Australian side – win and the Crows get the double chance; lose, and rely on other results – and Clarke admitted there was still “a bit of work to be done”.

“I thought Geelong probably owned the outside of the contest, they were able to use handball and to release players on the outside, I think we’ve still got a little bit to do in that area,” he said. I thought Geelong’s aerial probably had the better of us as well.

“They’re two little fundamentals of the game we need to tighten. Then probably the other piece today is to get 35 inside 50s and to not maximise that advantage. But there’s always something to work on.”