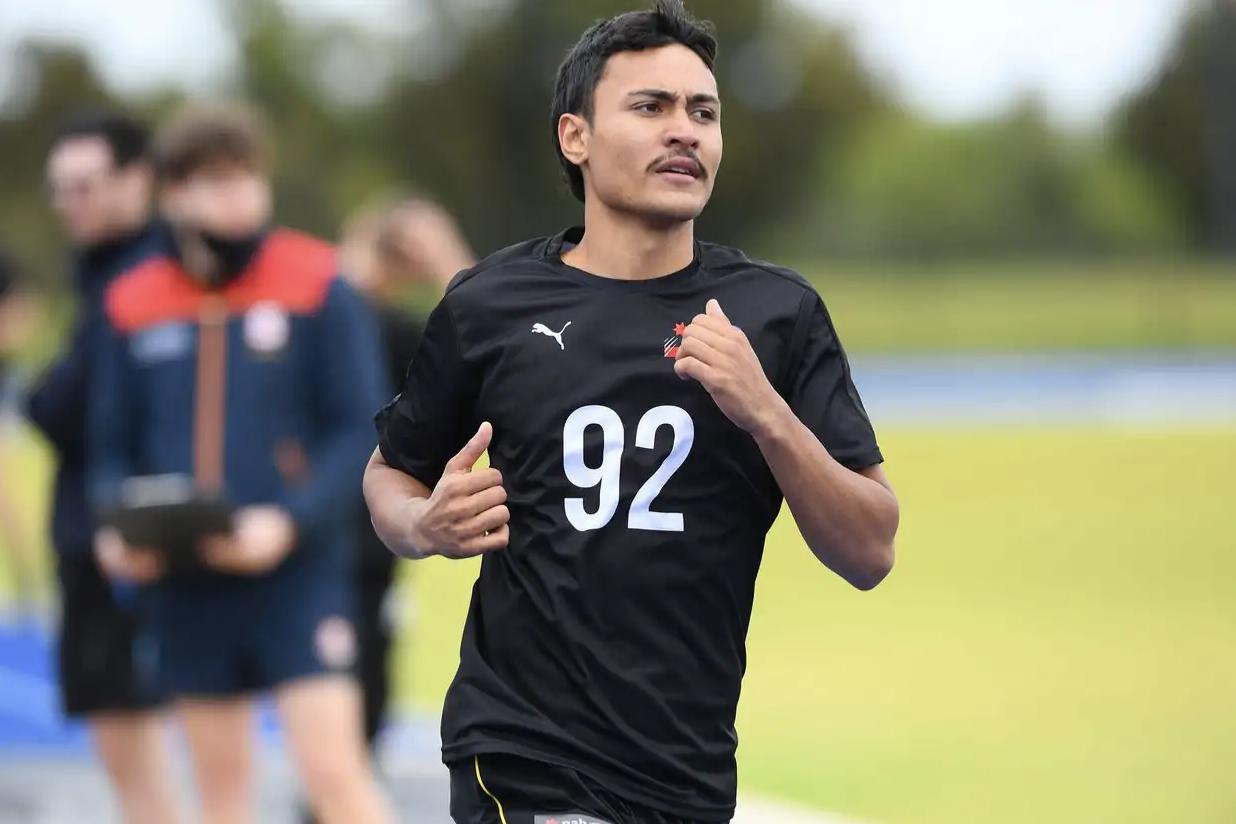 SNAPSHOT: "A lively ball winner with clean hands and crafty evasive skills, who can also make an impact around goal."

One of the Northern Territory's brightest prospects this year is Andy Moniz-Wakefield, who is also tied to Melbourne's Next Generation Academy (NGA). The Nightcliff junior has plenty of senior experience under his belt having made his NTFL Premier League debut in 2020, cementing his spot in a very strong side and holding his own against bigger bodies. He was a key member in the NT Thunder Academy's midfield during a two-game NAB League stint this year, and also turned out for an improvised Allies team before his South Australian draft combine dig. With slippery work around the ball and the ability to kick goals, Moniz-Wakefield adds a bit of spark to the play.

As a midfielder for the NT Thunder Academy, Moniz-Wakefield was among his side's top two ball winners in both NAB League games. He proved his worth at the centre bounces, showcasing clean hands - especially at ground level - and the ability to slip free of congestion. With those traits, Moniz-Wakefield is the type who can get his team going on the front foot from midfield in quick time.

While not overly quick in a line-breaking sense, the 180cm prospect has a zippy first five steps and it is often enough to get him onto the outside at stoppages. Combined with that turn of speed, Moniz-Wakefield is an evasive mover who twists, turns and rolls his shoulders to ensure he can steer clear of would-be tacklers and get a disposal away.

Coming away from the contest, Moniz-Wakefield is generally a sound kick over short ranges. He can dart his disposals on the move and when dropping back to accumulate, is usually efficient. Though when dumping out of a stoppage or kicking over 40 metres, Moniz-Wakefield falls a little short and can sacrifice accuracy to gain meterage. This is also the case with his finishing on goal.

He was not among the better 2km runners at the South Australia's draft combine, so can work on his endurance running, too. With the ability to play in bursts, Moniz-Wakefield would benefit from building strength to stick more tackles, but also adding the endurance element to maintain his power for longer and make better disposal decisions under fatigue.

With one of Melbourne's NGA products set to go within round one, the Demons have the opportunity to take one of their own in Moniz-Wakefield, should they see fit. He would most likely attract interest with a late selection and if not nominated by Melbourne, may also be a rookie option. There are some very handy natural footballing elements to Moniz-Wakefield's game but also plenty to improve on, making him a developmental type.