Edward "Ned" McHenry is a player who has not let size get in the way of his AFL dream. There are not too many mid-170cm players who are talked about as first-round prospects, but that is how impressive McHenry has been over the journey. While his size might put some clubs off, like any smaller player coming into AFL draft consideration, McHenry has plenty of impressive traits that catch the eye, and he is certainly going to be a handy pick-up for whichever club decides to draft him. He is smart with the ball in hand, can evade opponents and run all day long with an elite tank, while he can play inside or outside - though he does not mark as much as other midfielders - and he is a profound tackler who loves the defensive side of football as much as the offensive side of football. He will likely fulfil that small forward role at AFL level, providing plenty of defensive pressure, or he could pinch hit on the outside being the player to use the ball going inside 50, however he does have limited speed. Either way, we expect he lands somewhere in the second round.

McHenry is a player who you would love as your teammate, but hate as your opponent. He has that fiery passion to bleed for the jumper and defend his teammates at all costs. At times it can result in free kicks going the other way, but if there is one player in the draft crop that you can guarantee will fly the flag for a teammate copping attention, that is certainly McHenry. He is not afraid to let an opponent know if they have made a mistake, but he walks the walk as well as talks the talk, running both ways impressively. His massive endurance base - a draft-crop leading 22.2 on the yo-yo test and an impressive 6:11 on the 2km time trial at the National Draft Combine, means he is in the elite echelon of gut-runners and this is the main thing that sets him aside from a lot of the other draftees.

On-field, his evasion, decision making and clearance work helps him have a few tricks he can display, and he has the ability to win the ball at the coal face, then dart out of a stoppage, not through acceleration, but through evasion. With ball-in-hand, McHenry makes good decisions, especially going inside 50, often pulling kicks or putting them in front of his teammates to their advantage. He finished the TAC Cup season with 66.3 per cent by foot and a 12 per cent clanger kick percentage rate, which is solid considering his role. He averaged 4.9 clearances, though that was ultimately diluted by moving around the ground and not being a pure inside midfielder the entire year, same with his tackling. McHenry recorded 5.3 tackles per game in the TAC Cup season playing between midfield and forward, then once he got his chance predominantly forward at the National Under 18 Championships, McHenry doubled that average to easily be the leading tackler from the competition. This is just one area of his team-first approach that he takes to his football and one of the reasons why teammates love to have him on their side and why he will no doubt be a player that future teammates enjoy being around.

In terms of improvements, there is not a great deal that McHenry does not at least do to an adequate level. He could be more consistent week-to-week, which is something that plagues almost all Under 18s players at some stage. It can depend on his role - whether he is inside, outside or forward, but generally he has some unbelievable games, and then some quiet ones. Case in point was against Calder Cannons in the Wildcard Round, he was a clear best on ground with 20 disposals, six tackles and two goals, more importantly standing up while co-captain Sam Walsh was copping plenty of attention from the opposition that day. The next week in Geelong's elimination final loss to Gippsland Power, he still had 18 disposals and three marks, but his impact on the contest was limited, not hitting the scoreboard and generally being a lot quieter. Secondly, McHenry is not the quickest player out there, which can often be overshadowed by his evasion and endurance, but in terms of acceleration or general speed, McHenry does have an area to build on. It is one of those things that will not be an issue for him with a forward role, but might be the question mark on an outside midfield role.

Ned McHenry is a great player who clubs should not overlook just because of his size. Like any Under 18s player, McHenry has his great games and his quieter games, and he is not the quickest player going around. However, he is the draft crop gut-runner who is a tackling machine with good evasion techniques and decision making, as well as an ability to win clearances and play through the midfield or up forward. He is one of those players that will have a high standard he sets himself, and once he slots into a club at the elite level, expect him to get the absolute most out of himself. 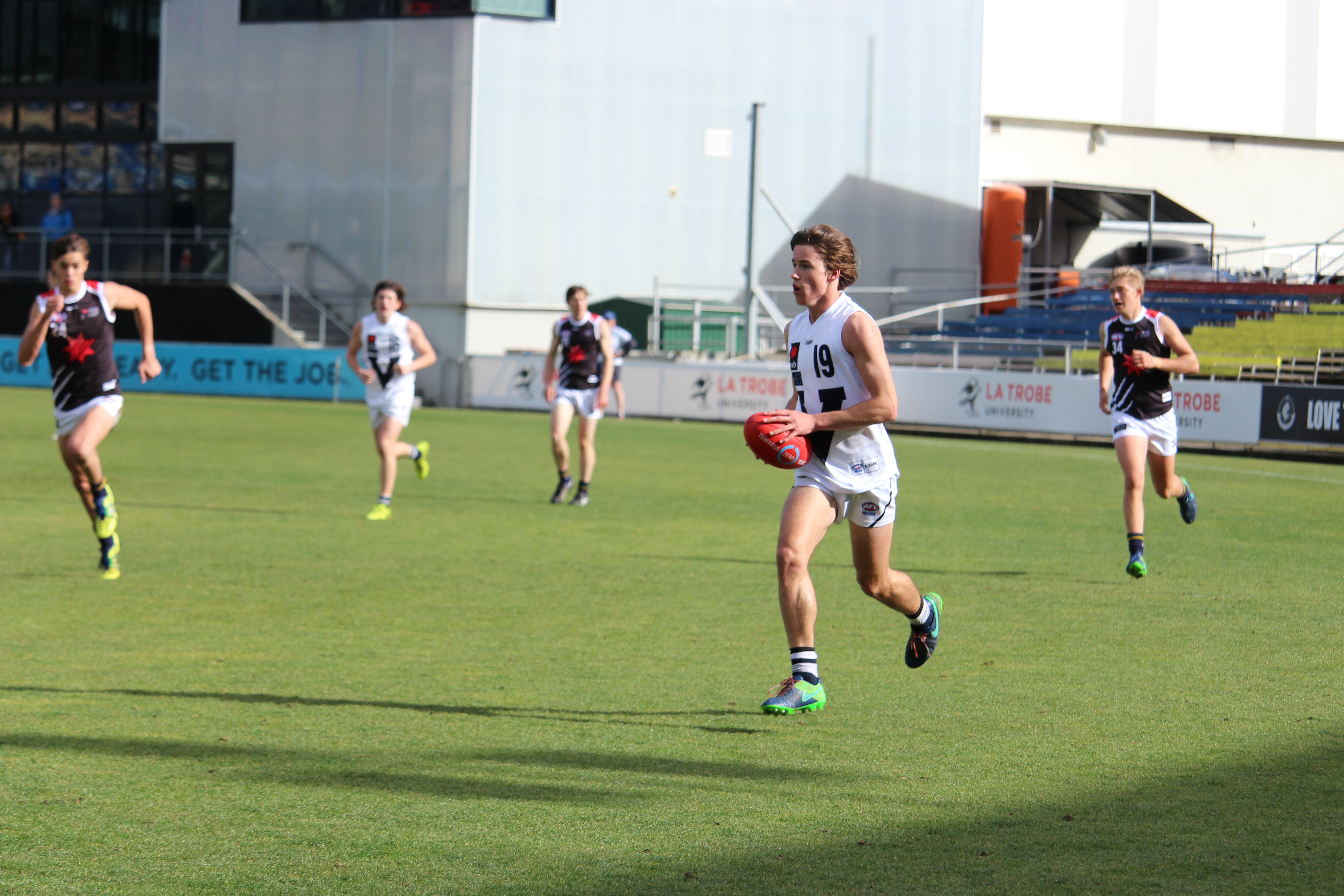 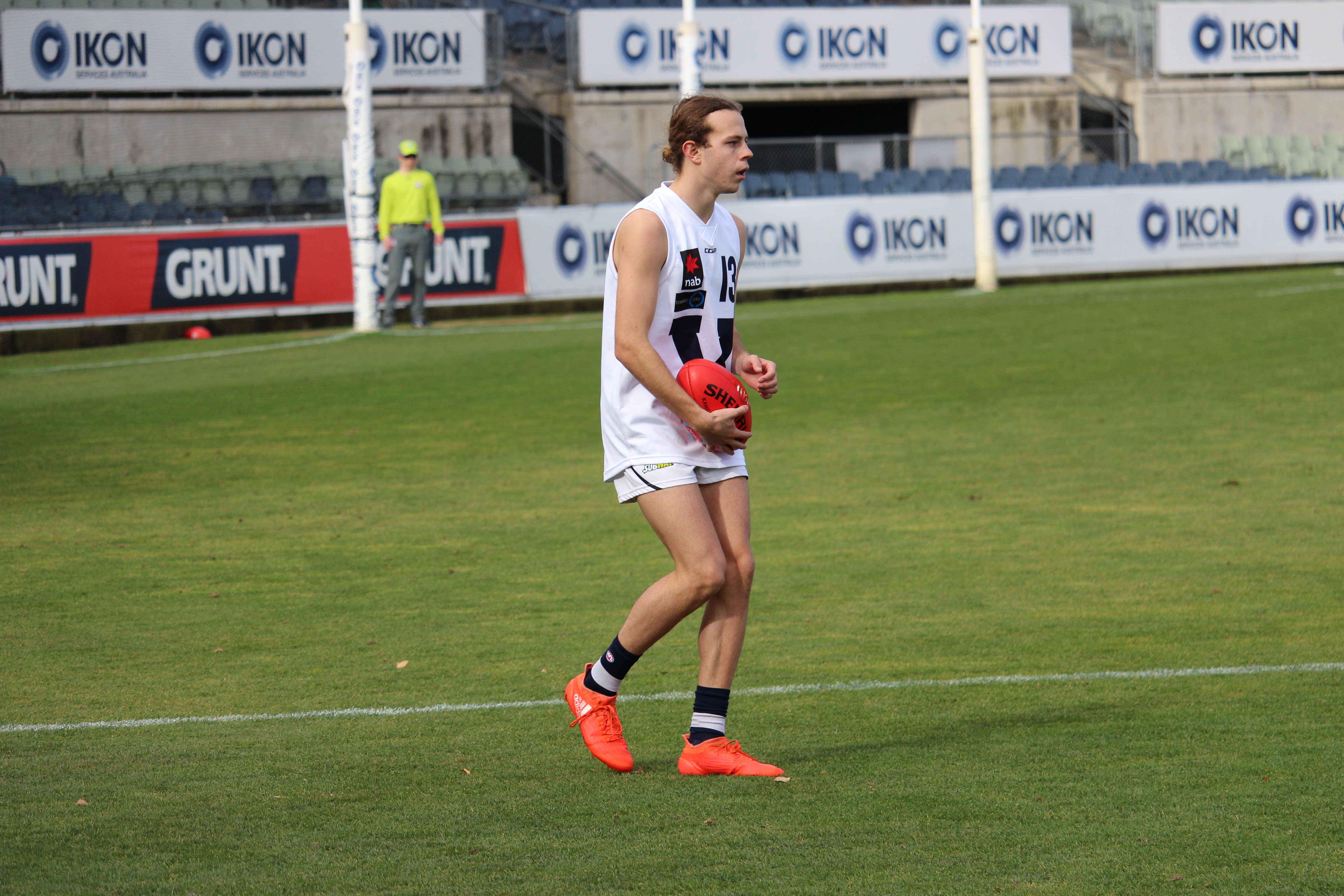 Inside presence for Vic Country U18 squad