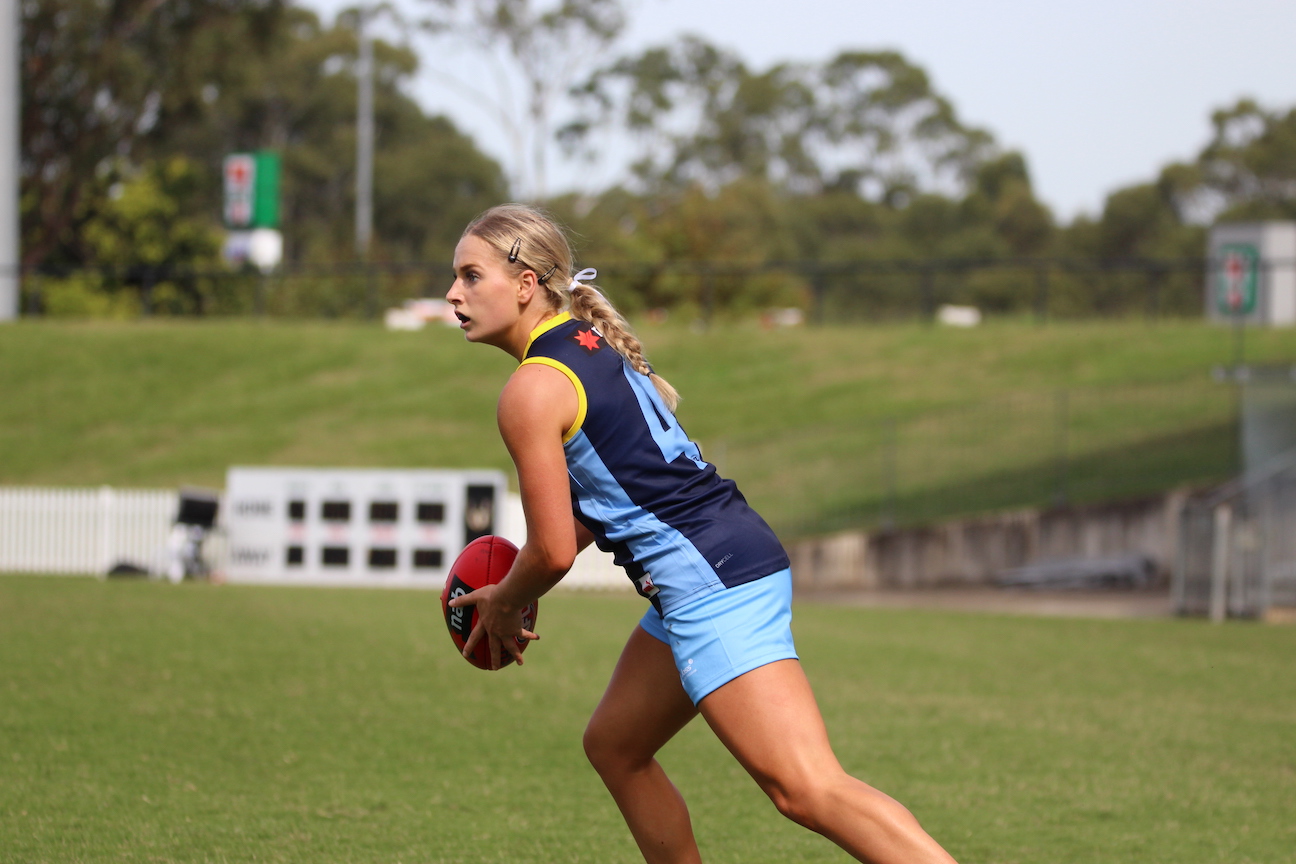 Freya Taylor is a defensively-minded midfielder who can fill other roles around the ground, coming from the Inner West Magpies. Also playing at Port Melbourne for a three-game stint, Taylor is a hard worker who is clean in close and also evasive. Her production numbers will need to lift at the next level, but as a member of the Swans Academy, she will be under the watchful eye of the club.

Freya Taylor is a member of the Sydney Swans Academy, and is seen as a player with a fair bit of upside going forward. She gained experience at VFL Women’s level for Port Melbourne, with a season-high 11 touches coming against the Western Bulldogs in Round 8. The other two matches she only managed the two disposals apiece, but laid eight tackles against Southern Saints on debut in Round 7.

Taylor did also step up at the AFLW Under 18 Championships, representing NSW-ACT and then the Allies, for an average of 3.5 disposals, three tackles and one rebound 50. Though her production numbers are low, she is a player who has a number of traits which have earned her an AFLW Draft Combine invite. Her defensive pressure is a clear one; even when she is not laying tackles, she is harassing the opposition and applying pressure to the ball carrier.

Taylor is also an evasive type with clean hands and a high work rate. No doubt if she can get her hands on it a bit more, she can do a lot of damage in close, as she is comfortable attacking it hard. When playing for Port Melbourne, things did not always go her way stepping up to the level, but she was able to put her body on the line when it counted, and get invaluable experience against senior opponents.

The Inner West Magpies youngster clearly needs to lift her production in the future, and she is more of a long-term prospect who is still learning the craft. She can be effective by foot, but is more of a hit and miss where she can be pinpoint, but then also spray it out on the full. Her ability to cover the ground works well, plugging in holes here and there. Though she does have a bit to work on and more experience to be gained, the Swans have been keeping a close eye on her journey.

Freya Taylor had a day out against the Dogs in the VFL Women’s, picking up 11 disposals in her best representative effort for the year.