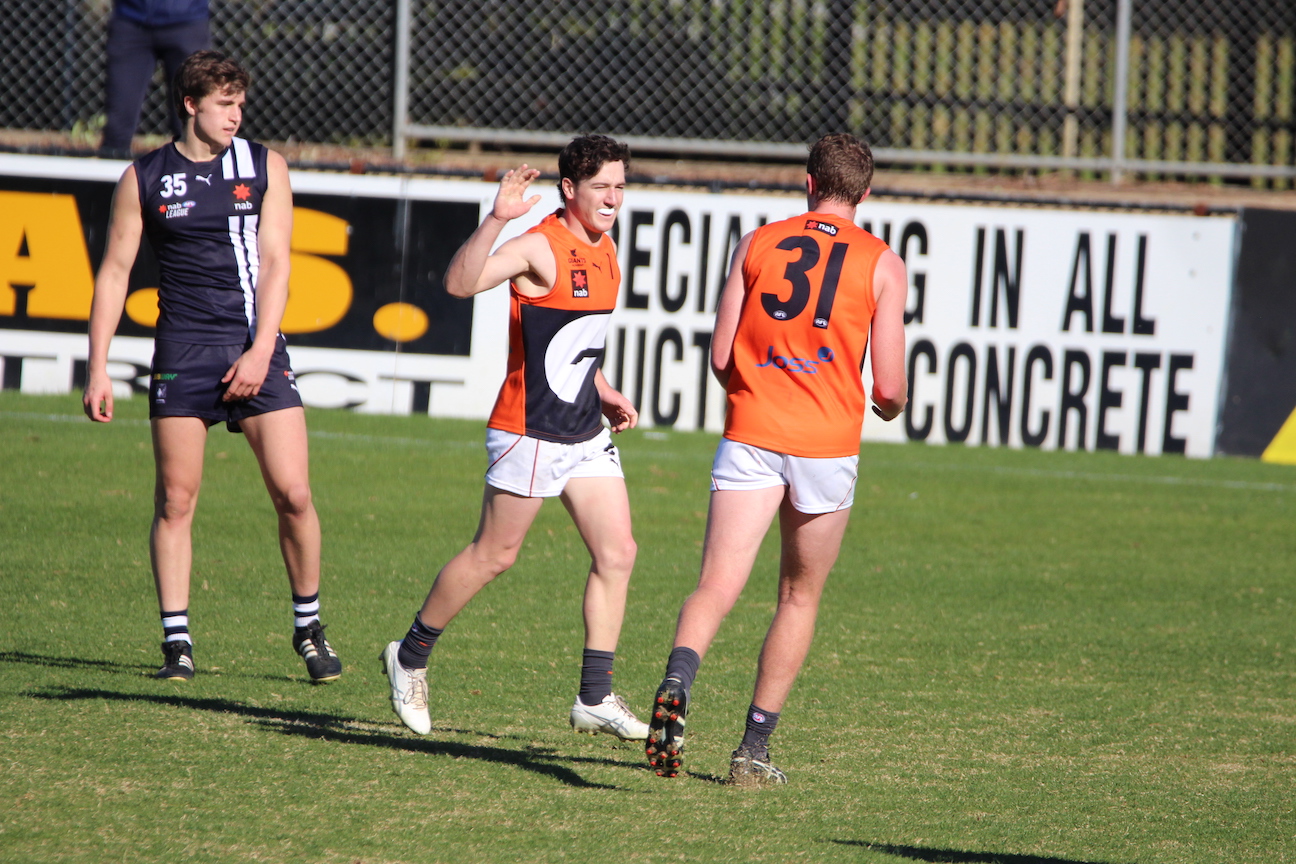 SNAPSHOT: "A zippy small prospect with sound evasive technique who can hit the scoreboard and enjoys applying tackling pressure."

One of just a handful of Draft Combine invitees from NSW-ACT this year, Harrison Grintell is another academy option for Greater Western Sydney (GWS) to consider. The 175cm small forward offers traits expected of his role; with enough speed and agility to prove elusive with ball in hand, combined with his smothering pressure and hunger for tackles. The 2002-born talent represented the Giants in the NAB League and VFL throughout 2021, consistently hitting the scoreboard and showcasing his work rate in one of the toughest positions to play. He also turned out for a makeshift Allies side against South Australia in October, capping off a solid season with representative honours.

Effective small forwards are often among some of the hardest workers afield, and Grintell showcases glimpses of his work rate when turning out in attack. Not only does he impact around goal, but the 18-year-old also searches further afield to link his team towards the attacking arc. It is not unusual to see Grintell kick forward on the run, before following his disposal to get another in the same passage of play.

In his forays up the ground, Grintell also shows he has enough pace and agility to slip would-be tacklers before breaking forward, and he is relatively strong for his size. With a bit of zip, he often dishes off cleanly by hand or delivers the inside 50 kick to teammates on the lead.

That is where on of his potential improvement areas comes in, as Grintell can sometimes hand off to teammates under immediate pressure, or place his kicks to the spacial advantage of leading teammates, rather than on their chests. His kicking is usually sharp and while a great finisher, Grintell could be more consistent with his delivery on the run.

Further to his work rate is terrific tackling pressure. While only 175cm, Grintell is not afraid to get his hands dirty and wraps up his opponents well when stationed around the contest. Should the first opponent get a disposal away, Grintell is straight on the hammer of the receiver and can lay multiple tackles in one chain before either locking the ball up, or winning a free kick.

Naturally, the small forward also provides a bit of spark around goal. He averaged two per his three NAB League games this year and hit the scoreboard in both of his first two VFL outings. His aforementioned finishing ability and evasiveness make him an effective goalkicker in little time and space, and he is a handy exponent of the snap.

The second area where Grintell could improve is in his accumulation factor. While good in spurts up forward, he has the work rate and contested nous to earn more midfield minutes and can aspire to doing so. When in midfield, he'll need to find more of the ball than his 7.8 disposal average in the VFL, or 13.3 in the NAB League.

Of the five Draft Combine invitees from NSW-ACT, three are tied to the Giants Academy but arguably only one - Josh Fahey - looks certain to attract a bid in the National Draft. Grintell's work rate and development as a small forward may garner attention from other clubs later in the draft, but he would be a handy rookie addition for GWS should he slide through. With one more year under his belt than most budding draftees, Grintell has shown glimpses at across multiple levels and is a promising type. 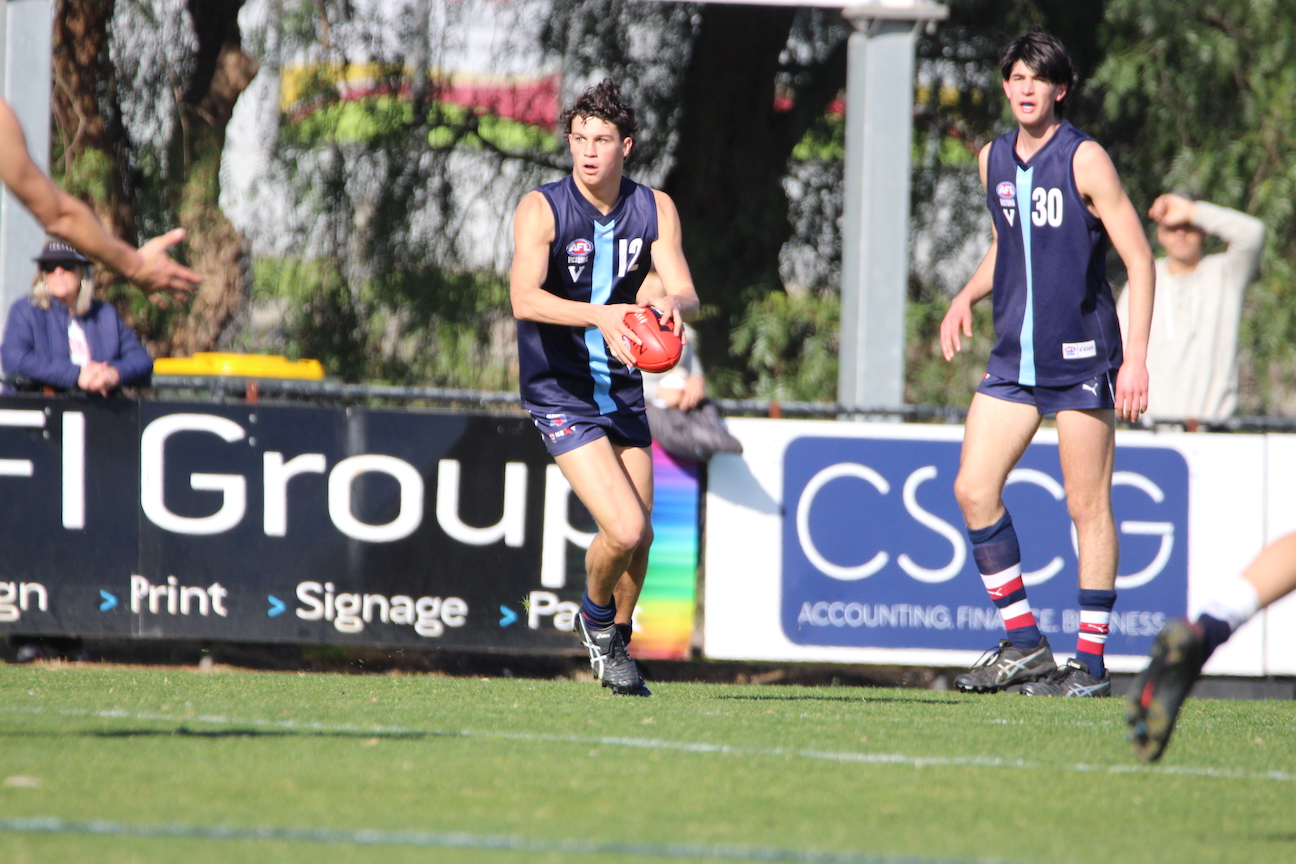 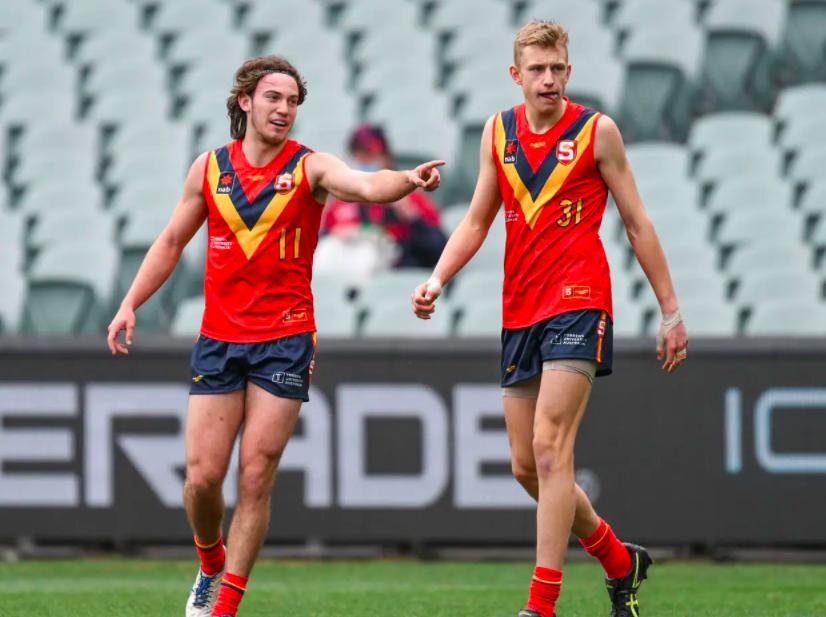 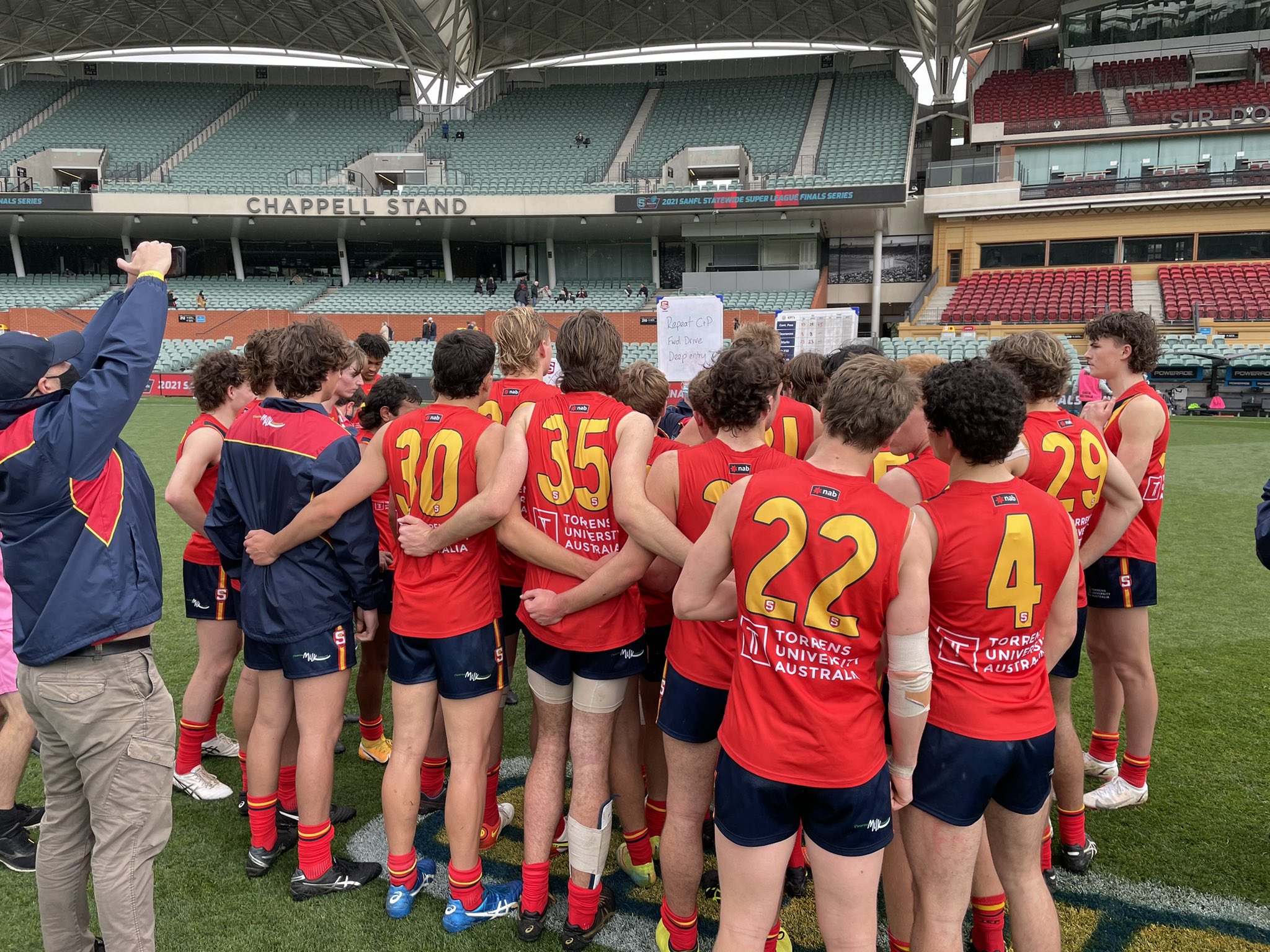 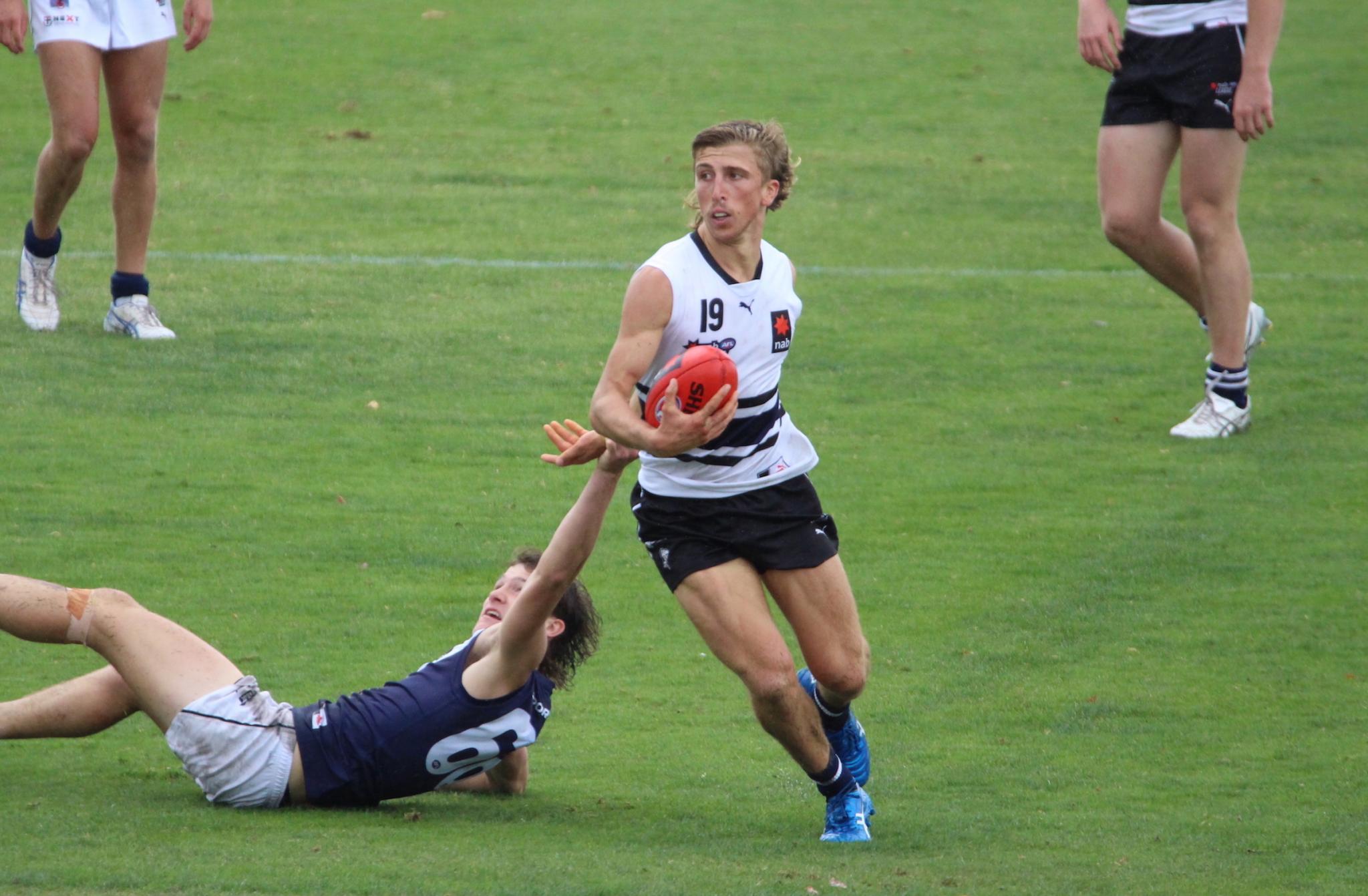 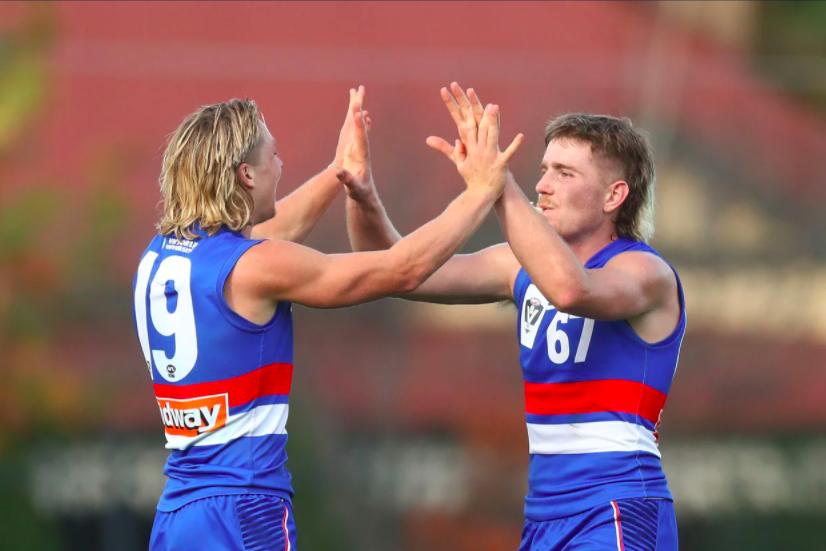