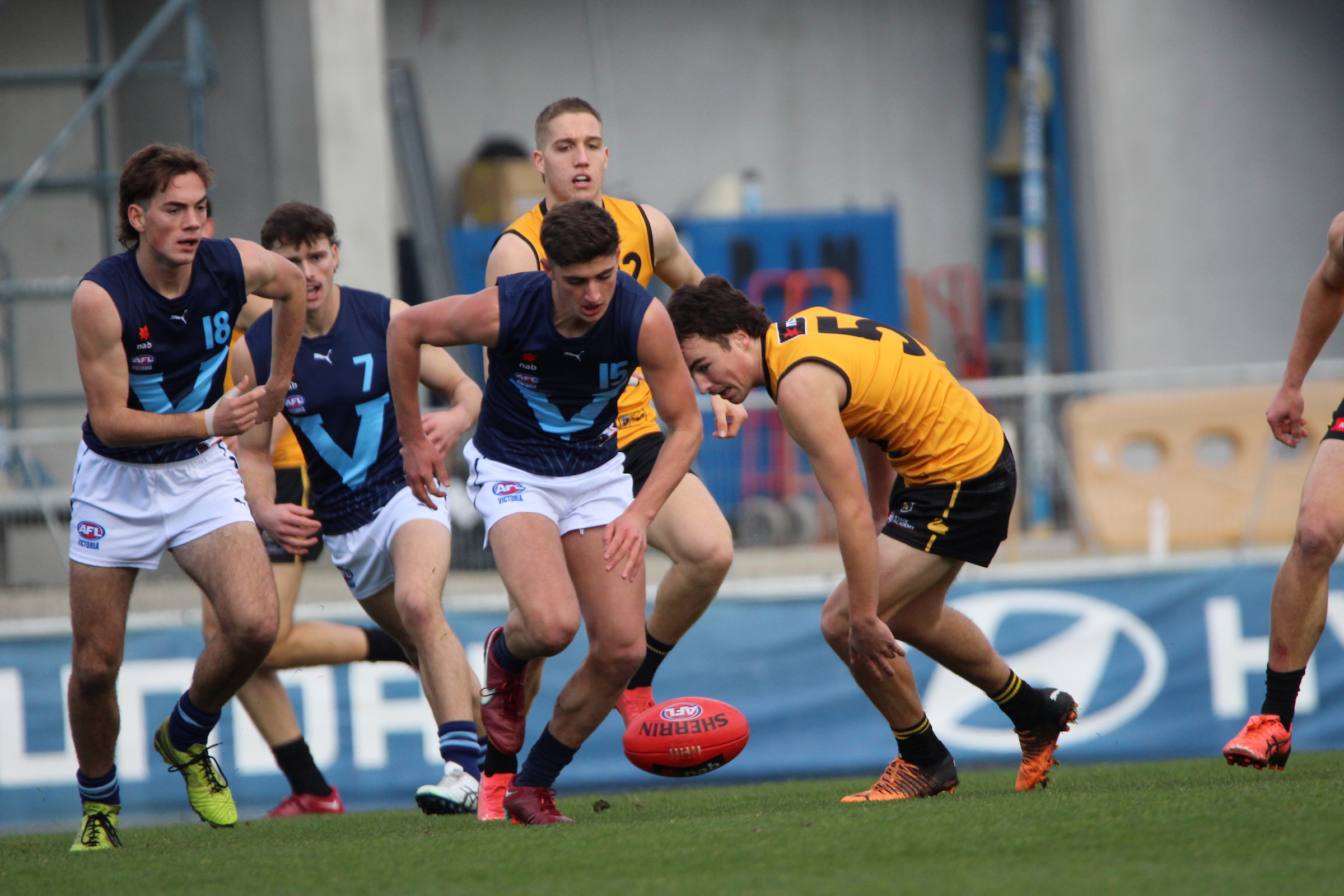 SNAPSHOT: “Arguably the best performed forward in this year’s draft crop, Sheezel has consistently impressed at all levels of football with his elite forward craft and goal sense.”

As an AFL Academy Squad member, Sheezel was already highly touted for his goalkicking nous and impact coming into the year. Though, he pushed himself into the top rung of prospects with consistent performances at the NAB League and Under 18 National Championships levels, finishing the year with 36 and eight goals in either competition respectively. Though not the most athletic prospect in the pool, Sheezel’s innate instincts inside attacking 50 have seen him find the goals, or set them up for teammates, through neat disposal and keen decision making, earning him comparison’s to former West Coast forward Mark LeCras.

With a bottom-age campaign good enough to earn AFL Academy Selection, Sheezel has done everything he possibly could have to continue to elevate himself in draft rankings throughout 2022. His consistent base of performances across multiple levels of Under 18s football makes him as a ‘low floor’ option come November’s draft. Without commitments to weekend school footy, Sheezel was a near-permanent fixture for the NAB League premiers Sandringham Dragons across the season, making 14 appearances and being held goalless in only one of them. Sheezel managed 36 goals for the Dragons for the year, with a haul of six in Round 4 and four straight in the Grand Final particular highlights. Sheezel still managed five games with four or more goals, highlighting an incredible level of consistency.

It wasn’t exclusive to goal kicking either, with Sheezel only being held under double-digit disposal figures once. His ability to be involved up the ground as a marking target and ball winner were invaluable for his side. Marking has been a somewhat understated aspect of Sheezel’s game. Not being the most athletically gifted talent, Sheezel still managed to find ways to out-mark taller and stronger opponents, as well as lean on his natural forward craft to make smart leads into space.

With that marking strength in tow, Sheezel was dangerous whenever he had the ball inside 50, kicking more than his fair share of highlight reel worthy goals throughout the year. It didn’t matter where Sheezel won the footy, he was always in with a good chance to convert. His cleanliness below his knees and read of the ball at ground level, even under pressure, were real assets in his game, consistently able to beat opposition with his follow up work on the occasion they spoiled a marking attempt.

While the goals are certainly a big part of Sheezel’s game, his ball use in the front half of the ground is simply superb, and makes for a dangerous combination with his decision making, generally looking to hit teammates up in a better position when the opposition is presented, able to use both sides of his body to great effect.

There are very little concerns or risks associated with a prospect like Sheezel. With a well developed game that highlights his strength there’s little doubt he will be able to impact at the next level, however with AFL players increasingly getting more athletic, Sheezel will have to find ways to impact against that type of opposition which he has at times struggled with this year, occasionally being troubled when met by lockdown focused or faster opposition.

While Sheezel has played a pinch hit role through the midfield this year, limited on-ball opportunities may be a reason he doesn’t go in the top few selections on draft night, however returns of 37 and 33 disposals in games he was predominantly a midfielder, and an already elite endurance base, are certainly promising glimpses at what he may be capable of in that regard.

It took little time for Sheezel to establish himself as a top 10 talent this year, and he could well be selected within the top five come draft time. His natural ability tends to overshadow whatever explosive athleticism he lacks, with Sheezel showcasing a strong hold of his own game throughout the season. As a true game-winner whose specialist role is what many clubs are after, he will likely come at a premium.