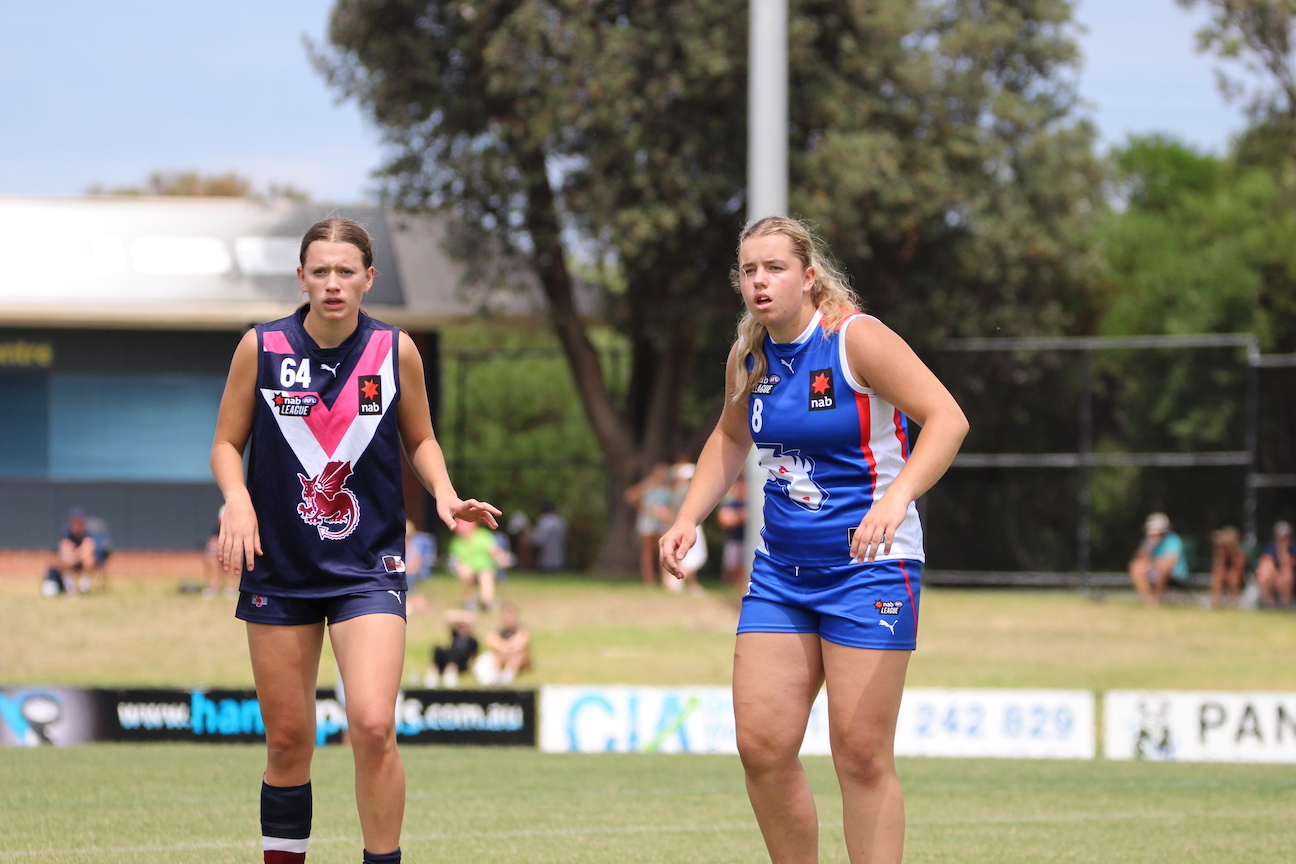 An aerially capable ruck with plenty of development left in her, Maddison Torpey has made great strides upon entering the elite talent pathway. The 182cm Sandringham Dragons talent bolstered her side’s key position stocks this year and despite not earning representative selection, was recognised for her instant impact with an AFLW Draft Combine invite.

Fresh to the Sandringham Dragons program in 2022, Maddison Torpey made an immediate impact and quickly became one of the more reliable rucks in the NAB League competition, giving her midfielders first use as she won the fourth-most hitouts for the season with 150.

Whilst she may not be as athletic as others in the AFLW Draft pool, Torpey was a constant competitor in the ruck all season and aided her midfielders as she controlled her taps to be at their advantage. She beat her opponents for hitouts in six of her nine NAB League appearances for the season, taking the number one ruck role.

The combination of Torpey’s follow up work and decision making is an eye catching aspect of how she plays; regularly seen competing for the ball from her taps and then weighing up whether to hand off or to bomb long, seeing her become almost like an extra midfielder around the contest. This all highlights her work rate in offence, but she’s equally as switched on defensively, pushing back to provide an extra number in transition but also capable of laying tackles in-close.

Despite not representing Vic Metro, Torpey's consistency and impact on Sandringham, who have traditionally struggled for ruck stocks, has seen her earn a National Combine invite. It could be argued that her best performance for the year came against the Calder Cannons in Round 9 when the Metro and Country game was played, amassing a season-high 15 disposals, six tackles and four rebound 50s, demonstrating her gradual improvement as the year went on, with more and more exposure within the elite talent pathway.

Heading forward, Torpey’s ‘rawness’ will be something that’s ironed out over time with more training to work on her fundamentals such as kicking and handballing. Development in a second position, perhaps as a key forward, would also allow her to have a more sustained impact on games.

In a sign of her all-round improvement as the season wore on, Torpey finally cracked double digits for disposals in Round 8 of the NAB League Girls, and went on to repeat the feat in her next two outings.