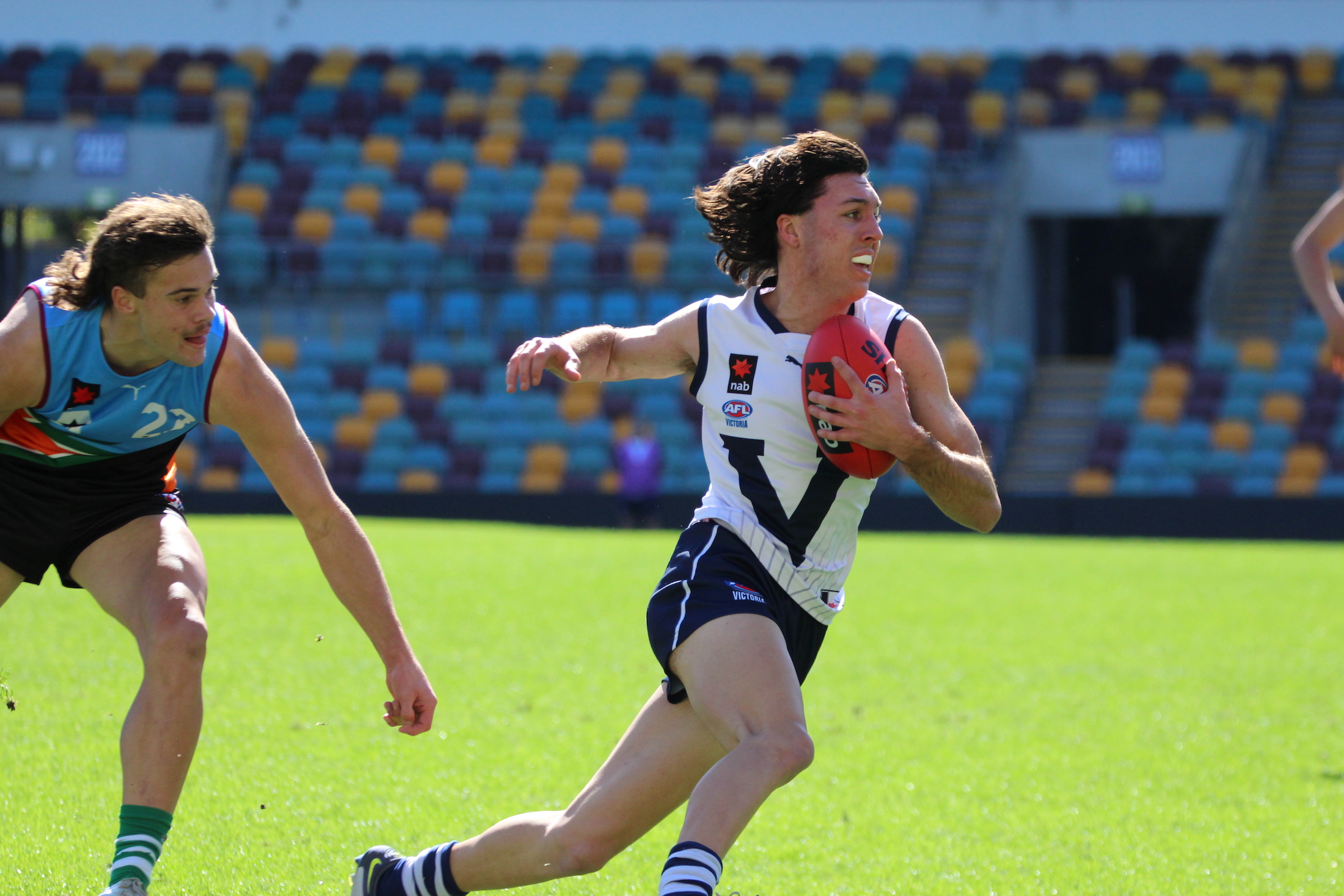 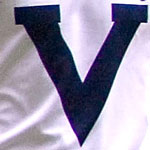 SNAPSHOT: “Arguably the best two-way runner in the pool, Hollands brings a well balanced approached to his midfield craft, but has shown himself to be more than capable of impacting up either end of the ground.”

Rewarded for taking his limited opportunities in 2021 with AFL Academy Selection, it is obvious Ollie Hollands came into the season rated highly, and he lived up to that throughout. Splitting his time this season with the Murray Bushrangers, Geelong Grammar and Vic Country, Hollands has been a consistent performer across all competitions he’s played a part in. Predominantly a midfielder, he has shown his ability to impact both on the inside and outside, with his endurance level and accompanying work rate allowing him to get from contest to contest effectively and burn opponents in transition. He also managed to apply that same high level work rate off the back flank at times, most notably in the AFL Academy game against Collingwood’s VFL side.

There is notable footballing heritage running through Hollands' family, with great-grandfather Martin Cross (Carlton), father Ben (Richmond) and brother Elijah (Gold Coast Suns) all playing at the highest level. Ollie looks like joining the ranks after an impressive two years leading into the draft. Hollands was one who stepped up to the level of competition through the year, with some of his best games being when representing Vic Country, playing a particularly important role in the championships decider game against Vic Metro at Marvel Stadium.

On-field, Hollands has proven himself as a more than capable midfielder when stationed on the inside or outside, with pretty advanced stoppage craft he was regularly able to get to the fall of the ball as a first possession winner and feed it out by hand, but is equally as good when acting more as a receiver with the timing of his runs often catching opposition off guard. Where Hollands has managed to make himself standout amongst the draft class comes with his two way running and elite endurance base, able to get from contest-to-contest effectively across the entire game, but also use his work rate to impact in defence by getting back and aiding his defenders in winning the ball, then burn his opposition in transition with his quick spread.

It is not just the fact Hollands gets around the ground that has drawn the eye, his decision making and ability to win a high amount of the footy rounds out a dangerous list of traits. Outside of an injury affected Round 1, Hollands did not drop below 20 disposals in any of his Under 18 appearances for the year, more often than not using the ball damagingly when he won it with smart hands in close and clean kicking in space.

Despite being predominantly a midfielder over the past two years, Hollands versatility is something  that will appeal to clubs given his performances when briefly played up forward or down back, able to run and carry well from a defensive position, and create plays in the forward half, without taking a significant hit to the amount of footy he wins.

Looking towards the future, Hollands has noted that he would like to improve on his strength and ability to play one-on-one as he looks to move to the inside at the top level, sometimes being moved off the ball a little too easily around stoppages, and also mentioned scoreboard impact is an area he wants to work on. Outside of this, Hollands may look to improve on his kicking under pressure, sometimes rushing when a tackle is coming.

Though comparisons may well come to his brother, Ollie Hollands is a very different player to Elijah. He has put together an incredible season for Murray Bushrangers and Vic Country, and though perhaps lacking that extra class that Elijah has, he comes with plenty of all-round consistency, including elite endurance. He is not bad in any one particular area, and more just solid across the board, and will be a readymade midfielder at the top level for the club that selects him in the first or second rounds.