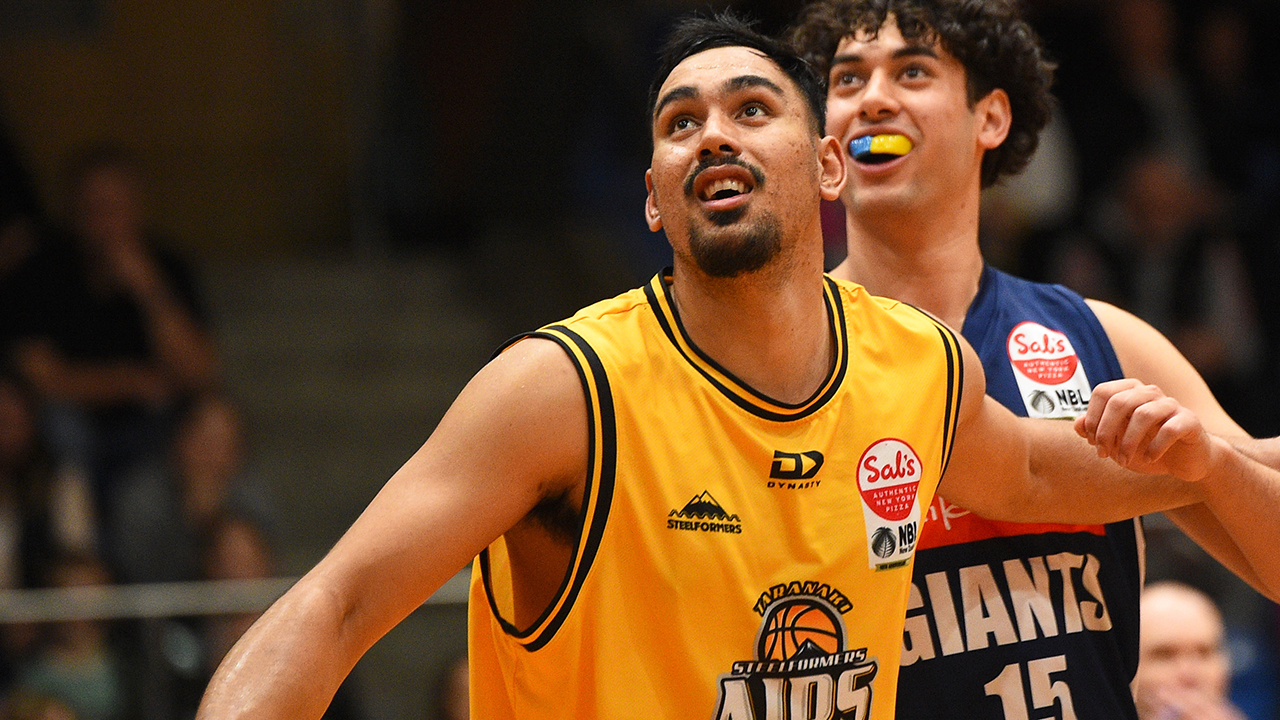 IN the wake of the New Zealand National Basketball League (NZNBL) coming to a close over the weekend, Draft Central will run through each of the 10 competing sides to look at the key stats and players of the 2021 season. The series begins with Taranaki Mountainairs.

The dominant big man had another outstanding season, averaging almost a double-double of 23.2 points and 9.7 rebounds. Not only was he prominent off the boards, but he shared the rock around to lead his team in assists with 3.8 per game. Averaging 46.7 per cent from the field, Jones hit 2.7 three-pointers per game at 36.8 per cent, whilst managing an impressive 53 per cent clip from inside the arc. Predominantly a defensive rebounder, Jones was huge off the boards with almost all his rebounds coming off the defensive boards. Impressively, Jones still averaged the 1.7 steals per game to complete the sweep of leading his side in every key statistic.

In terms of consistency, Jones spent more than 30 minutes on court in every single match, and he only dipped below 20 points five times. Jones’ start to the season was simply ridiculous, recording six straight double-doubles where he had 10 or more rebounds to go with his double-digit points. His 30 points, 14 rebounds, six assists and three blocks against Hawkes Bay Hawks was ultra-impressive, whilst his top-score came late in the season against Franklin Bulls with 39 points, as well as an equal season-high 15 rebounds.

Providing Jones with support, Wynyard was not far behind in most key areas. He averaged the 15.9 points and 6.4 rebounds per game, the only other Airs player to average more than 10 and five in those respective categories. Not so much a threat from long-range, Wynyard was the player who could provide teammates with second chance opportunities, averaging a team-high 2.5 offensive rebounds per game. Coupled with his reliable 62.1 per cent from inside the arc – and a lot of the time the paint – and Wynyard was a player who could be relied upon to put up a solid score each game.

Not spending as much time on court as Jones – having just the four games of 30 or more minutes, he hit double-figure points in all bar one match this season. His season-high came against the Manawatu Jets which was by far his best out, racking up 31 points and a whopping 17 rebounds. Of those 17 rebounds, 12 came off the offensive boards, whilst he also picked up two more double-doubles against the Manawatu Jets and Otago Nuggets earlier in the season. He only had more than two assists in two matches, with a season-high five coming against the Canterbury Rams in the side’s second clash.

Haize Walker averaged the 9.7 points, 3.4 assists and 3.0 rebounds to be third, second and fourth in those respective areas. Carlin Davison (8.1 points, 4.4 rebounds and 2.5 assists) was the other to feature in all three top fives, whilst Francis Mulvihill (6.6 points, 2.4 assists) played a supporting role.

Taranaki Mountainairs did not have a season they would have liked, finishing on the bottom of the NZNBL ladder with just two wins from 17 matches. They were able to compete well in a number of areas of the game, but ultimately lacked depth in the side, with Jones and to a lesser extent Wynyard taking the bulk of the load.