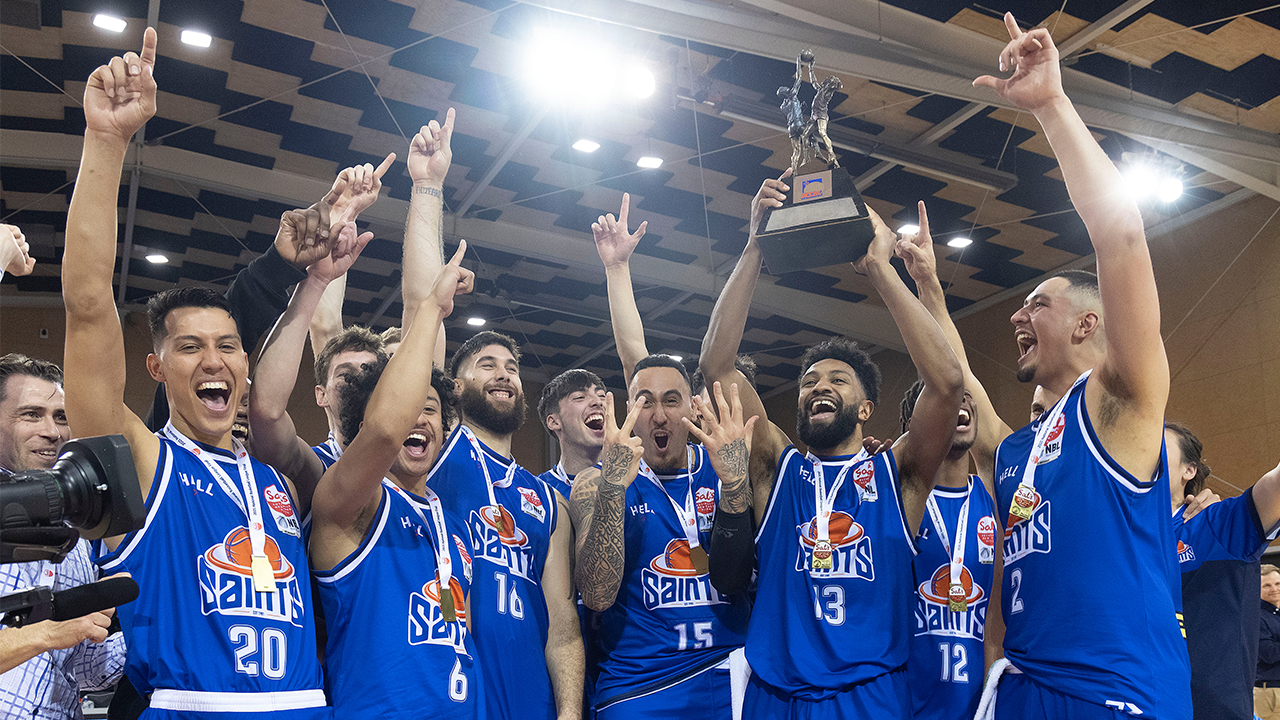 IN the wake of the New Zealand National Basketball League (NZNBL) coming to a close over the weekend, Draft Central will run through each of the 10 competing sides to look at the key stats and players of the 2021 season. The series concludes with Wellington Saints.

The captain led from the front all season and put up team-highs in points (18.2) and assists (5.0) to be crowned the NZNBL’s Most Valuable Player (MVP). His overall consistent effort – which also included 5.6 rebounds (third from the Saints) and 1.4 steals (second), showed he was able to accumulate stats across the board. He shot at 34.2 per cent from outside the arc, and 55.4 per cent from in it, doing most of his damage there and forcing his way to the foul line. He finished off at 82.9 per cent when shooting free throws to worry the opposition. Prewster only had single-digit points twice in the season, and both came with less than 20 minutes on court. In the overtime thriller against Hawkes Bay Hawks, Prewster put up 34 points, nine assists and eight rebounds, whilst earning himself a triple-double in the first semi-final. There, he managed 12 points, 10 rebounds and 10 assists in a remarkable effort that capped off a year where he had four games of 30-plus points.

The other All-Star 5 member for the 2021 season was Samuel, who was able to impress out of the front court, averaging 16.5 points and 3.8 rebounds. He shot at 43.8 per cent from outside the arc in a deadly accurate display, and 54.8 per cent from the field, showcasing his overall shooting characteristics. He earned a spot on the All-Star side for his accuracy, but also averaged 1.5 steals per game. After a quiet couple of games to start the season, Samuel only had two more games in single-digits, with eight games recording 20-plus points, including the grand final (26). His season-high came against Hawkes Bay Hawks mid-season when he put up 33 points and four rebounds, showing he was the Hawks’ Achilles heal.

Seemingly underrated all season, Roach Jr was the only Saints player to score double-figure points in every single match. He had 20-plus points in six matches, of which four of those came in the last month of the season. He averaged the second most points (17.7), rebounds (5.9) and assists (4.3) in his side, as well as the most steals (1.7) to be a terrific asset for the premiers. He only shot at 33 per cent from long-range which hurt a little, but he had such a high-volume of shots, he was always able to put up big numbers. Roach Jr further put an exclamation mark on his season, with a 16-point, seven-rebound and three-assist game in the grand final to earn the match’s MVP honour.

Coming out of the five spot, Smith-Milner was a menace for opposition sides, leading the Saints for rebounds (6.8) but still putting up plenty of points (14.5) to be fourth overall on his side. He was the fourth player (with the three above) to play – and start – in all 20 games, which made him very difficult to contain. Shooting at 34,4 per cent from outside the arc, Smith-Milner was able to hit his free throws when he went to the line (75.4 per cent) and was at greater than half of his field goal attempts (52.9 per cent). He only dipped into single digits five times, including in the first two games, but unfortunately two of them were in the last three games, including a nine-point grand final. He stepped up in a big way against his former team Auckland Huskies in the first final however, putting up 30 points and nine rebounds in a season-high for him. His best game came against Taranaki Mountainairs on July 2, recording a massive 25 points, 15 rebounds, three assists and two steals in that win over the bottom side.

Two other big men who had the next most points traditionally coming off the bench were Leon Henry (9.0 points, 5.2 rebounds and 1.5 steals) and Romaro Gill (8.4 points, 5.0 rebounds and 1.4 blocks), while Troy McLean took the court in every game starting on the bench, for 4.3 points and 1.4 rebounds from limited minutes.

There is not much to say for the Wellington Saints given their success of winning the 2021 NZNBL premiership tells the story. The minor premiers became the overall premiers, dropping just two games in total on their way to glory with four players starting every game, and consistency that was crucial throughout the year.