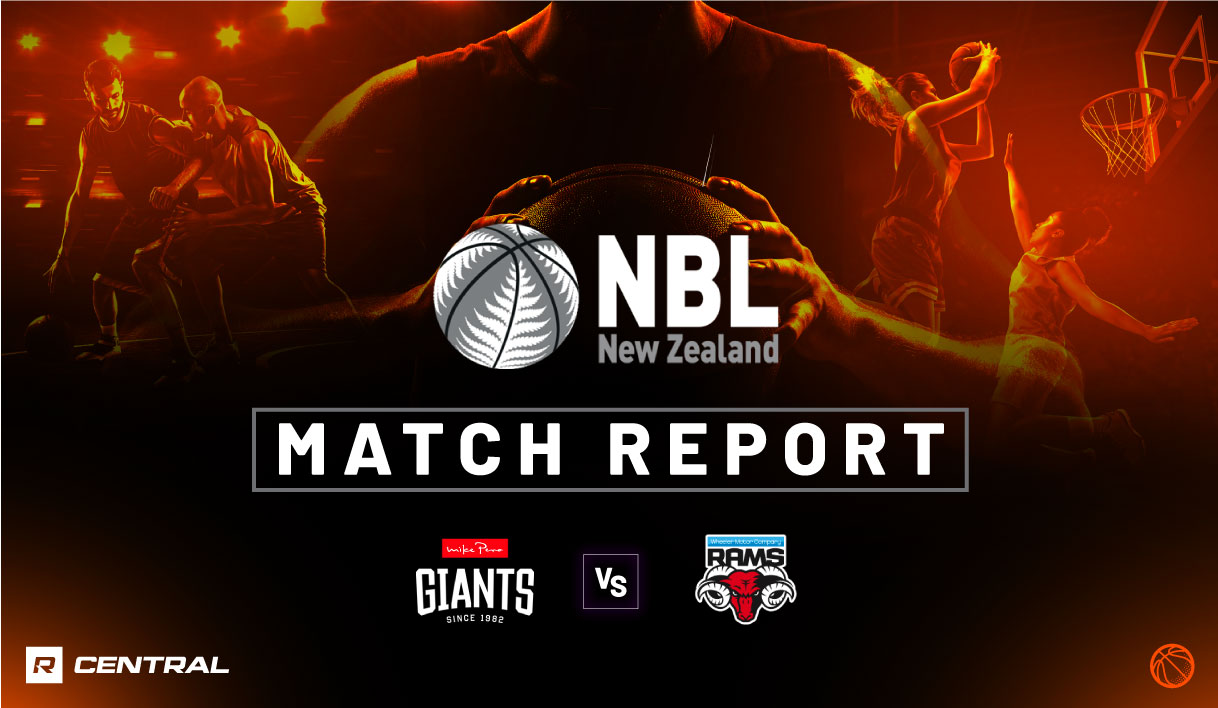 TWO sensational quarters at either end of the match have helped Nelson Giants claim an important New Zealand National Basketball League (NZNBL) win over Canterbury Rams. The Giants piled on 27 points to 17 in the opening quarter of the match, then had to stem the flow as the Rams hit the front by the final break. Stepping up when it counted, the Giants scored 20 points to 11 in the final term to run out 85-77 victors in front of home fans at the Trafalgar Centre.

The match was previewed to be a tight one, with the Giants heading in having collected two scalps from three games thus far in 2022 while the Rams sat one win further ahead with a 3-1 record. Despite the evenness and quality of both sides, it was the home team that blew the Rams out of the water in the opening term, racing out to as much as a 15-point lead late in the quarter, before some late baskets allowed the Rams to cut that deficit to 10 at the first change.

The second term was a momentum swinging contests that saw both teams trading baskets, and most importantly for the visitors, getting the deficit back into the single digits. It sat at four by the main break, and if the Rams could carry that momentum into the second half, then it would make a world of difference. Instead, every challenge the Rams threw at the Giants, the home side responded to be five points up with 90 seconds to go after a Nic Trathen triple. From that point on though, Sunday Dech (four points), as well as Ryan Taylor and Joe Cook-Green both scored to hand the Rams a one-point buffer at the final break.

It was the Rams’ first lead of the game, and Dech kept putting up points to keep his side in front in the opening few minutes as both sides struggled to score across the first five minutes of play. When Jarrod West levelled the scores at 71-apiece with 5:14 on the club, the Giants were about to make that step up. They scored 13 of the next 16 points as Trey Mourning finished off what had been a huge game for him, ending the Rams’ hopes of a comeback.

Mourning would rack up a whopping 37 points, 17 rebounds and three assists, teaming up well with West (25 points, four assists, seven steals and two rebounds. Alexander McNaught (11 points, four rebounds, four assists and two steals) also tried hard for the home side. The Rams had the two key scorers, with Dech (35 points – including six of eight from long-range – six rebounds, two assists and four steals) doing most of the heavy lifting, and Taylor Britt (16 points, three rebounds and five assists) being the other standout player.

Canterbury Rams have a quick turnaround to take on the Wellington Saints today, while the Nelson Giants lock horns with Hawke’s Bay Hawks on May 28.