Jets soar over Bulls to claim maiden win for 2022 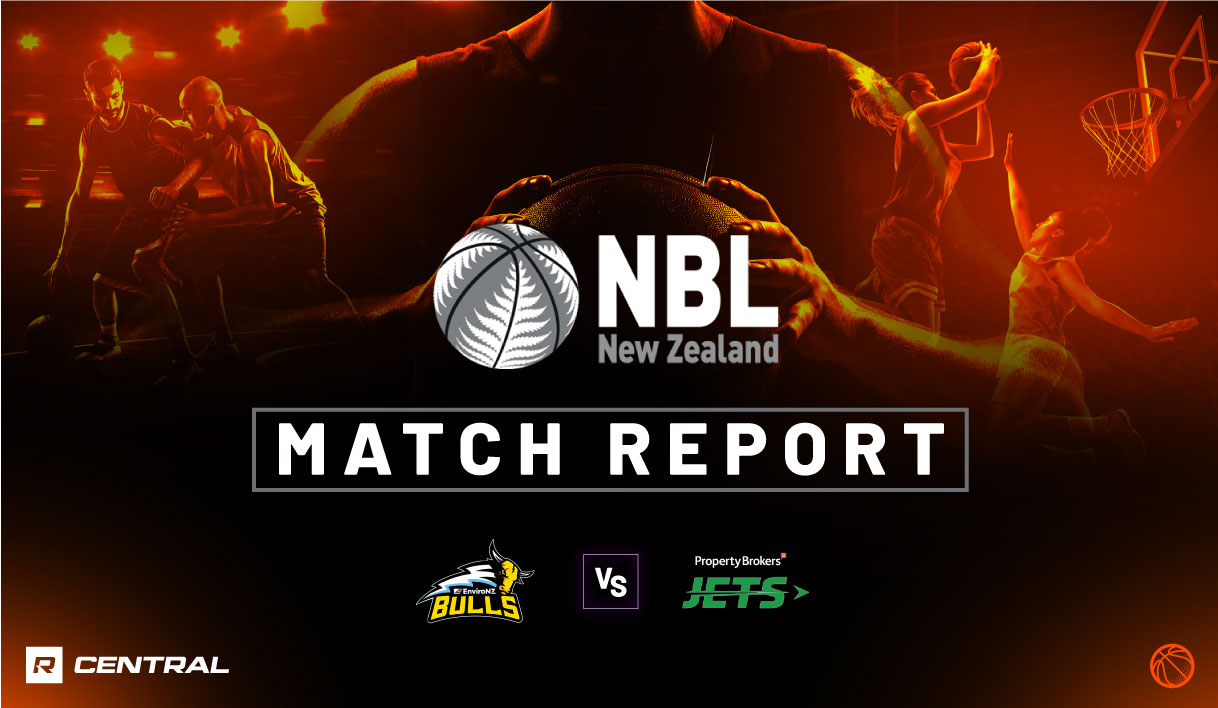 THE Manawatu Jets have finally got on the board for season 2022 of the New Zealand National Basketball League (NZNBL), defeating the Franklin Bulls to the tune of eight points on Sunday afternoon. Manawatu came into the clash as the clear underdog against a Bulls side that was treading water in its first six games with a record of two wins and three losses. It was one of the best chances the Jets had all year, and they took full advantage of that.

They overcame a deficit early in the game, clawed themselves back into the contest and made it an interesting game despite being down by as much as 14 points in the third term. A big final-term run from John Bohannon saw the Jets somehow take the lead, before surviving a late charge from the Bulls and holding on for a terrific eight-point road win. While they remain on the bottom of the ladder, it is the most promising sign we have seen from them so far this season, while the Bulls sit in eighth place after being unable to capitalise on an easier matchup.

The Jets scored the first four points of the game, thanks to some strong work inside that either resulted in a bucket or a trip to the free throw line. Their lead was short lived, as the Bulls did as expected and grabbed control of the contest late in the first term. Jett Thompson‘s free throws put the home side up by three points at the first change of play, and the game was slowly beginning to pan as predicted. Franklin continued to extend the lead in the opening minutes of the second period, with Isaac Davidson nailing a three with six minutes to play and forcing the Jets into a timeout, with a few changes needed. Every time the visitors pushed back with a few buckets, the Bulls managed to conjure an answer, largely coming from behind the arc, where they began to find their groove as a side. However, Manawatu was able to stop the deficit from worsening, remaining at three at the main break.

It was a familiar feel to start the second half, with the Bulls managing to regain momentum, although it was the best they looked all game. The lead ballooned out to 14 points in no time at all, as the hosts continued to fire from deep, with the Jets unable to return serve in this time. As was the case in the second term, Manawatu fought back in the dying minutes of the quarter to stop the bleeding and remain within four points heading into the final term. Quarter number four belonged to the Jets, with Manawatu looking in its best form of the year. The margin was erased almost immediately thanks to the efforts of double-double machine Bohannon. With a number of players getting involved, there was no slowing down the Jets, as they cruised home to their first win of the year.

High-scoring guard Shane Temara led the way in the points column for the victors, pouring in a team-high 21 points and was excellent for all four quarters, even when the Jets were on the back foot early in the contest. As discussed above, Bohannon was excellent as well, finishing with 17 points and 15 boards and was a massive reason as to why his side fought back in the final term. Jayden Bezzant had one of his best games of the year, delivering 21 points (9/15 FG) and helping his side to a fair lead earlier in the match.