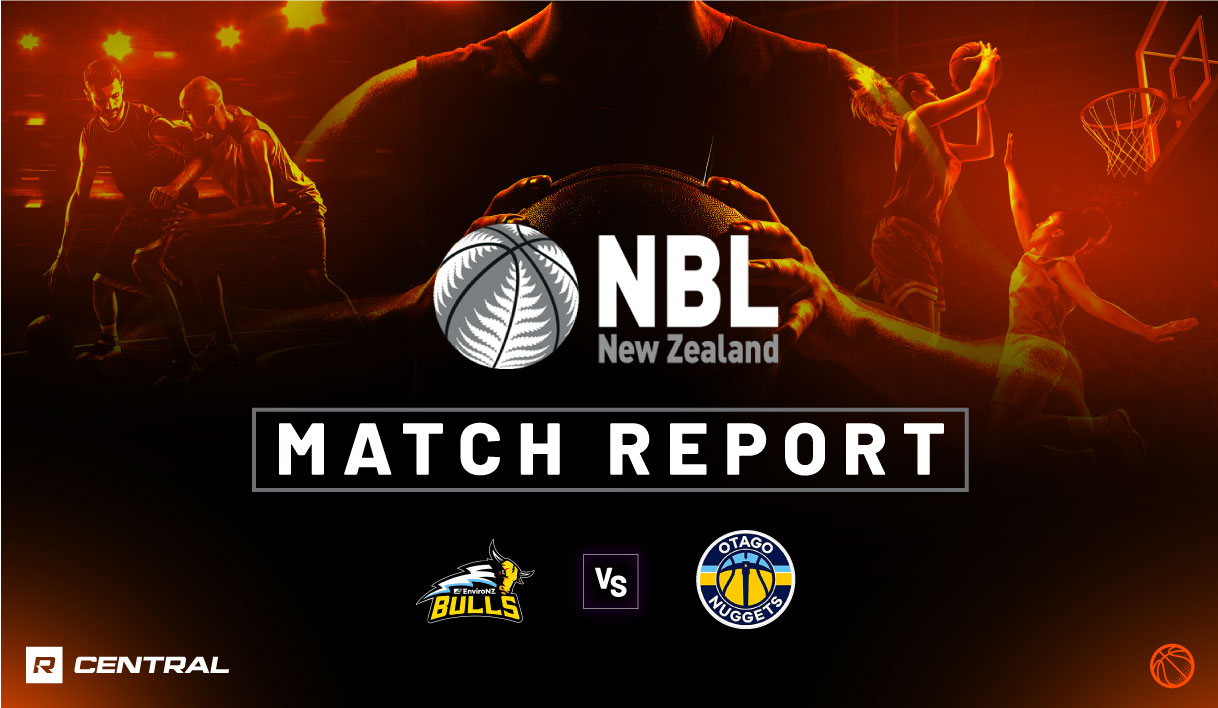 A LONG-RANGE shooting performance from Nikau McCullough has helped the Otago Nuggets account for the Franklin Bulls, getting up by 17 points on the road in the New Zealand National Basketball League (NZNBL) last night. The win was the Nuggets’ third consecutive victory as they bounced back from an 0-2 start, whilst the Bulls fell for the second consecutive time, slipping to a 2-2 record this season. Though Franklin was far more competitive after half-time in last night’s clash, the dominant 53-31 start for the Nuggets proved too much as they ran away with the 83-66 victory.

Without a doubt the visitors arrived to play, taking control from midway through the first term and then never letting go. The Bulls managed to keep it under single digits for most of the first 10 minutes, but a late flurry of points going the way of the Nuggets handed them a 28-15 lead at the first break. From that point on, the Nuggets never had to worry about the lead getting back into single digits as they maintained each Bulls attack, and got it out to as a much as 28 when they lead 70-42.

The work in the first half was largely done off McCullough’s 24 points – four from six from long range and 10 from 12 overall – whilst it was Keith Williams and Jack Andrew who put some icing on the cake in the third – both from outside the arc and inside the key to blow it out. Remarkably the Bulls through Leon Henry, Isaac Davidson and Anzac Rissetto went on a 17-point run either side of the three quarter time break, with the last six points of the third term and first 11 of the fourth term cutting the deficit back to 11 points.

Otago steadied though as Williams, Sam Timmins and McCullough helped score the next eight points to just put an exclamation mark on the performance and stretch the lead back out to 19 points. A dunk from Kane Keil in the last eight seconds of the match was a final highlight for the home side, who aside from the 17-point run, was unable to make too many inroads into the Nuggets’ lead in a dominant performance from Otago.

McCullough would finish with the 10 Most Valuable Player (MVP) votes after that first half, ending his night with 29 points – 12 of 19 from the field and five of nine from long-range – as well as four steals and three rebounds. Williams (11 points, six rebounds and three assists) and Tahjere McCall – 12 points, all three-pointers at four from eight as well as two assists and two steals – both hit double-figures. Though not quite as influential on the points end, Timmins (five points, nine rebounds and five assists) and Todd Withers (eight points, seven rebounds four assist sand two steals) still contributed in other ways.

Otago Nuggets have the quick turnaround to face the Manawatu Jets tomorrow on the road again, while the Franklin Bulls lock horns against Auckland Tuatara.