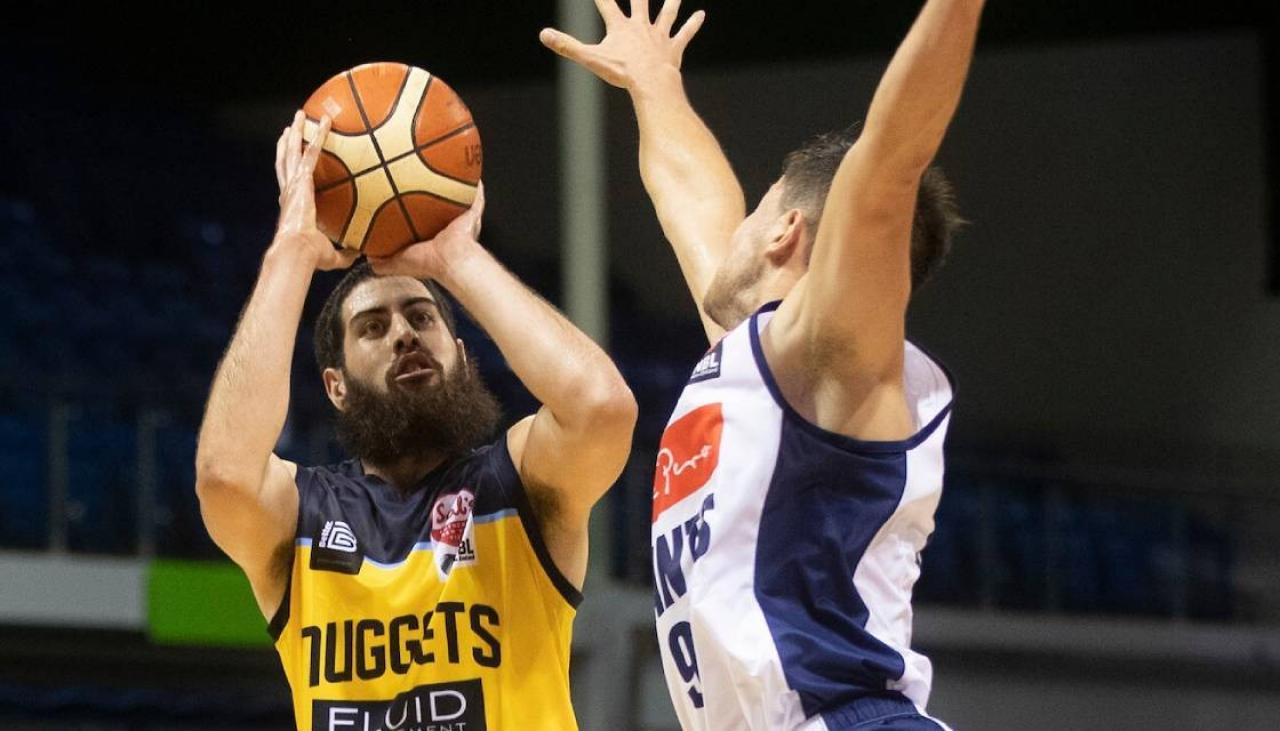 OTAGO Nuggets found an extra gear when required in the final term to storm past an understrength but gallant Nelson Giants in the 2020 Sal’s National Basketball League (NBL) Showdown clash last night. The Nuggets pulled all the strings throughout the game, and were in control to the extent that Wednesday night’s top scorer and Most Valuable Player (MVP) Jarrod Kenny did not even attempt a shot. Instead, it was Jordan Ngatai who led the way with 23 points, as well as three rebounds, three assists and three steals, supported well by a host of teammates.

Despite some whispers that star Giant and Tall Blacks legend Mika Vukona might take to the court during the match, Nelson opted to let their first pick sit out and instead return for Sunday night’s clash with Manawatu Jets. Given the Giants were still missing other top three draft selections, Mike Karena and Dane Brooks, the firepower was severely impacted. Not so much for the Nuggets, fresh off a win against the Jets 24 hours earlier, as they raced away to a 26-19 lead at quarter time.

Kane Keil score the first points of the night, as he and Jordan Hunt went to work early with four points apiece leading the Nuggets to an 8-2 advantage five minutes into the term. Whilst many expected Kenny and Ngatai to do all the damage early, it was the former who opted to use his slick passing to advantage to dish off dimes to teammates, whilst the latter had just four points in the term.

Young gun Tysxun Aiolupotea was doing what he could in the first term, forcing fouls from the opposition and scoring four consecutive free throws to cut the nine-point deficit into a five-point one late in the term. Thomas Ingham‘s desperate attempt to score in the last few seconds saw him finish the term with a couple of free throws himself and his side headed in seven points behind.

Ngatai soon made his intentions known with the first five points of the second term, whilst Hunt completed the alley oop from Kenny, earned the foul and then sank the and-one opportunity. When Ngatai made it eight points for the term in less than two minutes, he and his side were in complete control and the margin had blown out to 18 points. Ingham and Nicolas Trathen tried their hand to get the Giants back into it with the next five points, but another clever layup after a steal from Keil piled on more pressure for the trailing side.

Without the Giants’ big three, Ingham and Trathen were left to pick up the slack in the first half as the pair almost exclusively piled on the points scoring 34 of the Giants’ 45 points. Trathen had 19, as well as five rebounds and an assist at the half, whilst Ingham had 15, seven and three in an equally big performance. Ngatai had started to get his hot hands going with 14 points in the term to move up to 18, as he became the predominant score alongside Hunt who had 12.

Coming out after half-time, Kenny’s refusal to put up a shot continued as he provided a neat assist to Ngatai for a layup. Otago had led by 11 at the main break thanks to a Jack Andrew buzzer beating dunk, but were not out of the woods yet. Nelson could not quite find the right formula to score enough. The game looked all but over in the third term when Richard Rodger drilled a three-point jumper with seven minutes remaining after the Nuggets had gone on a tear, scoring nine of the first points for the term.

A late inclusion into the Giants squad and wearing the injured Thane O’Leary guernsey, Josh Leger tried all he could getting into the post, visibly frustrated by the Nuggets’ defence, but he was forcing them to be accountable on that end. To that point earlier in the term, the Giants defence around the perimeter had been lax which let the Nuggets free reign at times shooting from long-range. Both Leger and Zeb Lovell were starting to work their magic and then came Riley Bensemann.

Trailing by 14 points, the Giants shooter shot back-to-back three-pointers, then handed off an assist for a Josh Bloxham three minutes later. In a remarkable turn of events, the Giants were within five points and it was a ball game. Sensing the importance of the moment, Nuggets coach Brent Matehaere called a time out and questioned the communication of his side. The pep talk worked for the last 90 seconds as they scored seven of the last nine points of the quarter to lead 78-68 at the final break.

The teams traded blows early in the final term, but once the Nuggets got going thanks to a Ngatai triple with six minutes remaining, they had control. Scoring 22 of the last 32 points, it was party time for the undefeated side as their 17-5 run in the middle of the term from that Ngatai triple ended any doubt about the winner of the contest. For the last few minutes the Nuggets starters were on the best enjoying the show as the bench players went to work padding some of their stats and working hard both defensively and offensively to send a message to the rest of the competition.

Whilst Ngatai was the star, the Nuggets had a huge amount of contributors, with Hunt (19 points, two rebounds) and Keil (11 points, four rebounds) impressing from the starting line-up. Off the bench, it was Aicheson (13 points, two rebounds) and Rodger (11 points, two assists and two steals) who scored a fair chunk of the points. The likes of Darcy Knox (eight points, six rebounds, five assists and two steals) and teenage wrecking ball, Akiva McBirney-Griffin – who claimed as many bodies on the court as he did points – played strong roles across the game.

For the Giants, Trathen (21 points, seven rebounds) and Ingham (17 points, eight rebounds) did not really add too much to their first half domination, with Bensemann’s nine points, and Aiolupotea and Lovell’s eight each the next highest for the side. Lovell also finished with seven rebounds and three assists, but it was the team turnovers that cost the Giants with 22 to 12, and whilst they had a plus six in rebounds, were minus eight in assists.

Sunday could not come fast enough for Giants fans who will welcome back Vukona with open arms. The side has been gallant without him and the other injured stars, but did not have enough class to really run out four quarters. For the Nuggets, they rest up for the week and have certainly earned it, heading 2-0 to start their 2020 campaign.