Timmins’ 24 earns Bulls third win on the trot against Nuggets 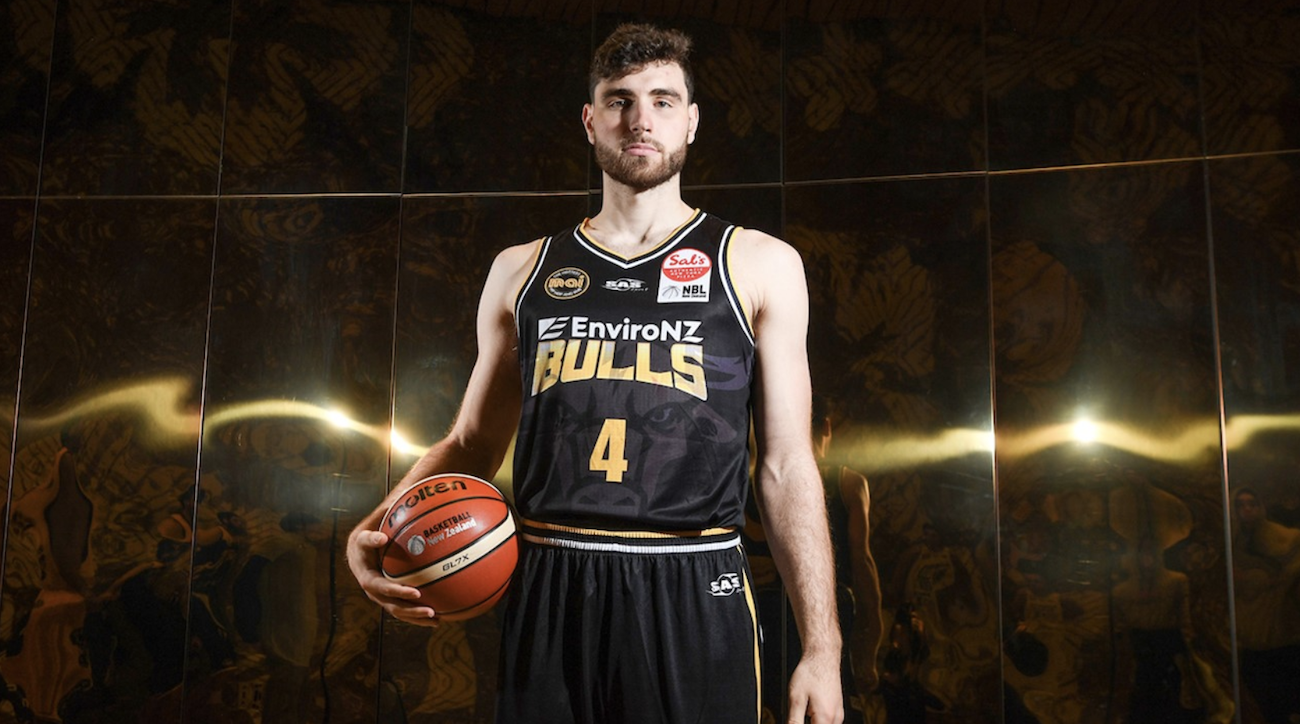 FRANKLIN Bulls have flipped their 0-2 start to the season on its head, after collecting their third consecutive victory against the Otago Nuggets, securing a top four spot in the process. They won the first and last terms, which was enough to see them get the job done by six points, 85-79 and hand the Nuggets back-to-back losses.

The Nuggets struck first in immediate fashion off the back of a Jarrod Kenny three pointer, but from the get-go, the long ball would be the story of the first 10 minutes, with three attempts from deep finding their mark in the opening two minutes.

With the Bulls edging out a six-point advantage heading into the first break, it was the Nuggets’ Jordan Hunt that was leading the scoring category with a solid nine points under his belt, but oblivious to the fact that his first quarter would be his best. Meanwhile, the Bulls’ Sam Timmins, who had a humble six points, would only begin to take hold of the contest.

The three-ball would again be the initial method of scoring to open up the second quarter, as Hunt’s three ball again found its mark one more time in the first half. But, this time Franklin would answer back with a one-two combo, nailing back-to-back triples two minutes in. The back-and-forth would ensue further, with Joshua Aitcheson joining the fray, adding onto the three-ball totals.

At the conclusion of the first two periods, Franklin’s bigs started to shine through, as Timmins would round off a good first-half stint on the boards with nine points and five rebounds, which was further supported by Dom Kelman-Poto’s seven points on top of that, as the Bulls held on to a solid yet slim five-point lead.

A Jordan Ngatai floater to open up the second half provided promising signs for the Nuggets, as Aitcheson would back that up with a venomous three to give Otago the lead with less than three minutes remaining in the third.

However, the fans that attended Trusts Arena were treated to an intense final couple of minutes, as Timmins once again showed his prowess around the ring putting the Bulls’ noses back in front. This was short lived, as a wrestling match would follow. The Nuggets would force the hand of Franklin, preceding the last quarter off the back of baskets from Jack Andrew and Darcy Knox providing their side with a five-point cushion. It made Kelman-Poto’s three-point play to end the period an important one, cutting the Bulls’ deficit to a single basket prior to the final break.

Sioeli Vaiangina, an unlikely hero to commence the fourth quarter, would go the extra mile on the boards, hustling his way to three rebounds in a matter of passages, aiding his side to level the scoreboard with eight minutes to go. Shortly after, Isaac Davidson would provide one of the best offensive plays to date this season, putting Kenny on skates before converting on a mid-range jump-shot, injecting the Bulls with a shot of adrenaline, thus keeping his side in the game.

Thanks to a dominant inside display, seven straight points fell the way of Timmins late in the clash, which would in turn break open the game single-handedly. Therefore, solidifying the decision to make him man-of-the-match and helping his side to their third straight win, taking out the contest 79-85.

In a surprising twist, Otago would combine for a higher conversion rate from two- and three-point range, however, it was Franklin overall that shot better on the whole, going 48 per cent from the field (31/64) compared to the Nuggets, who shot at a 46 per cent clip (29/62). But the main differences would fall under the categories of free throws and rebounds, as the Bulls owned the charity strike earning 14 points from the line, six more than the Nuggets. Furthermore, a plus-six on the boards only added to the reasons for Franklin’s late game triumph.

Timmins, who played at a consistent level in 24 minutes of court time, notched up 24 points and 12 rebounds in a performance at both ends of the court. Nikau McCullough’s 27 minutes off the bench allowed him to showcase his defensive abilities with 14 points and a game-high four steals, meanwhile 13 points apiece for Davidson and Kelman-Poto would round out the bulk of Franklin’s scoring.

For Otago, four starters would reach double-digits with Hunt securing a team-high 18 points, whereas the number one draft pick in Ngatai amassed 15 points and eight rebounds, which became tainted at the expense of six turnovers in 28 minutes of court-time. Tall Black veteran and Cairns Taipan Kenny would accumulate 13 points with three of his field goals coming from deep.

With both the Bulls and Nuggets sitting near the top of the standings, both teams have the chance to get ahead of the pack. For the Bulls, they hold the opportunity to extend their winning streak to four against the Jets on Saturday, whereas the Nuggets can look forward to a duel against the top of the table Rams, who are keen to undo their blunder that came at the hands of the Giants.