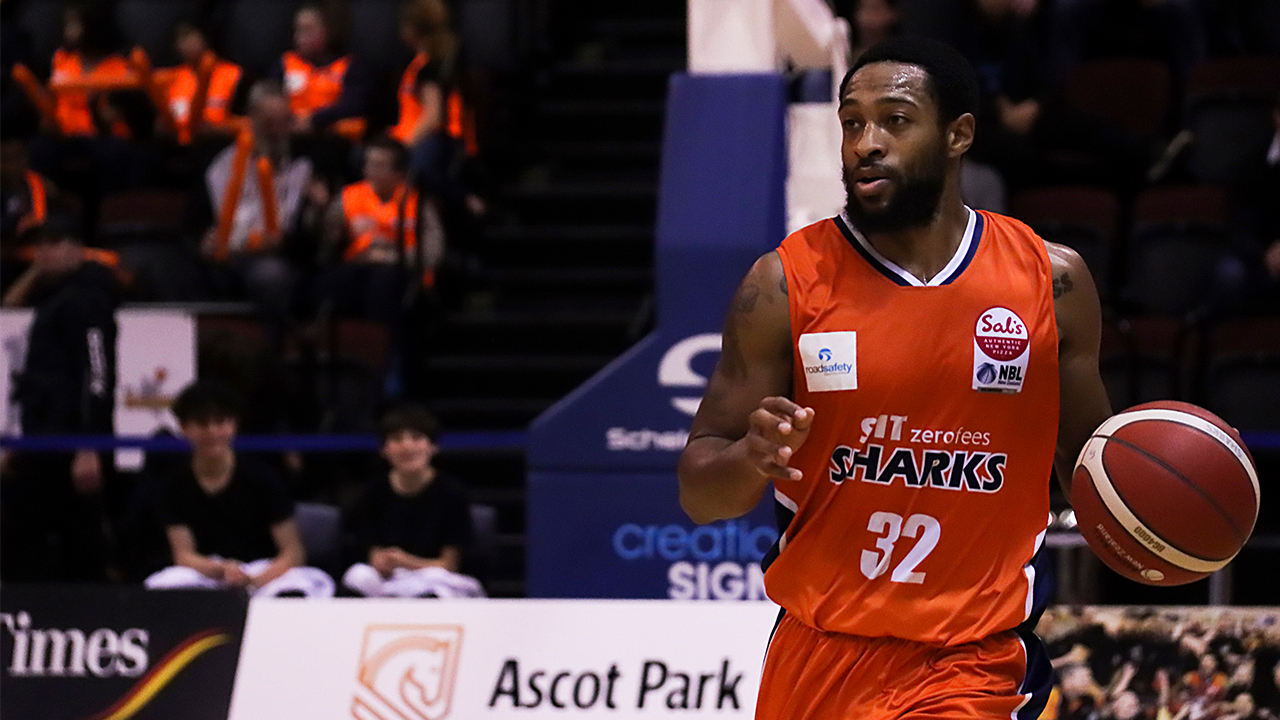 TITLE contenders Southland Sharks and Wellington Saints have established their top two positions on the New Zealand National Basketball League (NZNBL) ladder, with big wins in their respective matches overnight. The top placed Sharks won the first three quarters to take complete control over Franklin Bulls on their way to a 101-69 triumph, whilst the Saints bounced back from a loss to Hawke’s Bay Hawks last start, to win 89-63 in their home clash and retake the second spot Hawke’s Bay had snatched from them.

Southland Sharks did all the damage early, piling on 32 points to 15, leaving the visiting Bulls on the back foot from the start, then added 21-15 in the second term to lead by 23 points at the main break. Needing a spark in the second half, the Bulls could not find it until the final term – which they won by two points – as the Sharks added another 29 points to 18 in the third, leading to the eventual 32-point victory, 101-69.

Josh Cunningham piled on 22 points, seven rebounds, three assists and two steals in the win, as he grabbed the Most Valuable Player (MVP) from the match. Not far behind him was Courtney Belger (13 points, six assists and four steals) who also impressed, while Brayden Inger had the 18 points – four of eight from long-range – and six rebounds. Alonzo Burton (11 points, four rebounds) and Sione Helu (10 points, three assists and two rebounds) also hit double-figure points, while Toby Gillooly came close to a double-double of nine points and nine rebounds.

For the Bulls, Manel Ayol was the star with 17 points, seven rebounds, two assists and two steals, with a couple of fellow recent additions since the completion of the ANBL season also holding their own. Isaac Davidson (11 points, five rebounds and three assists) and Kyrin Galloway (eight points, 12 rebounds and two steals) both tried hard, whilst the Bulls’ old firm – being there since the start of the season – in Denhym Brooke (nine points, five rebounds and three blocks) also worked well in tandem.

Wellington Saints had an equally comprehensive win over Taranaki Mountainairs in a top-against-bottom clash at TSB Bank Arena. The Saints won every quarter in the match, starting off strongly to race to a 47-28 lead at the main break, then won the second half by seven points to claim a 26-point victory, 89-63.

It was incredibly difficult for judges to select an MVP from the match with seven players earning between six and three votes. In the end, captain Dion Prewster got the nod in the Saints’ winning performance, finishing with 10 points, four rebounds and four assists. Tohi Smith-Milner (15 points, four rebounds, three steals and two assists), Kerwin Roach Jr (13 points, five assists and three rebounds), Leon Henry (13 points, 11 rebounds and two steals) and Ezrah Vaigafa (11 points, six rebounds) all picked up votes in an even team performance. Ken Tuffin was another one who contributed strongly with 13 points and six rebounds.

Tai Wynyard tried his hardest for the Airs with 15 points, four rebounds and two steals, grabbing MVP votes in the heavy loss with Baxter Fenwick (10 points, two rebound) Marcel Jones had a quieter night, only shooting two of nine from the field on his way to 11 points, five rebounds, three assists and two blocks. Francis Mulvihill (seven points, four rebounds, two assists and two steals) was the other player who did his best in the loss.

Both the losers will have to regroup themselves for matches today as Franklin Bulls and Taranaki Mountainairs both hit the road to take on Otago Nuggets and Canterbury Rams respectively. The Wellington Saints take on Nelson Giants next Friday night, with Southland Sharks hosting Auckland Huskies on the Saturday night.