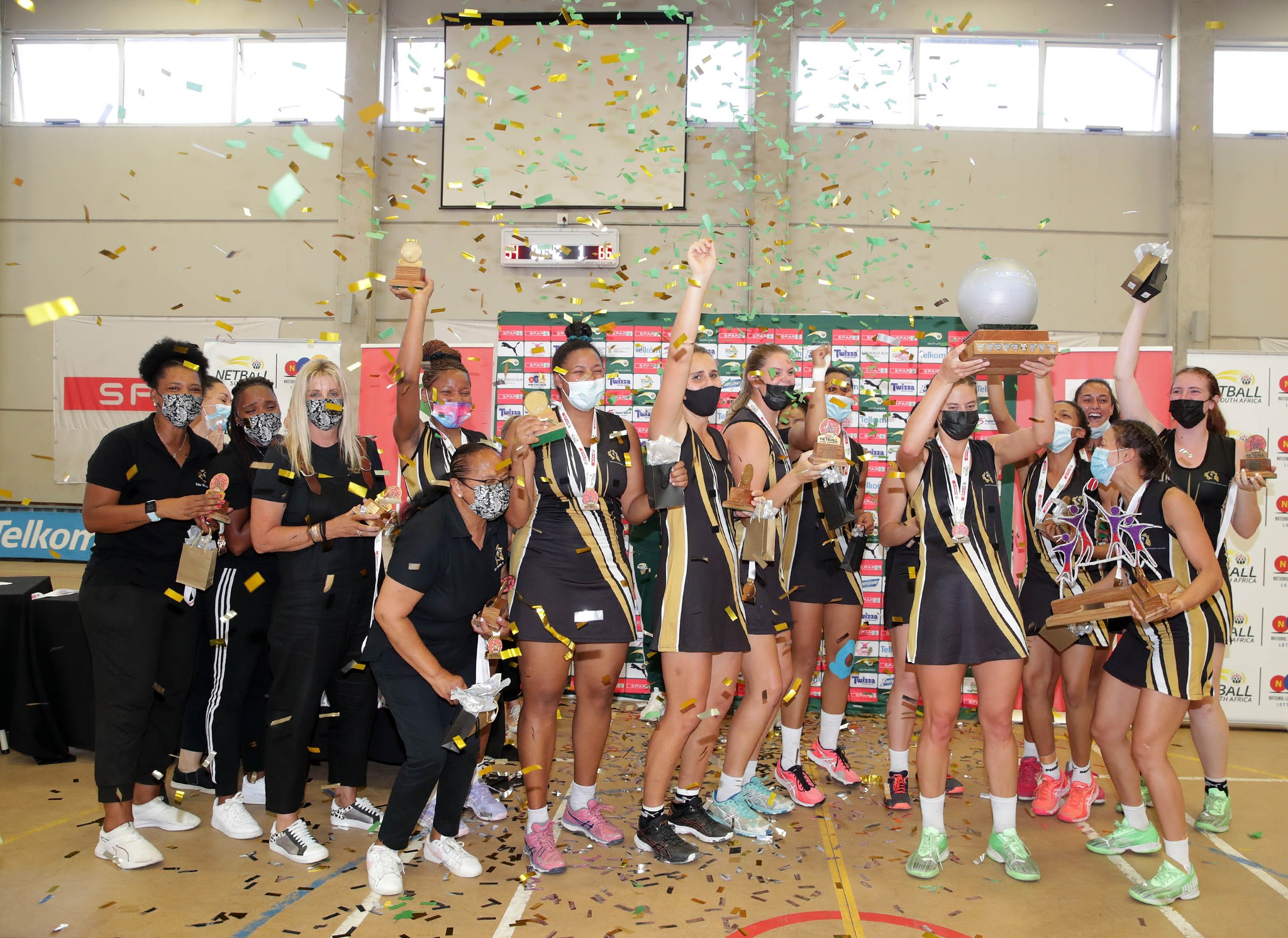 CAPE Winelands produced a perfect run at the 2021 SPAR National Championships to go through undefeated and lift the trophy aloft. Cape Winelands managed to overcome a determined effort from Nelson Mandela Bay to win the South African-based national tournament. In a tense final, Cape Winelands got up by 12 goals, 66-54.

Though the result went the way of Cape Winelands, both teams scooped up awards at the tournament. Nelson Mandela Bay captain and goal keeper Jeanie Steynn won Best Overall Player, whilst successful captain, Nicholé Taljaard won the best shooter award. Siphosethu Kilani was the standout midcourter at the tournament for the runners-up, while Ethekwini’s Jeanté Strydom was determined the best defender.

Taljaard was over the moon at her side going through the tournament so successfully and claiming the title.

“It’s amazing, as you said we’ve been undefeated,” she said post-match. “It’s not a position we’ve been in any other tournament, so it’s been really lovely to see that we were able to pull it through to the end of the tournament and that we could take the win.”

Having played with many sides over the journey, Taljaard praised her teammates for their communication skills and ability to adapt under pressure, executing the game plans when required.

“It’s really nice to be on court with players, and I’m a big communicator so it’s really lovely to play with teammates that do appreciate and do help and listen to me on court and do respond if necessary,” Taljaard said. “It’s helped me to grow as an individual player and taught me what I can do, and what I need to do to improve on and off court. Moving forward it would be nice to stay in a position like this and just learn a lot more to improve my on-court performance.”

Cape Winelands coach Marchelle Maroun echoed the thoughts of her captain, singing the praises of all her players who delivered on the big stage.

“I’m extremely proud of my players,” Maroun said. “I am taken aback and in awe of what they managed to pull off today. “I think very big match temperament came through having to prepare for a final is very different to just playing in the rounds. “They had other nerves to contend with, but I’m very proud of them. I’m proud of their maturity on court, and their smart play. “They took a dip a couple of times on court but they managed to come back again.”

Meanwhile at Under 21s level, Dr Kenneth Kaunda won in a dominant 29-goal performance over Tshwane to storm to the title. Successful shooter Elmeré van der Berg was deemed the Best Overall Player and Best Shooter of the tournament for the champions, while Johannesburg’s Tarle Mathe (Best Mid-Court) and Tswane’s Mbalenhle Ntuli (Best Defence) won the other positional awards.

Unfortunately it was not all celebratory at the tournament, with a fatal bus accident prior to the event. Three players and one official were killed in a bush crash travelling past Aberdeen on their way to the tournament, at 4am Sunday morning local time.

“We are deeply saddened by this news, losing lives is never an easy thing to deal with,” he said. “We are devastated by the news and we would like to send our deepest, sincere and heartfelt condolences to the families who have lost loved ones. “We are all in mourning, the people that passed away are part of netball and we are heartbroken by all of this.”

Maroun also paid tribute to the victims of the bus crash after the grand final win.

The title-winning coach said it helped spur her team on and gel them ahead of the tournament and big match.

“It made me help my players focus on why is it you’re doing coming to this court, what is it that we’re apart of this team, and let’s just remember that when we step onto court because sometimes when the pressure gets a bit much, I think the enjoyment leaves the environment. “But we managed to control that, and managed to get a good balance between the enjoyment and then handling the pressure.”