Shooting Stars too good for Tactix 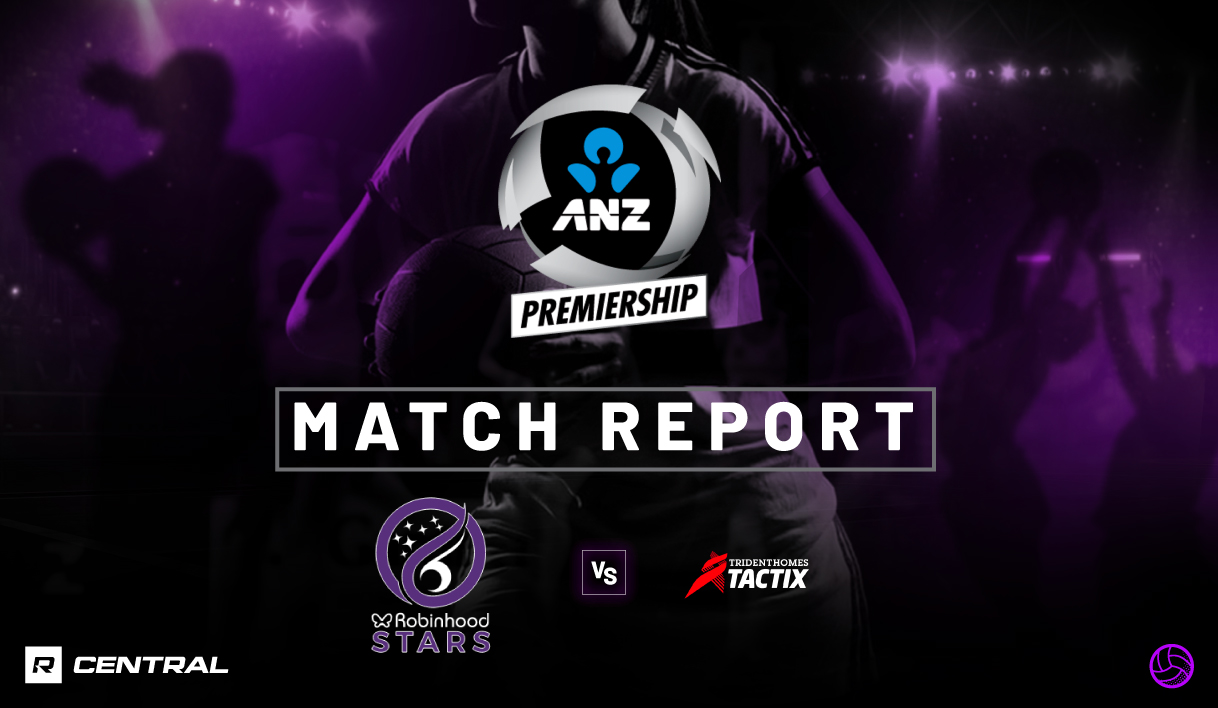 FINALLY able to play their rescheduled Round 4 game, the Northern Stars have come up trumps with an impressive eight-goal win (56-48) over Mainland Tactix in the ANZ Premiership yesterday. The Stars played just their fourth game this season, but had made the most of their chances, moving to 3-1 on the table and gaining a five-point gap on the bottom two Tactix and Waikato Bay of Plenty Magic (both 1-4). It also meant the Stars are within striking distance of a top two spot with another win, with a healthy percentage to-boot.

Though the Stars did come away with the home win at Pulman Arena, they did not always have it on their terms trailing by a goal at quarter time. Jamie Hume was misfiring a bit, shooting seven goals, but also six misses whilst Maia Wilson put up six goals from seven shots. Though the Stars were shooting at a 65 per cent ratio, their five more attempts allowed them to remain in the contest with the accurate Tactix, whose shooters Ellie Bird (10 goals from 11 shots) and Te Paea Selby-Rickit (four from four and six goal assists) were making it count. Samon Nathan also had five goal assists, whilst Karin Burger and Kelera Nawai-Caucau were brilliant in the Tactix defensive circle.

After that inaccurate first term, Hume came to the bench at quarter time, with Amorangi Malesala replacing her. The Tactix remained as is, but soon Malesala and Wilson got on top, scoring three consecutive goals on two occasions in the first half of the term to build a three-goal bugger themselves. A last second miss from Selby-Rickit almost cut the half-time deficit to one, but instead the score stood at 29-27 in favour of the Stars.

Wilson finished with a perfect 10 goals from 10 attempts, whilst Malesala had six from nine. Both Gina Crampton and Mila Reuelu-Buchanan were starting to get on top in their match ups against the equally tough Kimiora Poi and Charlotte Elley. Six turnovers to three hurt the Tactix in the quarter.

The third term was a low scoring one, with just the 11 goals apiece scored, and the Stars maintaining their two-goal buffer on the Tactix. At one stage the Stars had scored six of the first nine goals to extend the margin out to five (35-30). The visitors chose to switch Bird out for Hannah Glen and then the Tactix scored seven of the next nine – and three misses – to bring it right back level again with two minutes left. It prompted the Stars to bring back Hume for Malesala.

Glen scored from both of her two chances, whilst Hume and Wilson combined for nine of their side’s 11 goals, both shooting at 100 per cent. The low scoring could b credited to both defences with Burger having a superb game and Nawai-Caucau also doing her best, whilst Anna Harrison had taken control against Bird.

As the teams headed for home, Kayla Johnson earned a break in the last quarter, with Holly Fowler coming on at wing defence, whilst Lisa Mather rotated into the centre bib to relieve Reuelu-Buchanan late in the term. The only Tactix change came at goal keeper five minutes into the quarter with Kate Lloyd thrown into the mix after the Stars scored seven of the first 11 goals to go out to a five-goal margin.

Despite the change, the Stars kept going with Wilson scoring four consecutive goals midway through the term, and then with costly misses to Selby-Rickit and Glen hurting the Tactix, the Stars added another two and were on top by a game-high nine lead. Though the Tactix managed to cut it back one, the Stars still won the quarter 16-10, and the match 56-48.

Whilst many players could have won the Most Valuable Player, that belonged to Elle Temu who’s pressure in the Stars defensive goal circle alongside Harrison really disrupted the Tactix rhythm. She had one intercept, one rebound and only eight penalties, whilst having six deflections, turning three of them into gains. She also recorded a game-high five gains. Harrison had two rebounds and two intercepts, whilst up the other end, Wilson shot 31 goals from 34 attempts. After her inaccurate first term of seven from 13, Hume scored 10 of 11, whilst Reuelu-Buchanan and Crampton shared in 40 of the side’s 52 goal assists.

Burger was outstanding in goal defence with seven deflections, five gains, two intercepts, two rebounds and even a feed, being incredible in goal defence. Nathan (15 goal assists from 36 feeds) and Poi (13 from 30) both picked up an intercept, whilst Selby-Rickit managed 17 goals from 21 attempts, 16 goal assists and a rebound. Bird shot 21 from 24, and Glen hit 10 from 11 in the match.