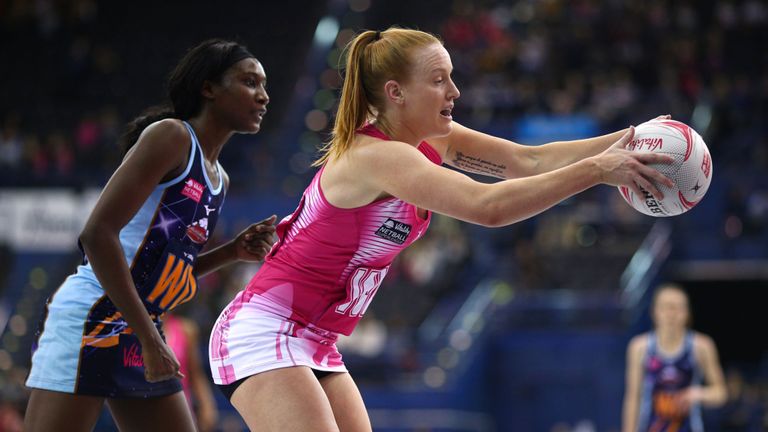 AFTER an opening round full of ups and downs, round two of the Vitality Netball Superleague is sure to excite fans and mix up the ladder.

Opening round two on Friday night at Emirates Arena are early high achievers Strathclyde Sirens and Team Bath, second and third on the ladder. Both teams are coming off strong wins in round one, with margins of 18 goals and 17 goals respectively, so will want to assert their dominance at this early stage in the season with another good win.

Ladder leaders Wasps Netball will be looking to back up their strong start to the season in round two against Manchester Thunder on Friday night at Ricoh Arena. Fourth ranked Thunder had a good win against Saracens Mavericks in round one, but will need to really lift if they want to push Wasps at top strength and their home court.

Tenth ranked Loughborough Lightning will take on sixth placed Severn Stars at Sir David Wallace Arena on Saturday evening, fighting to regain confidence and composure after a disappointing start to the season against the Wasps last week. Stars will be ready for a win this week after coming off a tough two goal loss to London Pulse last week.

Surrey Storm will play Saracens Mavericks on Saturday evening at Surrey Sports Park. Both sides will be looking for their first win of the season after a tough round one, especially Surrey Storm, who went down by 18 points to Strathclyde Sirens last week. At this early stage in the 2019 season it will be a big indicator of ladder differences if there’s a big margin, so it will be an interesting match.

The last game of the round takes place at 7pm on Saturday night between London Pulse and Celtic Dragons – the competition’s newest team, and the competition’s 2017/18 wooden spoon. Pulse will have to face the pressure of backing up their good start to the season, while Dragons will be looking for redemption following their big loss to Team Bath in round one.