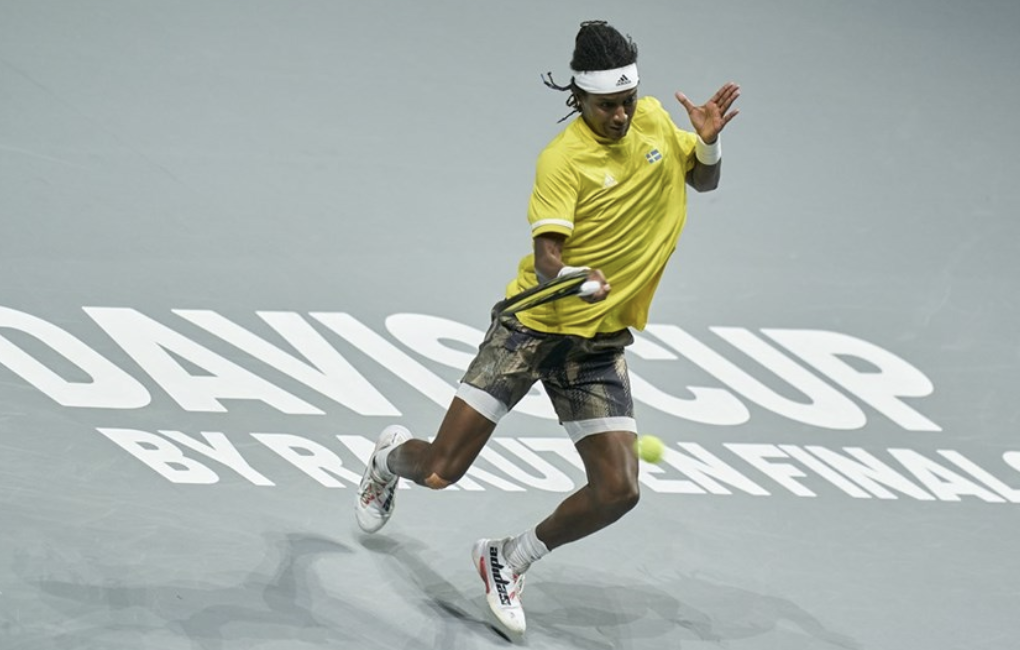 LATE withdrawals rocked one of the tournament favourites at the 2021 Davis Cup Finals, allowing a serious underdog to produce a boilover, whilst it was painful for the green and gold army. In today’s day one 2021 Davis Cup wrap, we see Sweden destroying an understrength Canada, Croatia rolling Australia with ease, whilst France had to fight hard to overcome a determined Czech Republic.

Sweden took full advantage of late withdrawals and Top 20 players Denis Shapovalov and Felix Auger-Aliassime to go from rank underdog to favourite in the clash. The Ymer brothers – Elias Ymer and Mikael Ymer – took control of the singles and got the job done. First up was Elias who cleaned up Steven Diez in an hour and 27 minutes, winning 6-4 6-2. He hit 22 winners to seven, and only had five more unforced errors (10-5).

Then along came brother Mikael who had a more impressive win, defeating Top 100 talent Vasek Pospisil in just under an hour and a half, 6-4 6-4. Pospisil hit 16 winners to 11, but also committed 15 unforced errors to eight, as Ymer won 80 and 70 per cent of his first and second serve points to secure the upset win. The victory allowed Sweden to win the tie.

Cleaning up in a sweep, Sweden did not drop a set the entire tie, defeating Canada in straight sets in the doubles too. There, Andre Goransson and Robert Lindstedt were too strong for Pospisil and Brayden Schnur, winning 7-6 6-4 in an hour and 41 minutes. The Canadians served eight more aces (11-3), but the Swedes only hit four unforced errors to 10 in what was a nail-biting contest. In the end, Sweden only won five more points, but it was enough to get the win.

Croatia has thrown a massive spanner in the works of Australia’s hopes of qualifying for the knockout stage, destroying the green and gold in a sweep, 3-0. The Australians were without Nick Kyrgios and controversially chose not to include James Duckworth or a second specialist doubles player, and it cost them. The first match saw Borna Gojo take down Alexei Popyrin in a tight straight sets match 7-6 7-5 in one hour and 49 minutes. Gojo served eright aces to four, and broke from his own break point opportunity, as Popyrin created five chances, but could not breakthrough. Gojo also only committed four unforced errors to the Australian’s 14.

Even Australia’s top singles player Alex de Minaur could not save them, losing to Croatia’s Marin Cilic in three sets. The big-serving Croatian produced 10 aces and won 77 per cent of his first serve points on his way to a 6-1 5-7 6-4 victory in just under two hours. Cilic broke five times from 11 chances, and hit 30 winners to nine, whilst only committing 10 unforced errors to de Minaur’s 12 in the win. The result put a line through Australia in the tie, with the singles the biggest question marks for the Croatians.

Possessing the best doubles combination in the world, Nikola Mektic and Mate Pavic were never going to lose, and they claimed a dominant 6-3 6-1 victory over John Peers and de Minaur. Winning 73 and 75 per cent of their first and second serve points, and hitting 34 winners to 16, the Croatians played a perfect doubles game to never face a break point, whilst breaking four times from 13 chances to grab the victory. It put the 2018 champions in the box seat to advance to the knockout stage.

France showed the importance of having a specialist doubles combination during its tight 2-1 win over Czech Republic. Despite missing a host of older stars who have held up the nation through a historically successful reign, it was the next tier of players who got the job done. Despite naming a couple of young guns for the tie, it ended up still being the more experienced players out on court. First up Richard Gasquet went up against the much younger Tomas Machac, with the latter producing a great win. The 21-year-old Czech won 7-6 6-2 in an hour and 33 minutes. He served 11 aces to four and broke three times to one, only committing four unforced errors for the match. Whilst Gasquet hit six more winners (16-10), he also committed seven more unforced errors in the loss.

The second match was between a couple of wily veterans in Frenchman Adrian Mannarino and Czech Jiri Vesely. Mannarino needed two hours and 32 minutes before he could salute, eventually getting up in a tight three-setter, 6-7 6-4 6-2. Despite Vesely producing 14 aces to eight, Mannarino was more consistent across the board, winning 78 to 69 per cent of his first serve points, breaking four times to one, and hitting 21 winners to 15. He was particularly dominant off the forehand wing, producing 17 winners to nine, running away with the contest in the third set.

France closed out the match with a crucial doubles win, thanks to the nation’s specialist doubles combination. Pierre-Hugues Herbert and Nicholas Mahut won against Czech Republic’s Jiri Lehecka and Machac, 3-6 6-4 6-3. After dropping the first set in a shock, the French duo hit back hard to win in two hours and four minutes. They were on the receiving end of winners (21-27), but were even across the board otherwise, closing out crucial points in the victory. The Czechs actually won two more points compared to their opponents, but could not get over the line, helping France to the important win.