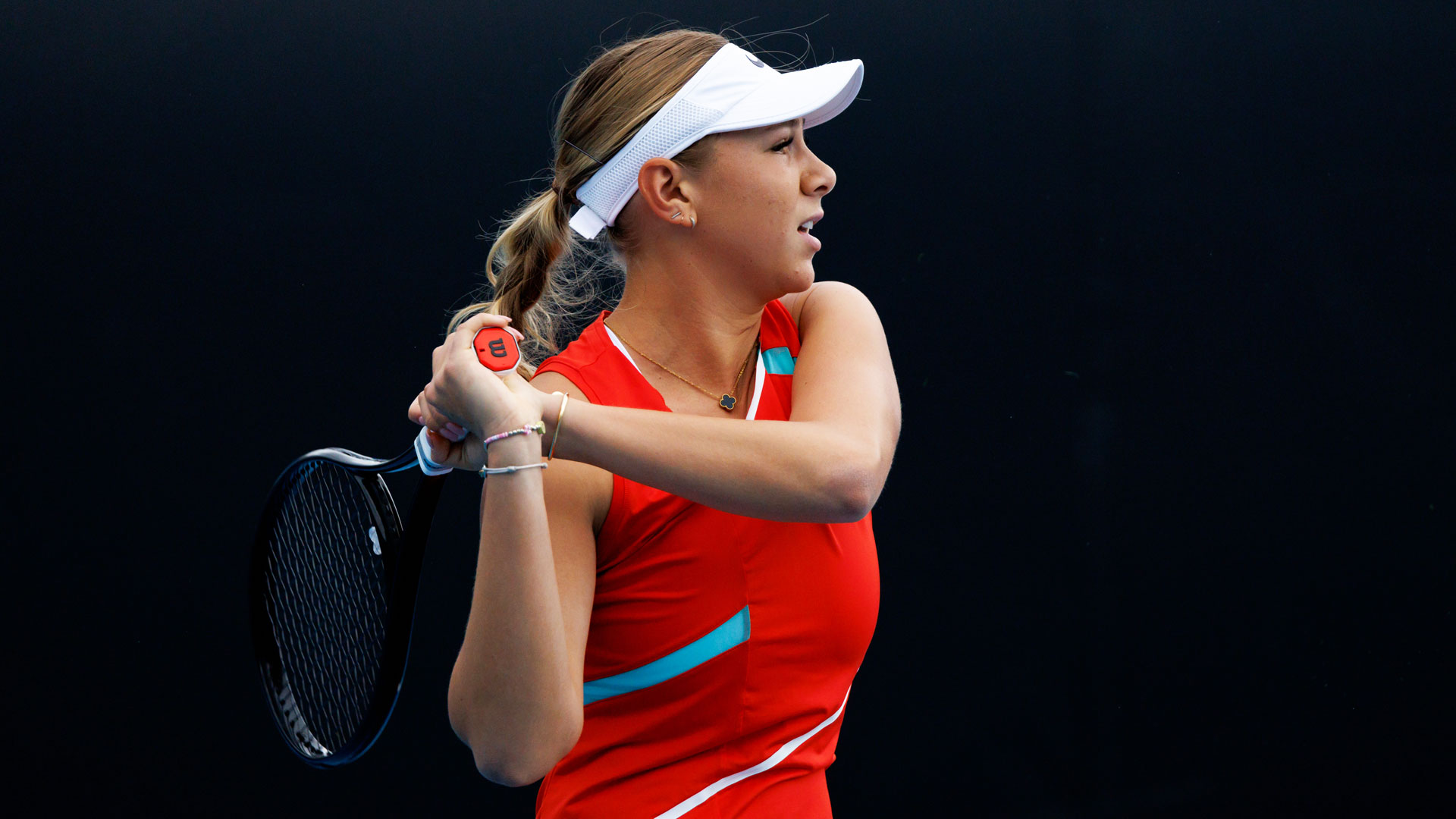 AMERICAN young gun Amanda Anisimova has fought back from a set and a break down to win in three sets over Dutch qualifier Arianne Hartono. The talented United States representative already has a title to her name this season when she won in Melbourne a fortnight ago, but she could not get going in the first set against a determined Hartono. Trailing 2-4 in the second set after losing the first set 6-2, Ansimova produced a sterling comeback to win, 2-6 6-4 6-3 in an hour and 44 minutes on 1573 Arena.

Anisimova’s power game showcased her inconsistency from the get-go, hitting three unforced errors in the opening game of the match to be broken. She immediately broke back after being down a game point, with the 25-year-old Dutchwoman hitting a couple of unforced errors. Hartono returned serve in a literal sense with a third straight game going to the receiver, then held for the first game of the set. Back-to-back winners at the end of the fifth game solidified Hartono’s stranglehold with a second break, then held her serve to go 5-1. Though Anisimova held serve for a second game forcing the qualifier to serve it out, Hartono did just that, winning the first set 6-2.

Hartono was the far superior player in the first set, winning 54 and 63 per cent of her first serve points off a 75 per cent clip, whilst Anismova sat at 47 and 33 off 65 per cent. In reality though, it was more Anismova’s loose racquet that hurt her, hitting a whopping 16 unforced errors to only six winners. Whilst Hartono only hit the four winners, she only hit five unforced errors and broke three times to one.

An upset was brewing in the second set despite it starting relatively to plan. Anisimova held serve twice to move to 2-1 up, but then failed to capitalise on a break point in the fourth game. Hartono produced an ace and then then closed out the game. It seemed to rattle the young American who hit four unforced errors in the fifth game to be broken for the fourth time in the match.Holding comfortably after another couple of unforced errors off her opponents’ racquet, Hartono lead 4-2 in the set.

At a real pivotal point in the match and staring down a shock upset, Anismova found herself 0-30 and just six points away from elimination in the Australian Open. She forced Hartono to make a few errors and held serve, then it was time for her inexperienced yet older, Dutch opponent to fall apart. A double fault followed by two errors saw Hartono facing three break points. Remarkably she saved the all and then had two more game points to go 5-3 up, but also bungled them, and Anisimova took full toll with a forehand winner to break back and go to 4-4. From there the American held in her most comfortable service game in the match, and then broke back to in the second set 6-4 and level the match.

Despite winning the last four games of the second set, Anisimova was not going to just stroll into victory. Hartono stepped up in the opening game of the decider, breaking back with a nice forehand winner to seal the deal. The players continued the trend until the fifth game when Anisimova finally held. Despite a marathon sixth game that lasted 10 minutes and gave Anisimova three break point opportunities, Hartono managed to hold to ensure the scores were once again level. That was the last game she won though, as Anisimova hit two winners on her way to holding to love, then broke back on her first chance, and served out the match to win.

The third set was promising for the American who won 76 per cent off her first serve points off a 68 per cent efficiency, whilst hitting 12 winners to only 11 unforced errors. By contrast, Hartono conceded 14 unforced errors for five winners and despite saving six break points, was unable to get past a powerful opponent. In the end, Anisimova just powered her way to victory, having to work into the match but got there in the end to advance through to the second round.

It only gets harder from here though, with the American young gun taking on 22nd seed, Switzerland’s Belinda Bencic who defeated Frenchwoman Kristina Mladenovic in their first round match. The winner of that contest seems likely to face reigning champion and 13th seed Naomi Osaka.