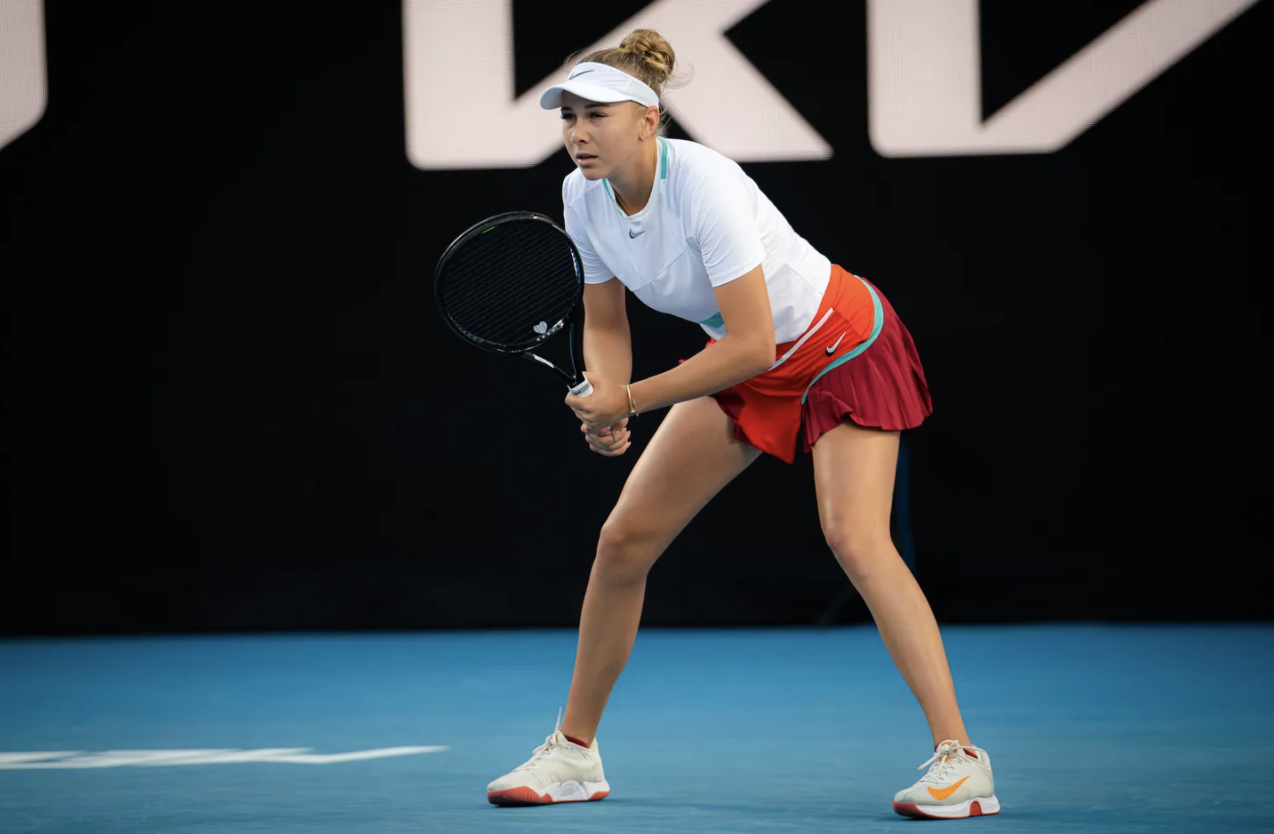 IT was meant to be the matchup of the tournament. The world number one Ash Barty up against the reigning Australian Open champion and the player largely regarded as the next best in the world, Naomi Osaka. The fourth round clash was just two nights away, with both Barty and Osaka needing to get over their respective opponents, Camila Giorgi and Amanda Anisimova.

Fittingly, though somewhat frustratingly for fans, both players were scheduled on at the same time on separate courts. Barty was naturally out on Rod Laver Arena, whilst Osaka – who was just of deserving of the top court – was competing a few hundred metres away on Margaret Court Arena. Whilst the Australian cruised past Italian Giorgi in straight sets, 6-2 6-3, Osaka had a very different task.

Coming into the match, Osaka was strong favourite against the young American who has had a forgettable couple of years. Not only had she suffered through interruptions with COVID-19 and injury at times, but her form dipped right after the tragic loss of her father. She was just 17 at the time, and after a promising start to her career, it was naturally a horrific turning point.

After a couple of struggling years where she dropped from 21st in the world back in 2019 to the lower echelon of the Top 100 – she is ranked 60th currently – Anisimova showed signs in the past month that she is getting back to her best. Pairing with coach Darren Cahill, Anisimova has regained the confidence that had her close to cracking the Top 20. Possessing enough weapons to worry the top players, Anisimova is capable of anything on her day.

In the lead-up to the Australian Open, Anisimova won in Melbourne, just her second title in her career, and first since 2019. Though not always easy, and largely against opponents that on pure talent alone Anisimova is far superior, she still showed she could be back on track in her WTA Tour career. In the first two rounds, Anisimova took out Dutch qualifier Arianne Hartono in a less-than-convincing three-set win. Then, she took care of 22nd seed Belinda Bencic in a far more impressive straight sets victory.

Up against Osaka, Anisimova is one of the few players to have the weapons to worry Osaka. The Japanese Grand Slam champion had not played a player who could generate their own power like the American could in the opening two rounds. She certainly found out just how difficult Anisimova can be, despite winning the first set 6-4. From there, Anisimova got into the rhythm and back on top, claiming the second set 6-3 to level the match. The third set went into an epic tiebreaker, which saw the American win six of the last seven points to claim it 10-5, and 4-6 6-4 7-6 in total two hours and 15 minutes.

All of a sudden, the Barty-Osaka match was off, and now it would be Barty-Anisimova. Much like Osaka, Anisimova has the weapons to worry Barty, but the Australian will likely better handle her than Osaka. The world number 13 would have been a bigger concern for Barty off pure styles, but Anisimova is a player not to be taken lightly.

In her win over Osaka, Anisimova hit 11 aces to five, and won 72 and 61 per cent of her first and second serve points off a 68 per cent clip. She also hit more winners than unforced errors (46-44), while Osaka was far the other way (21-45). Though both players only broke once apiece, Anisimova was better upon receiving, winning 31 to 25 per cent of the points, something she will need to do well against Barty, who is one of the best serve placers on Tour.

Anisimova said she was in disbelief that she had taken out Osaka and was into the Round of 16 at the first Grand Slam of the year.

“I’m speechless I absolutely love playing in front of you guys in Melbourne,” she said. “Honestly it’s so much fun, I just can’t stop smiling even when I’m playing and I should be serious. I’m just laughing at what you guys say some times.”