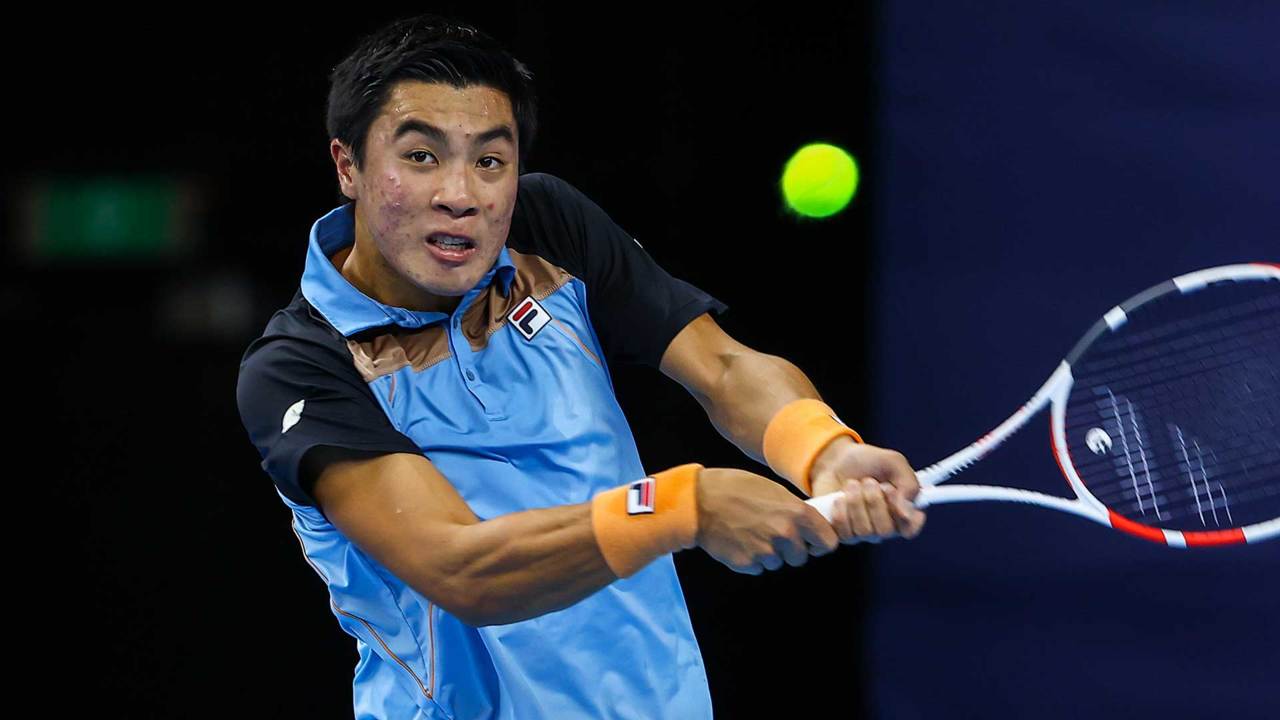 DEVELOPING American prospect Brandon Nakashima is an exciting young talent, steadily making his way up the ATP Tour rankings since his initial senior debut in late 2019 on the Challenger tour. Still only 20-years-old and realistically only completing his second full season on the ATP Tour, the California native and former junior world number three has plenty left in the tank and is set to continue his development with further exposure to top level players.

Sitting at a career-high world number 70 at time of publish, Nakashima has well and truly shot up the rankings in 2021 but also managed to retain underdog status. He started 2021 ranked 170 in the world and, since breaking into the top 100 for the first time in early August, has not taken a backwards step as he slowly but surely crept up the leaderboard. This rise is off the back of excellent runs at ATP 250 events, making back-to-back finals at the level and showcasing just what he is capable of. While he was unfortunate to come off second best at both the Atlanta Open final (lost to compatriot John Isner 7-6(8) 7-5) and the Mifel Open final (lost to Cameron Norrie 6-2 6-2), Nakashima proved he has the skill and drive to reach that level and is undeniably close to the maiden title milestone.

Nakashima split his time equally between the ATP and Challenger circuits prior to Wimbledon in June-July, with a 64 per cent win rate on the Challenger tour paving the way for the then-19-year-old to step up the to the ATP level on a consistent basis from July onwards, with a current 60 per cent win rate (15-10) throughout 2021. Like many young players, Nakashima’s win ratio against Top 20 talents is skewed against him, with losses to sixth ranked Andrey Rublev and 16th ranked Diego Schwartzman over the past month, however his results against the tightly contested 20-50 ranks are split 6-4 with this year proving the 20-year-old typically bodes well against the mid-range talent. This comes down to his willingness to compete hard no matter the opposition and pile on the pressure despite his lower ranking to upset a few of the big names on tour.

The exciting talent has moved up to seventh in the Next Gen ATP Finals Race to Milan, looking to make one last push in this week’s European Open event to ensure he retains that ranking with the first seven qualifiers confirmed on Monday, November 1 – next week. Ultimately, even if Nakashima does not end up competing in the Next Gen finals, the developing talent has done enough to put himself in good stead for 2022, with a solid full season behind him and plenty of potential. While not the most versatile talent on the tour, focusing primarily on the hard surface, Nakashima has not shied away from alternate surfaces and opportunities in his junior years with it another area of improvement.

While Nakashima is somewhat underrated on the tour amongst other young American talents – Reilly Opelka, Taylor Fritz, Sebastian Korda, Frances Tiafoe, Tommy Paul and Jenson Brooksby are all under 25-years-old and rank within the top 60 – he is a hard worker and has proved he has the drive and determination to reach his goals. Achieving them is the next step.