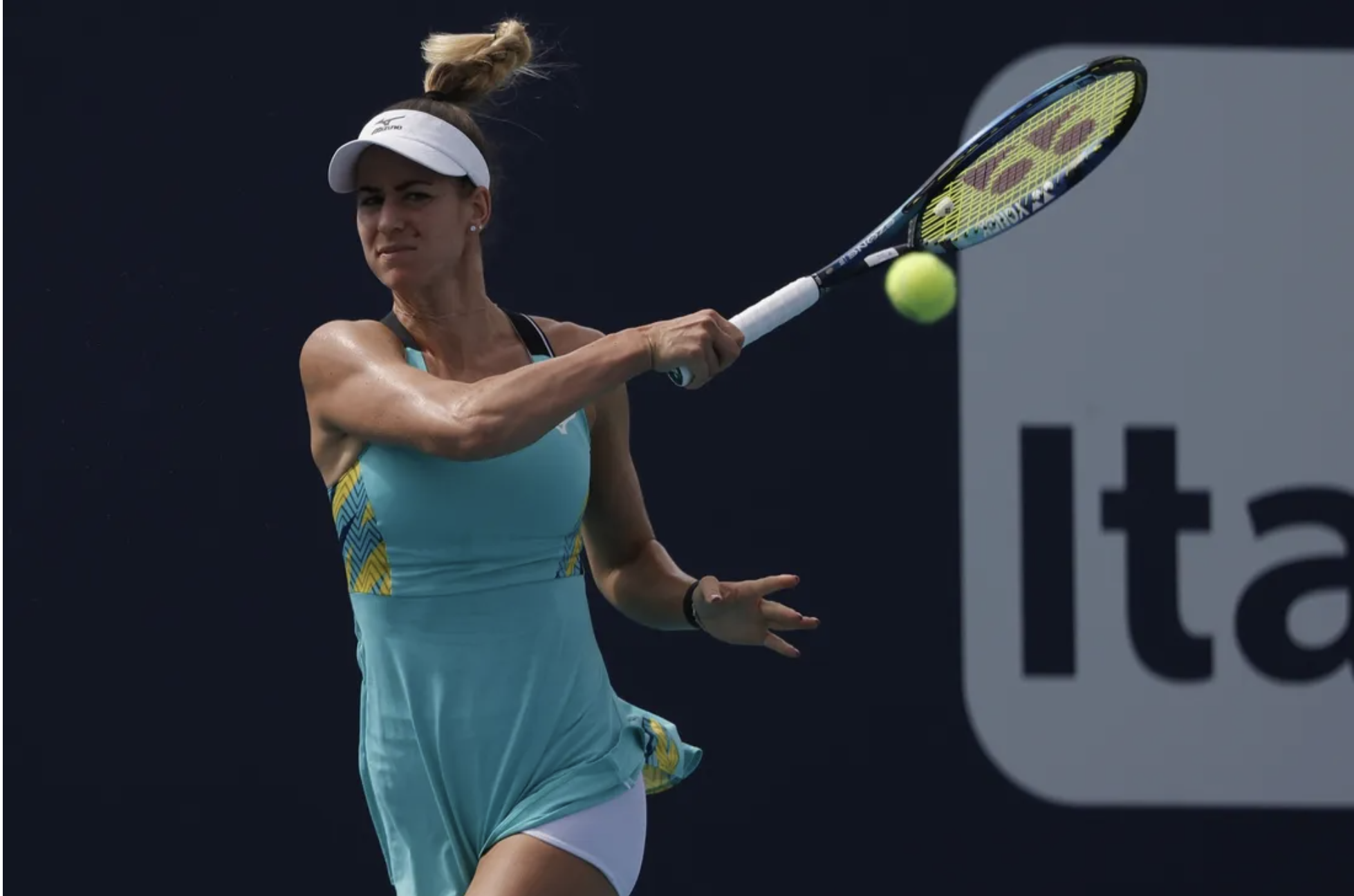 HUNGARIAN ninth seed Anna Bondar edged just two wins away from a home title in Budapest, defeating second seed Martina Trevisan in a quarter finals upset. Playing at the Hungarian Grand Prix WTA250 event, Bondar is the sole Hungarian remaining in the draw, and she kept her hopes alive of winning in front of home fans thanks to a 6-4 6-1 victory over Trevisan to reach the semi-finals.

The match lasted an hour and 42 minutes before the world number 53 was able to advance through to the final four, shaking off an early challenge from Trevisan to run away with the contest in the second set. The second seed Italian had to save 11 of a possible 17 break points, but the weight of numbers eventually won out, with Trevisan only able to break Bondar twice. Bondar won 71 per cent of her first serve points, and despite having an inconsistent serve – 53 per cent efficiency – she was able to step up on Trevisan’s serve, winning 54 per cent of her return points on the way to victory.

Ninth seed Bondar will now take on American qualifier Bernarda Pera who upset in-form Italian Elisabetta Cocciaretto, 6-4 6-3. In the other semi-final, third seed Yulia Putintseva and Serbian Aleksandra Krunic won through. Putintseva defeated Ukrainian Lesia Tsurenko after the latter had to retire while the Kazakh was up 6-2 2-0, as Krunic took care of China’s Xiyu Wang in a 6-1 6-0 thrashing.

Meanwhile in the other WTA 250 event, Croatian Petra Martic caused a boilover by defeating second seed Belinda Bencic on her home court, running out a 6-3 7-6 victor in Lausanne, Switzerland. Martic will now lock horns with sixth seed Caroline Garcia who also caused an upset by defeating fourth seed Sara Sorribes Tormo, 6-4 6-1. In the other quarter finals, Serbian qualifier Olga Danilovic ended the run of Swiss wildcard Simona Waltert to win in a third set tiebreaker, 6-4 4-6 7-6 and set up a semi-final against Russian Anastasia Potapova who defeated German Jule Niemeier.

There was more predictability in the men’s quarter finals at both Newport and Bastad, with Australian Jason Kubler continuing his impressive run by defeating compatriot James Duckworth and setting up a semi-final with third seed Kazakh, Alexander Bublik. At Bastad, eighth seed Argentinian Sebastian Baez outlasted Austrian Dominic Thiem 6-2 6-7 6-4 to join fellow Argentinian Francisco Cerundolo in the semi-finals. Cerundolo knocked off Russian Aslan Karatsev to set up a match against fifth seed Pablo Carreno Busta. The Spaniard destroyed Cerundolo’s compatriot Diego Schwartzman, with the third seed barely giving a yelp during the 6-1 6-0 loss. Baez will now take on second seed Andrey Rublev who took care of Serbian Laslo Djere.