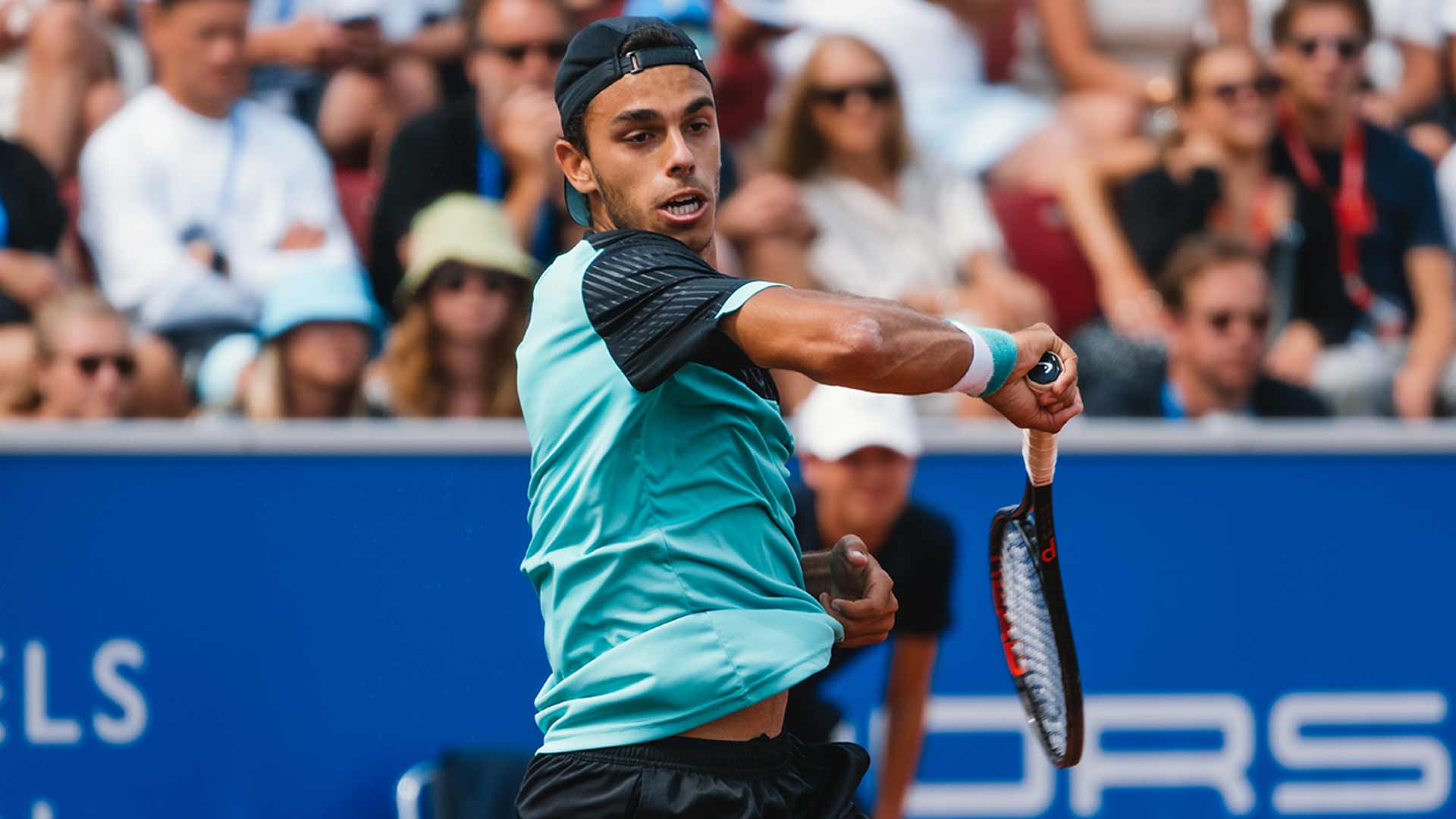 ARGENTINIAN Francisco Cerundolo is no stranger to big wins on clay courts, and he produced the goods once again by taking down one of the best clay courters in the world, Norwegian Casper Ruud. The world number 39 has made some big inroads the last couple of years since turning professional in 2018, but playing an in-form Ruud – who reached the Roland Garros final before bombing out on grass at Wimbledon – was as big of a challenge as they come.

The second round at Bastad was only the second time the pair had played, with Ruud winning in the Miami Masters 1000 semi-final earlier this year. On this occasion though, Cerundolo proved too good, earning a three-set win.

In a match that lasted two hours and 34 minutes, Cerundolo won 6-4 3-6 7-5 to book his spot in the quarter finals. He weathered the storm from Ruud’s serve who put down nine aces and won 74.3 per cent of his first serve points off a 67 per cent clip. Though Cerundolo was lower in that regard with just 65 from 55 per cent, he scrapped better off his second serve to win 66 per cent of those points compared to Ruud’s 55 per cent. He also saved nine of a possible 11 break points, and broke Ruud in the deciding set to claim the victory. Only one point separated them in the end, with Cerundolo winning 99 points to Ruud’s 98.

“I’m feeling amazing, I’m really happy,” Cerundolo said post-match. “It’s amazing getting my first Top 10 win. It’s been the best year so far in my career. He’s a French Open finalist and was the defending champion here, so it was a big challenge for me and I’m happy to go through.”

The Argentinian will now go on to play unseeded Russian Aslan Karatsev in the quarter finals, after Karatsev downed Frenchman Hugo Gaston in straight sets, 6-2 6-4. In the other Round of 16 results, third seed Diego Schwartzman ended the run of local wildcard hope, Sweden’s Elias Ymer in straight sets, to set up a quarter final against Spanish fifth seed Pablo Carreno Busta. The world number 18 proved too good for his compatriot Albert Ramos-Vinolas in a hard-fought three-set victory.

At Newport, rain delayed the final match of the second round between top seed Felix Auger-Aliassime and Australian Jason Kubler, after six of the other seven seeds booked their spots in the final eight. There were few surprises other than seventh seed Jiri Vesely withdrawing pre-match to give Steve Johnson safe passage to the next round, along with compatriots, second seed John Isner and fourth seed Maxime Cressy. Grand Slam champion Andy Murray also moved through, as did seeds Alexander Bublik, Benjamin Bonzi and James Duckworth.

There were some big upsets on the WTA Tour at Budapest, with mixed emotions for the world’s best doubles pairing in the singles. Top seed Barbora Krejcikova fell to China’s Xiyu Wang in a huge upset, whilst Czech doubles partner Katerina Siniakova won through after being a set up against fourth seed Anhelina Kalinina and the Ukrainian retired. Moving through to the quarter finals were second seed Italian Martina Trevisan, as well as local hope Anna Bondar, Ukrainian Lesia Tsurenko and qualifier Bernarda Pera.

In Lausanne, local hope and wildcard Simona Waltert continued her run after stunning top seed Danielle Collins in the first round, by defeating Spanish qualifier Cristina Bucsa in the Round of 16. She was joined in the quarter finals by fourth seed Sara Sorribes Tormo, as well as Russian Anna Potapova and Croatian Petra Martic. French qualifier Leolia Jeanjean got a free pass into the Round of 16 when in-form German Tatjana Maria withdrew pre-match.