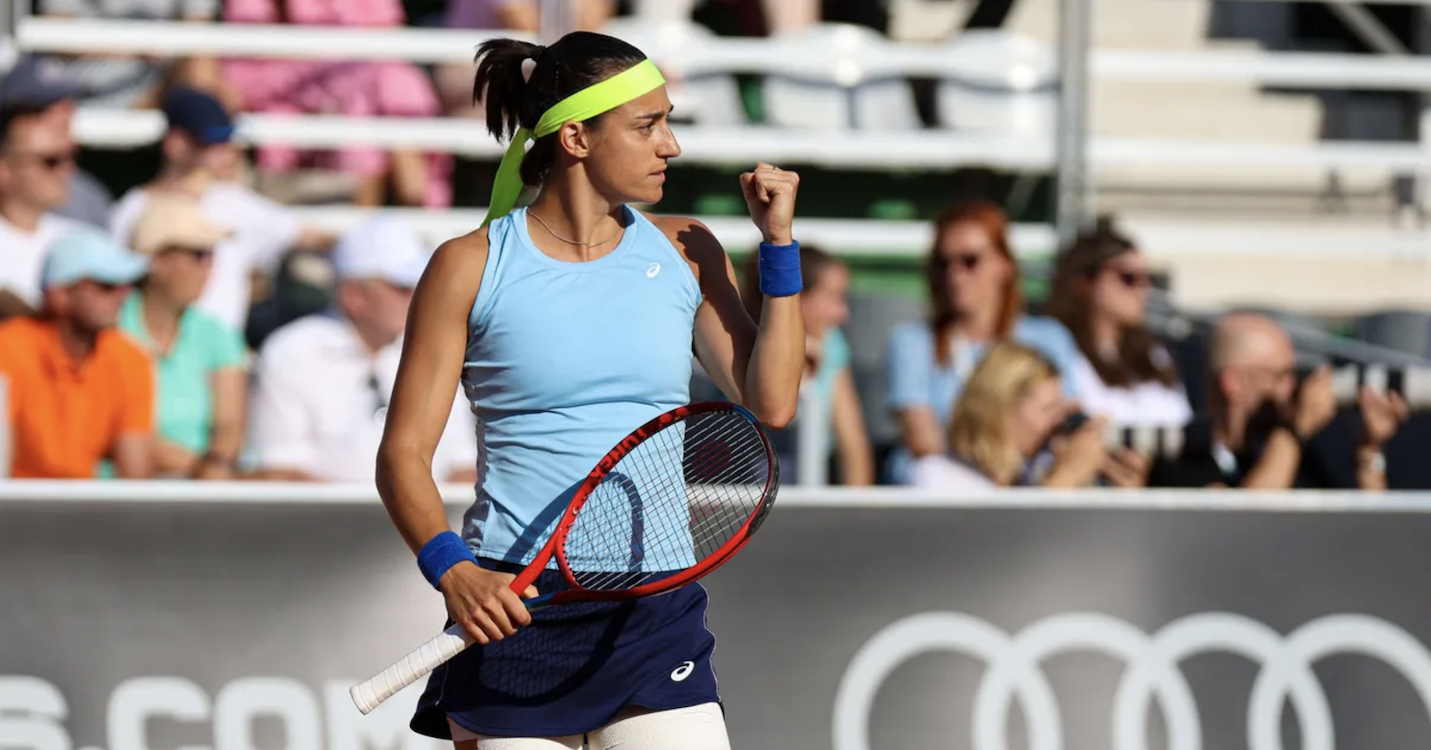 FIFTH seed Caroline Garcia has caused a massive upset, downing top seed and tournament favourite Iga Swiatek in a stunning three-set win on Swiatek’s home court in Warsaw, Poland. The world number one was a heavy favourite to take out the title, and had reached the final eight of the event with an 18-game winning streak on clay. That all came to an end though when Garcia held her nerve throughout the two hour and 17 minute clash on Center Court.

The French fifth seed only served the one aces for six double faults and had a lower serving efficiency (70 to 74 per cent) compared to Swiatek’s four aces and two double faults. But Garcia won 63 per cent of her first serve points and was able to break a crucial fifth time, when Swiatek could only break the four. Just six points separated the players after an odd first two sets which both resulted in 6-1 scores, but one to each of them. Then Garcia closed it out in a tight one 6-4, to advance through to the semi-finals and take on 10th seed Jasmine Paolini.

“It was a very important match and I tried to be ready for it,” Garcia said post-match. “I started very strong, putting a lot of pressure on her. As soon as I got a bit lower-intensity, she came back very strong, and that’s what is happening against a top player.

“I stayed positive, I kept believing in my game and the way I wanted to play, and the third set was definitely very good tennis.”

Garcia will lock horns with Paolini in the only two remaining seeds in the tournament, after the Italian 10th seed fought back from losing the first set convincingly to put away Swiss hope Viktorija Golubic, 1-6 6-2 6-2. In the other semi-final, Romanian Ana Bogan ended the run of Brazilian lucky loser Laura Pigossi, and will have to repeat the dose against Ukrainian lucky loser Kateryna Baindl (nee Kozlova) after she upset eighth seed Petra Martic – also coming from 6-1 down – to win 1-6 6-3 6-4.

In the other WTA Tour tournament in Prague, Czech wildcard Linda Noskova continued her remarkable run at home with a 6-3 4-2 win over Japanese lucky loser Nao Hibino after the latter retired. Her compatriot eighth seed Maria Bouzkova booked her spot in the final four with a comprehensive win over Russian qualifier Oksana Selekhmeteva, while Anastasia Potapova completely blitzed top seed and Estonian Anett Kontaveit, 6-1 6-1 in a shocking upset. Chinese qualifier Qiang Wang also won through to the semi-finals, defeating Poland’s Magda Linette, 7-5 6-7 6-4.