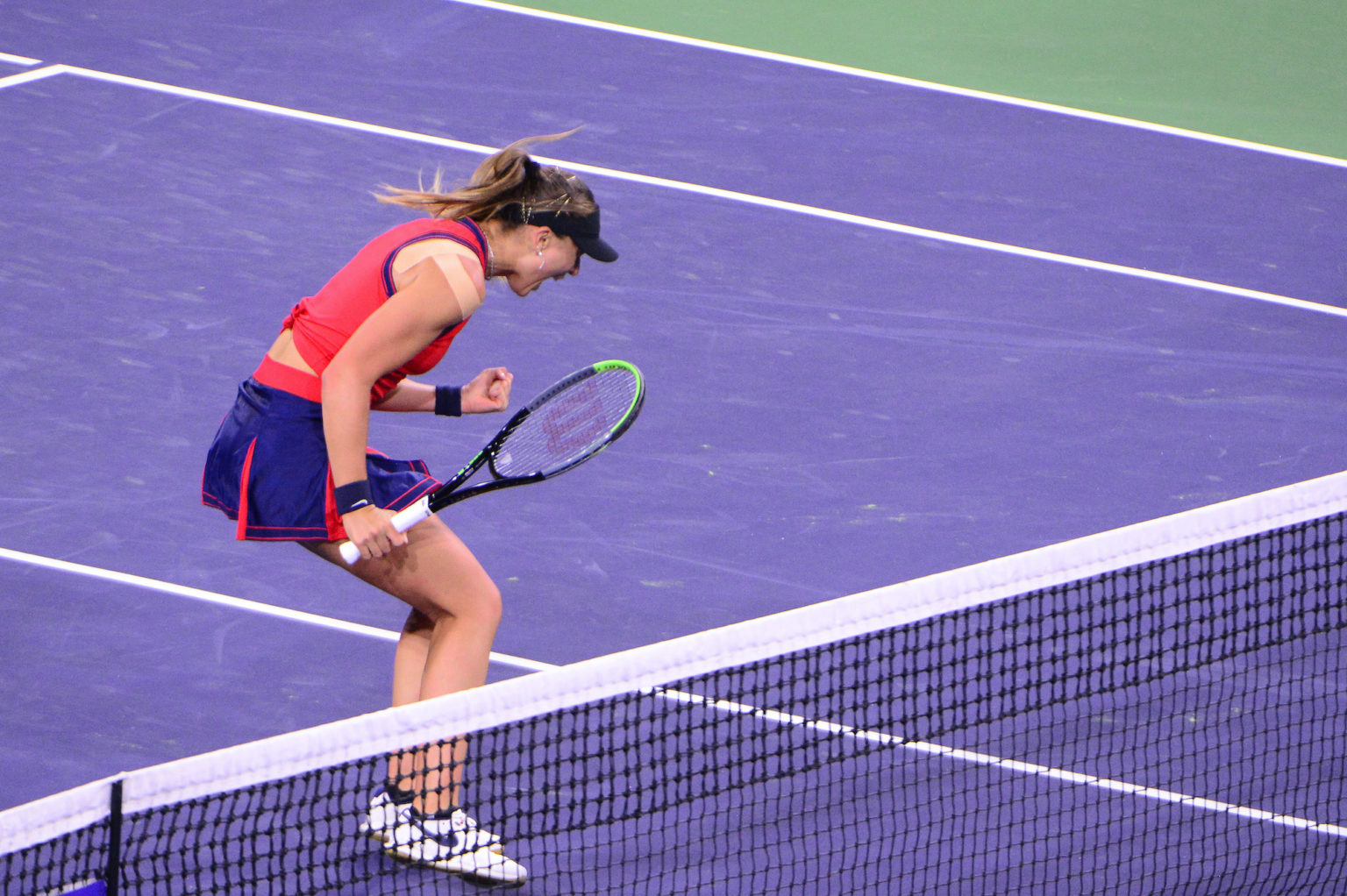 Two in-form players upset a couple of top seeds eyeing off a spot in Turin for the ATP Finals, with Cameron Norrie and Grigor Dimitrov toppling Diego Schwartzman and Hubert Hurkacz respectively. The 21st seeded Norrie completely dismantled the unsuspecting Schwartzman in an hour and 13 minutes, dropping just two games on his way to a 6-0 6-2 victory. The Brit increased his head-to-head record against the Argentinian to 2-1, winning 72 and 59 per cent of his first and second serve points, as Schwartzman won just 48 and 16 per cent – a total of 16 points – on serve. It was no better on return, winning just 14 fo the match, as Norrie proved too good.

Norrie has already overcome a higher-ranked seed in 15th seed Spaniard Roberto Bautista Agut in the Round of 32, before beating Tommy Paul in three sets last round after Paul stunned fourth seed Andrey Rublev. Meanwhile Dimitrov has had quite the tournament coming in as the 23rd seed with Bulgarian halting the run of the red-hot Daniil Medvedev who was coming off a US Open title, as well as a straight sets win over Reilly Opelka. Hurkacz was his most recent victim, winning in two hours and 37 minutes, 3-6 6-5 7-6 to set up a semi-finals clash with Norrie. Dimitrov survived 14 aces and served at a 74 per cent clip himself. He also broke the same amount of times as Hurkacz (three) but saved six break points to one to be more efficient.

All four WTA semi-finals have been determined over the past two days, with Tunisian Ons Jabeur the highest ranked seed remaining coming in at number 12. It was announced the Jabeur will officially become the first Arab player – male or female – to enter the Top 10 next week, and she continued that run with a straight sets win over the in-form Anett Kontaveit. Jabeur won 7-5 6-3 to advance to the semi-finals where she will face 21st seed Paula Badosa. The rising Spaniard gave herself a confidence boost ahead of the Billie Jean King Cup, defeating 10th seed German Angelique Kerber 6-4 7-5 to reach the final four of the WTA 1000 tournament.

Yesterday, the last of the home nation hopes fell with both Jessica Pegula and Shelby Rogers going down to respective seeded opponents. Pegula took on Victoria Azarenka in the quarter finals, going down to the 27th seed, 6-4 6-2 to reach the semis. Jelena Ostapenko defeated Rogers in a tight three-set contest to round out the quarter finals, winning 4-6 6-4 6-3 to set up a semi-finals clash with Azarenka. It was clearly the pick of the quarter finals, with the 24th seed winning 68 per cent of her first serve points compared to Rogers’ 58 per cent, breaking eight times from 19 chances, whilst being broken seven times from 11. The extra time proved crucial though in the tight win.

Amongst the upsets of the tournament thus far, Ostapenko and Rogers had both toppled young stars Iga Swiatek and Leylah Fernandez in the Round of 16, with Pegula taking out fourth seed Elina Svitolina. Azarenka ended the run of her Belarusian compatriot Aliaksandra Sasnovich who she will team up with at the Billie Jean King Cup, following Sasnovich’s giant-killing run of Grand Slam-winning victims, Simona Halep and Emma Raducanu. Of the other top seeds, Badosa took out third seed Barbora Krejcikova, and Brazilian lucky loser Beatriz Haddad Maia stunned number one seed, Karolina Pliskova. 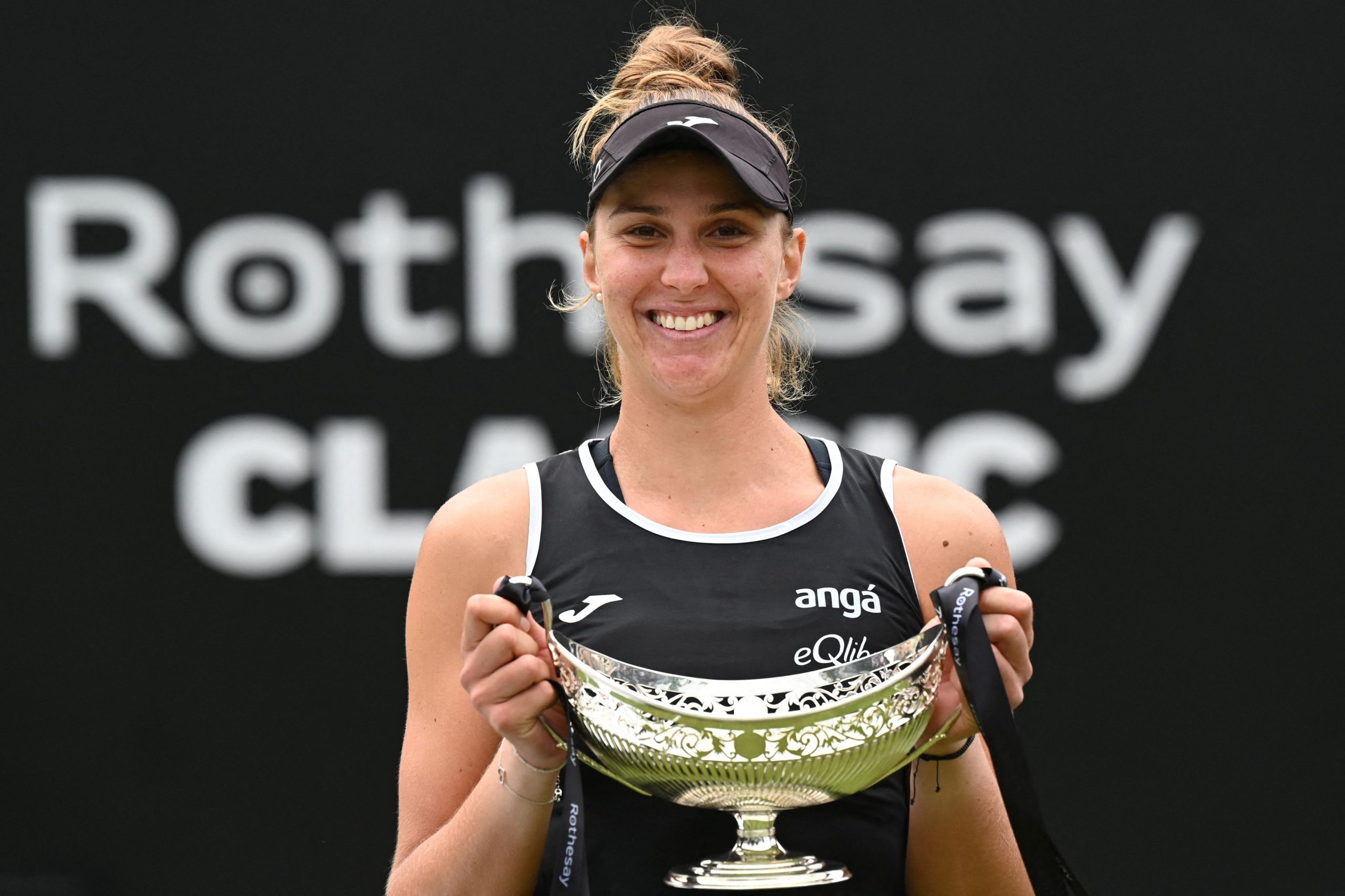 IN FRONT of home fans on Centre Court, British wildcard Katie Boulter won her way through to the third round of Wimbledon, toppling sixth seed Karolina Pliskova in three sets. The world number 118 only had a 6-5 year-to-date win-loss record coming into the grasscourt Grand Slam event, but has reached the Round of 32 […]

FRENCHMAN Ugo Humbert has taken out third seed Casper Ruud in the second round of Wimbledon to advance through to the Round of 32 overnight. Ruud, who is best known for his clay court play was always up against it on grass, and the talented Humbert has an all-court game and it shoed during the […]

THERE were a number of big upsets on the opening day of Wimbledon, but arguably the biggest – particularly in the ladies’ singles draw was that of Marie Bouzkova. The Czech 23-year-old came from behind to win in two hours and 23 minutes on No.3 Court, defeating Australian Open finalist Danielle Collins in three sets. […]

THE Greatest of All Time (GOAT) is back on the WTA Tour, with American 23-time Grand Slam winner Serena Williams returning via Wimbledon with the grass court major kicking off on Monday. It has been 12 months since Williams last took to the court, having to retire at three games apiece in the first round […]