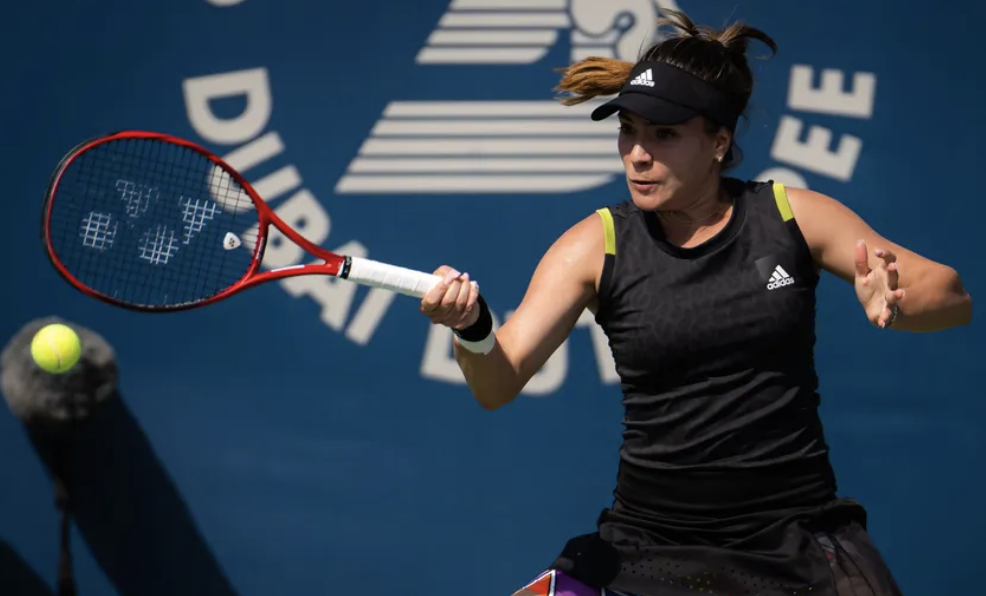 FINDING all the WTA Tour scores in one place can be difficult, so Rookie Me Central has you covered. Here are all the main draw results from the tennis tournaments heading into February 16. For the WTA Tour, that is the WTA 500 event in Dubai.

There were some huge results on day two of the main draw action in Dubai, with four qualifiers and one lucky loser advancing to the Round of 16 at the WTA 500 event. The biggest upset by far was qualifier Elena-Gabriela Ruse‘s first Top 10 win, taking down third seed Paula Badosa in three sets. Ruse won 6-3 5-7 6-4 in a sensational come-from-behind win in two hours and 32 minutes. Remarkably, Badosa trailed 1-4 in the third set before winning the final five games to stun Badosa and take the win. The world number 59 was not the lowest ranked loser on day two though.

World number 131, 21-year-old Ukrainian Dayana Yastremska took out Irina Camelia-Begu in another come-from-behind win, getting up 4-6 6-2 6-3. Begu, ranked 54th in the world, was coming off a semi-finals appearance at St Petersburg, but could not close it out against Yastremska after a strong start. Fellow qualifier and 21-year-old, world number 80 Varvara Gracheva defeated Australia’s Ajla Tomljanovic in straight sets, whilst lucky loser Jil Teichmann took out Elise Mertens.

Unfortunately it was bad news for Australian Open finalist Danielle Collins, with the ninth seed having to retire from dizziness having been a set up on Russian 2019 Roland Garros finalist, Marketa Vondrousova. The qualifier led 3-0 in the second set after Collins won the first set 6-2, before the American decided to call it quits. It was not a great day for the United States, with Sofia Kenin – fresh off a win over Naomi Osaka at the Australian Open – barely giving a yelp in a 52-minute, 6-1 6-2 loss to Latvian Jelena Ostapenko.

In other results, top seed Aryna Sabalenka cruised through with a straight sets win over young Ukrainian Marta Kostyuk, while Garbine Muguruza and Ons Jabeur needed three sets to put away Katerina Siniakova and Vera Zvonareva respectively. It was better news for another Ukrainian and Russian though, with 10th seed Elina Svitolina and unseeded Veronika Kudermetova both advancing to the Round of 16 with wins.