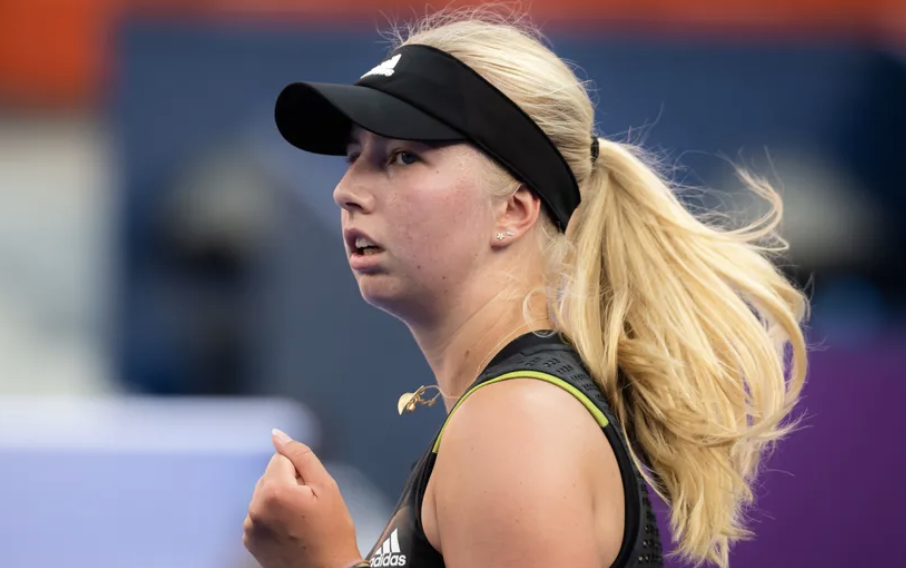 FINDING all the WTA Tour scores in one place can be difficult, so Rookie Me Central has you covered. Here are all the main draw results from the tennis tournaments from yesterday, February 20. For the WTA Tour, that is the WTA 1000 event in Doha.

In the first WTA 1000 event for the year, a blockbuster 12 matches were completed on day one, with the world’s best descending on Doha. Despite this, just the two seeds kicked off their campaigns in the 56-player tournament. The top eight seeds had a bye in the opening round, but ninth seed Jessica Pegula got off to the perfect start at Doha, defeating Czech Republic’s Katerina Siniakova in straight sets. The American joined 12th seed Victoria Azarenka in he second round, after the Belarusian took out Kazakh young gun Yulia Putintseva in a come-from-behind victory, saving a match point to win 5-7 6-2 7-5.

The match of the day was Danish sensation Clara Tauson whose season continues to build steam, with the powerful teen overcoming Swiss star Belinda Bencic in three sets, 6-4 3-6 6-3. Also needing three sets to win was American Ann Li who had her work cut out for her against compatriot Sofia Kenin, eventually getting the better of her Grand Slam-winning countrywoman, 6-3 6-7 6-3. Croatia’s Ana Konjuh came from behind to put away Ukrainian qualifier Marta Kostyuk, 4-6 7-5 6-3.

In other results, Romania’s Sorana Cirstea and Belarusian Aliaksandra Sasnovich cruised into the second round, dropping just three and two games respectively. Also through to the Round of 32 were Belgian Alison Van Uytvanck, American duo Amanda Anisimova and Madison Brengle, and Frenchwoman Alize Cornet.