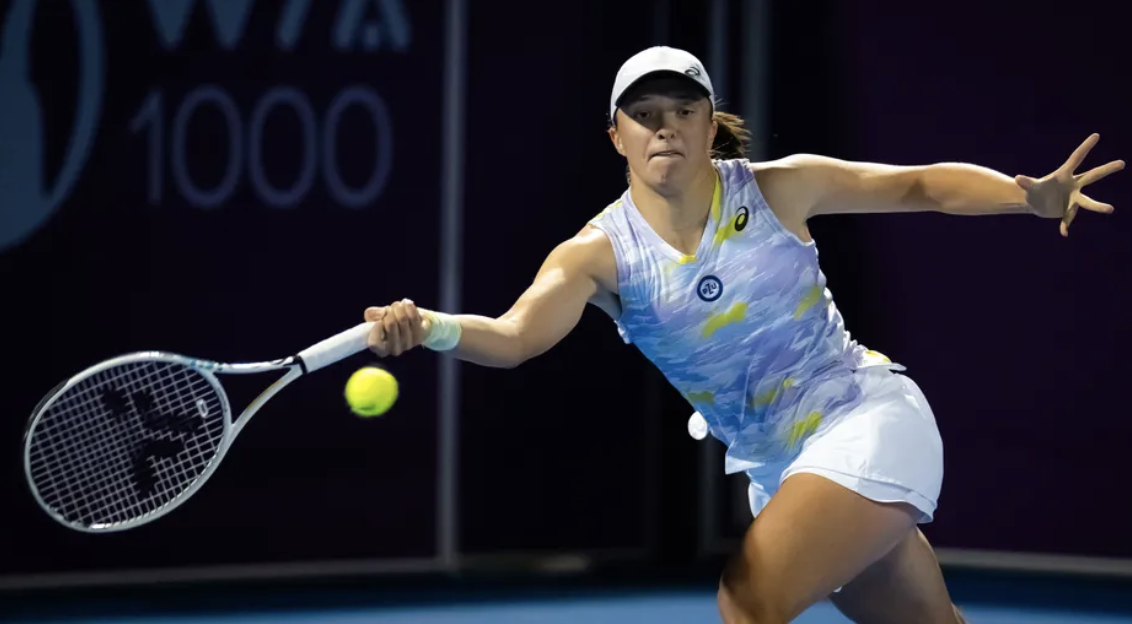 FINDING all the WTA Tour scores in one place can be difficult, so Rookie Me Central has you covered. Here are all the main draw results from the tennis tournaments from yesterday, February 22. For the WTA Tour, that is the WTA 1000 event in Doha and the WTA 250 event in Guadalajara.

Note: Due to time difference, the results from the Mexico event are from February 21, whereas the Doha results are February 22.

It was a brutal third day in Doha with three retirements coming across the board. One was prior to a ball being played, after 12th seed Victoria Azarenka withdrew with a left hip injury. After dropping the first set to 16th seed Elise Mertens, Petra Kvitova retired from a left wrist injury, being 2-1 up in the second set. The worst injury by far was that of Romanian Jaqueline Cristian who had to be helped from the court in a wheelchair after a serious knee injury. It enabled Russian Daria Kasatkina to advance to the third round after being down a set and on serve at 2-6 2-2.

All seeds who stepped out on court advanced, with the top four players in action dropping no more than four games in their respective matches. Aryna Sabalenka (top seed), Barbora Krejcikova (second), Paula Badosa (third) and Maria Sakkari (sixth) all advanced without too many problems, whilst other top eight seed Iga Swiatek and Ons Jabeur needed three sets to overcome their opponents. Other seeds to advance to the next round were Coco Gauff and Jelena Ostapenko, with Jil Teichmann and Tereza Martincova rounding out the 14 players through to the final 16.

Though it did not end the way she would have liked, 14-year-old Czech, Brenda Fruhvirtova made her WTA Tour main draw debut at a 250 event, going down to American Grand Slam winner and sixth seed Sloane Stephens. Labelled a star of the future having become the youngest player to compete at both the Junior French Open and win a senior ITF Tour title, Fruhvirtova is one to remember for the future. In that game she went down 6-2 6-2 to Stephens, but even the American was impressed given her opponents’ age.

Though that was the talking point, the big upset was Frenchwoman Harmony Tan‘s upset of second seed, Madison Keys. She was one of three United States representatives to fall on day one of the event, with Lauren Davis and Catherine McNally both falling too. Davis lost to Qiang Wang in a blowout 6-2 6-1 result, whilst McNally lost in three sets to Italian qualifier, Lucia Bronzetti. Other winners on day one included Anna Karolina Schmiedlova, Marie Bouzkova and Anna Kalinskaya who all knocked off seeds, whilst Anastasia Potapova advanced to the second round due to a retirement to her Ukrainian opponent, Lesia Tsurenko.