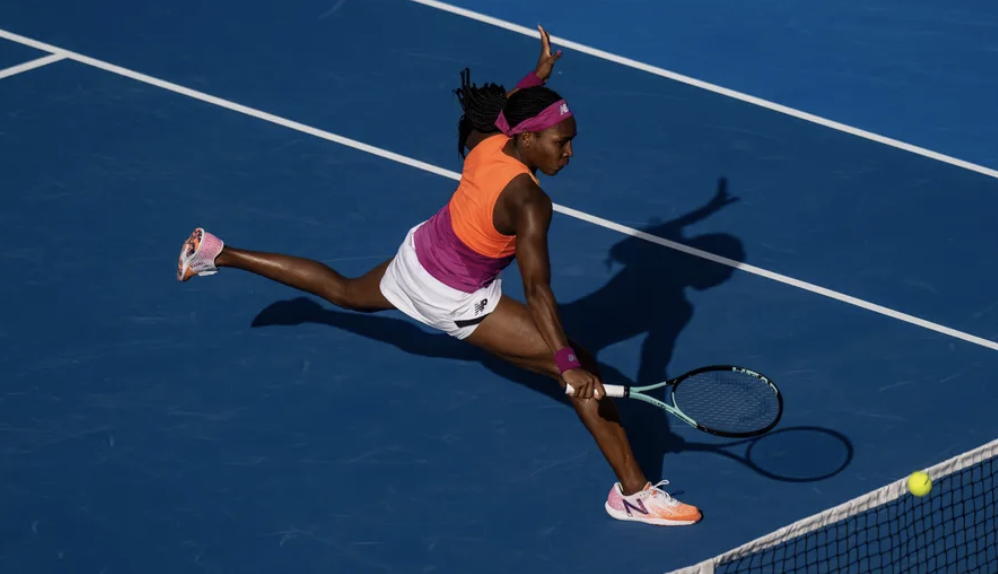 FINDING all the WTA Tour scores in one place can be difficult, so Rookie Me Central has you covered. Here are all the main draw tournament results from yesterday, February 23. For the WTA Tour, that is the WTA 1000 event in Doha and the WTA 250 event in Guadalajara.

Note: Due to time difference, the results from the Mexico event are from February 22, whereas the Doha results are February 23.

The red-hot Jelena Ostapenko, and young gun Coco Gauff have cause upsets in an otherwise predictable day for the top ranked players in Qatar. Ostapenko, who is coming off a title at Dubai, steamrolled second seed Barbora Krejcikova in Doha, 6-3 6-2. Meanwhile 14th seed Gauff also blitzed a Top 5 player, knocking off third seed Paula Badosa 6-2 6-3, to reach the quarter finals of the WTA 1000 event. Ostapenko will now face fifth seed Garbine Muguruza in the last eight, with Gauff locking horns with Maria Sakkari, after both those seeds took down Americans in Madison Brengle and Jessica Pegula in straight sets.

The Round of 32 was completed in Guadalajara with an unfortunate retirement from top seed Emma Raducanu. The teenage Brit lead Australia’s Daria Saville and was just two points away from winning into the second round, but in a match that went three hours and 36 minutes – the longest of the 2022 WTA Tour season thus far – Raducanu was forced to retire in the eighth game with a left hip injury. That meant the world number 610 and former Top 20 player advanced to the Round of 16 after an epic contest.

“This is probably the first match in a long time when I felt like I was being myself,” Saville said post-match. “I was being feisty Dasha. I just want to keep on working and keep on going here.”

In other results, the third and fourth seeds in Sara Sorribes Tormo and Maria Camila Osorio Serrano both advanced to the Round of 16 in straight sets. They were joined in the second round by American pair Caroline Dolehide and Hayley Baptiste, as well as Polish talent Magdalena Frech, Frenchwoman Chloe Paquet and China’s Xinyu Wang.