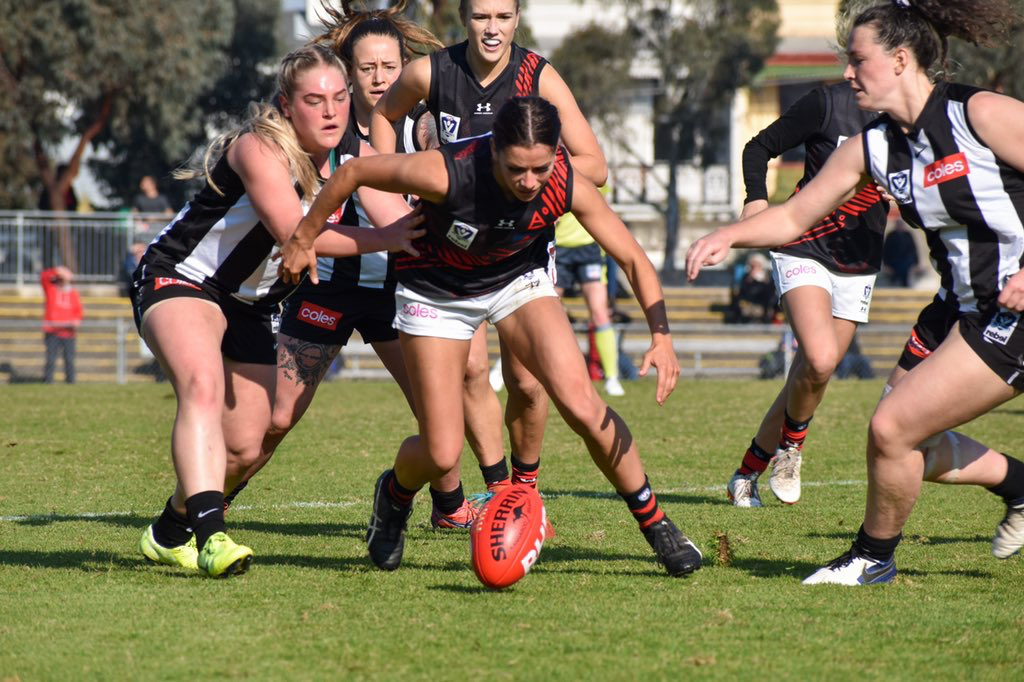 COLLINGWOOD became the first team into the 2021 Victorian Football League (VFL) Women’s Grand Final after continuing its unbeaten record, knocking off Essendon in their semi-final, whilst the Bombers get another chance by taking on other semi-final winner Geelong in the preliminary final next week.

Collingwood moved one win away from defending its VFL Women’s crown with a hard-fought, low-scoring seven-point win over Essendon at Victoria Park. The Magpies had eight scoring shots to six, but neither team was able to capitalise completely, kicking 3.11 between them for the match. The Magpies kicked the first major in the second term through Mikala Cann, with competition leading goalkicker Imogen Barnett putting another one through the big sticks in the third. Jessie Davies kicked the only Bombers’ goal of the match in the third term, with a late Alana Barba behind – along with some forward half possession for the Bombers – being the final score of the match.

Collingwood now advances through to the grand final, as the Bombers prepare to face Geelong in the preliminary final.

Geelong kept its premiership hopes alive by accounting for the Southern Saints by seven points and advancing through to the preliminary final. In a contrasting game to the other semi-final, both matches ended with a seven-point difference and the home team booted three final term goals to secure the win. The game was evenly poised at three quarter time as the Cats lead by a solitary point, before booting 3.0 to 2.0 in the a high-scoring final term, which saw the Saints get within a point twice, but two of Georgia Clark’s four majors came in the term to win the game for her side. They had the two more scoring shots, and it was the five goals to two in the second half to secure the victory.

Whilst Southern Saints’ season came to a close at the end of the match, Geelong has a chance to reach the 2021 grand final when it takes on Essendon next week.