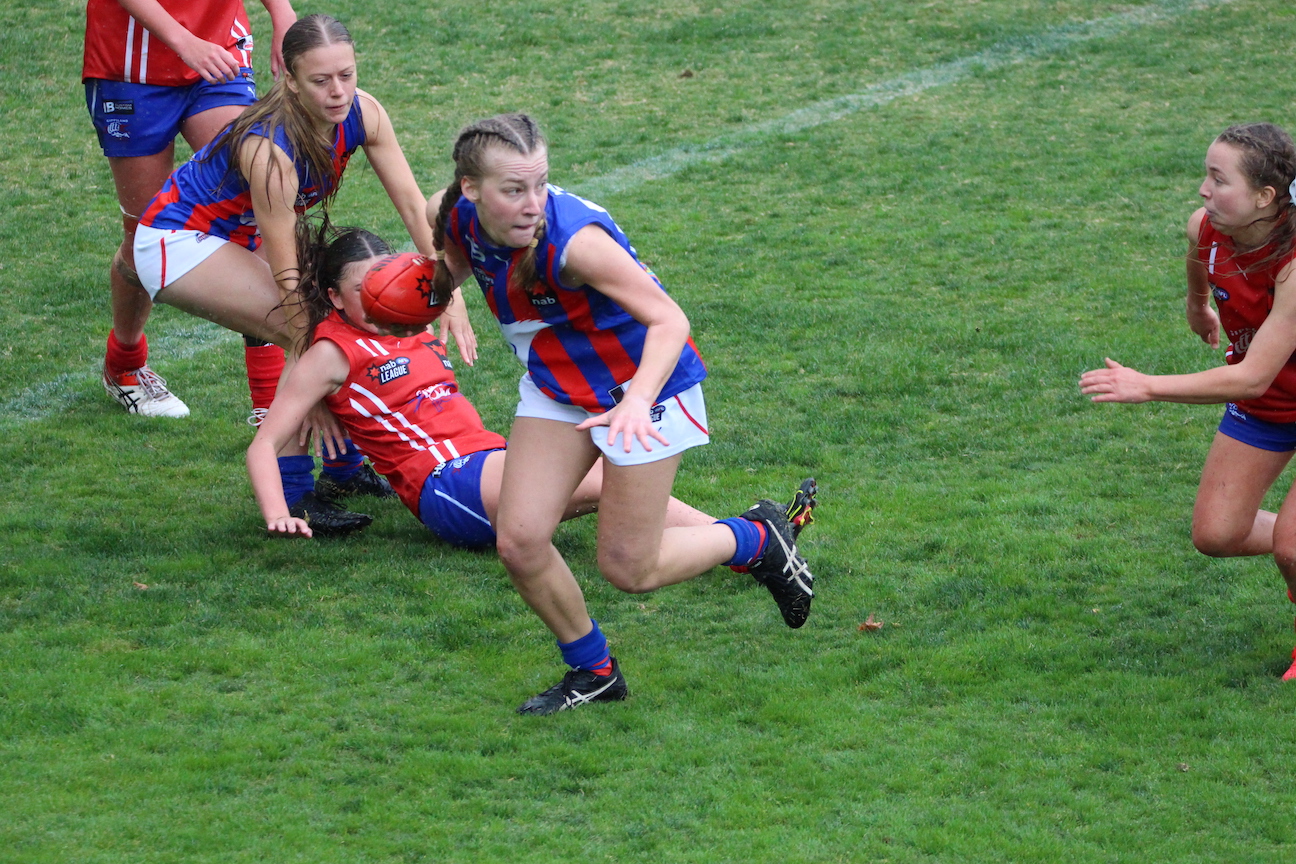 A BROKEN collarbone could not stop Oakleigh Chargers forward Amelie Smith from playing a critical role in her side’s NAB League Girls finals campaign. Despite being in recovery for six weeks, she only missed two Chargers games thanks to the break for the AFLW U17 and U19 Championships. All up, the 175cm Smith booted seven goals in nine games and chopped out in the ruck, showcasing her versatility around the ground. Her football journey started some time ago.

“My start would have been Yarra Magpies around Year 6/7 then transitioned to Oakleigh as a bottom-ager,” Smith said. “Then made it up to the top team last year and been playing since.”

Her injury prevented her from playing at the AFLW Under 17 Championships, but her form throughout the NAB League competition ensured she made it into the 2022 Vic Metro hub. Able to partake in a camp for what is predominantly a foreshadowing Vic Metro squad, Smith said she loved the experience at The Hangar.

“That was pretty amazing,” she said. “Essendon’s facilities were just top-notch, and getting to see what it’s like at that level was pretty insane.”

By taking part in the hub, Smith was able to socialise with players from other metropolitan NAB League teams. She said the likes of Mia Busch and Ava Jordan were among some of the players she found easy to get along with, describing them and others as “real goers”.

Looking back at her major injury last year, Smith said she was fortunate not to spend longer on the sidelines, with the season break coming at the right time.

“I was in and out six weeks. I was really lucky to only miss two games,” she said. “It was really short, it was a small taste of injury and I’m better for it.

“I was so keen to get back. “I missed one training and I was like ‘I’ve got to come back and see everyone. “We’ve got a couple of really good girls in rehab, and we all just pushed each other to get back to where we wanted to be, so that was really easy.”

Smith describes her greatest strength as her aerial ability. She is able to clunk strong grabs, and use her power and aggression to force her way through packs. Whilst she wanted to improve on her “hustle around the footy”, getting to as many contests as she can.

Now looking to 2022, the Chargers forward said she was happy to play anywhere that could showcase her athleticism, and she was keen to get the most out of herself in her top-age year.

“Yeah anywhere I can utilise my jump, even as a backman, anywhere,” Smith said. “(My goal is to) just to push myself, I think that’s pretty standard. “Just to see where I can go.”