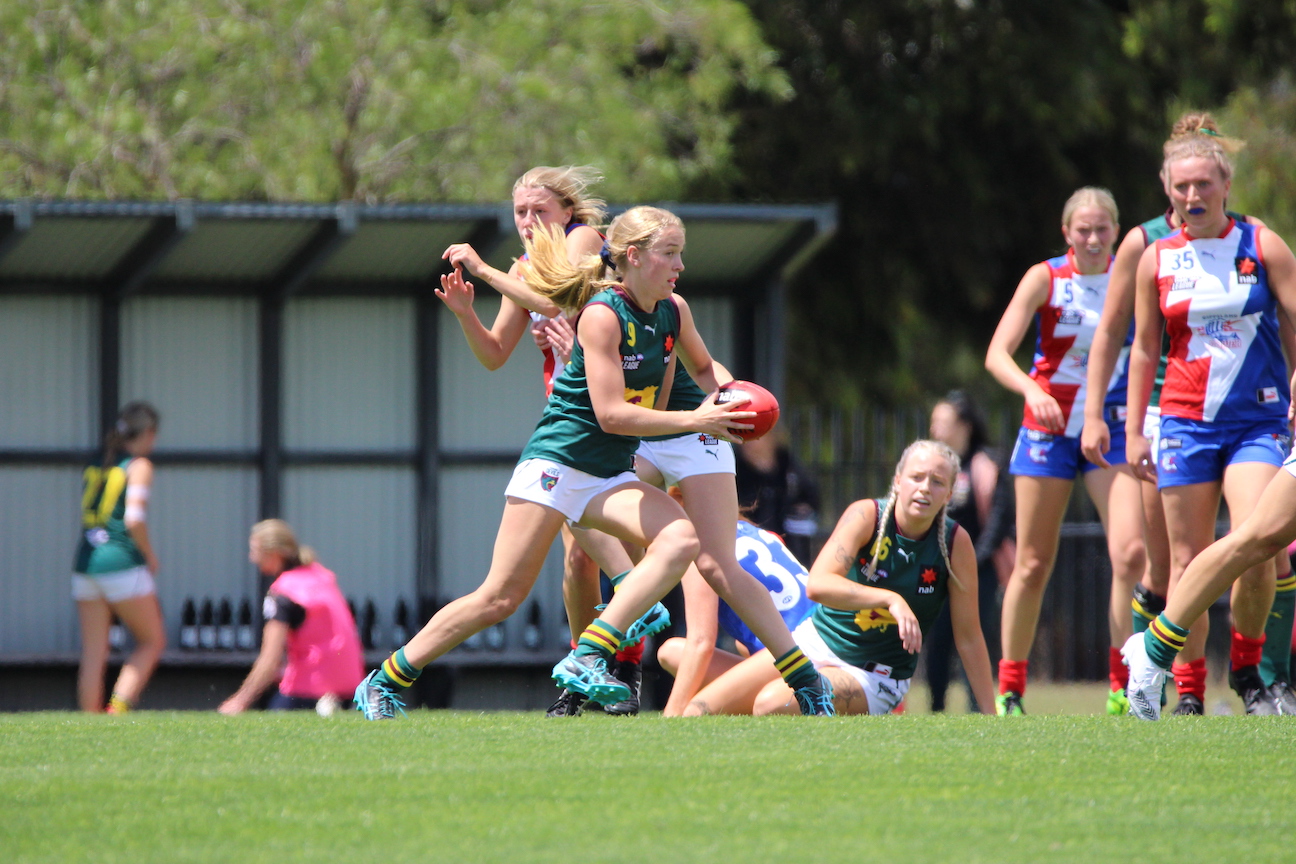 FOLLOWING a strong season which ended in a disappointing exit from last year’s finals, the Tasmania Devils are returning for another crack at the NAB League Girls premiership. However, things will look a little different this season, with a new coach at the helm and a fresh outlook that will make the pre-season scouting quite difficult.

Coach Jeromey Webberley says this will be a common theme for all teams throughout the year, as the competition looks to operate amid COVID-related interruptions, but that won’t stop his side from playing their game.

“I think we all have to come to the understanding that we’re all dealing with the same circumstances,” Webberley said. “Some may have had more interruptions to their pre-season than others, and there’s going to be periods of times throughout the year where we may have it tougher than the mainland. “The reality is that come game time, it is just a game of footy. We want to go out there and we want to have loads of fun.

“We want to play a Tasmanian style of footy, which is one that fans want to come and watch, and one that we enjoy playing.”

The Devils won six of their eight regular season games last year, but were upset by Greater Western Victoria (GWV) by just a single point. However, there were still plenty of positives for the Devils to take out of this season, and if their upward trajectory continues, they look a strong chance to go deep into finals.

Any time there is a new coach arriving at the club, there is going to be some level of change, but Webberley says it has all been for the better in his short time with the Devils, despite limited experience leading girls’ footy.

“To be completely honest, I’ve really enjoyed it,” he said. “I think I have related to the girls well, and I love they way they go about it. They’re avid listeners and they want to learn which makes things easier for the coaching staff.”

“We have tried to change a couple of things to how the squad played last season, and they did a fantastic job last year, winning a lot of games of footy and a lot of girls got drafted. We want to change our style up a little bit, and the girls have really taken to that, which is a big positive.”

These changes have included some personnel shuffles, with the region going for a new look heading into the upcoming season, which is the case for many teams around the competition.

“We had a lot of top-age girls last year,” Webberley said. “You’ll see a real mix of talent from us this year, with a few over-age girls, some top-age players, and we do have some bottom-age girls too. We’re really excited to see what they bring to the table.”

The team will also have the talents of Claire Ransom, who was picked in the AFLW Academy and is touted as one of the standouts of the 2022 Draft crop.

“She’s the ultimate professional,” Webberley said. “She trains really hard and she gets around her teammates. She has had an awesome pre-season and is clearly an outstanding player. We’re hoping she has a really good seven or eight games for us.”

Ransom was among a number of players who have produced outstanding pre-seasons, including Brooke Barwick, Charlotte Vandenberg, Jemma Blair and Shania Saward. Saward in particular caught the eye of Webberley, who described her kicking as “second to none that I have seen so far”, so expect the Devils to use her behind the ball to help set up play.

With last year demonstrating that this team has plenty of upside, the Devils could be the team to make the next step in the competition. With Webberley bringing a wealth of experience at state and national level, the new and improved side from the Apple Isle may top last season’s efforts.

The Tasmania Devils will open their 2022 NAB League account by taking on the Sandringham Dragons at Prospect Park, Launceston on Saturday January 22 at 12pm.

AN EVER-DANGEROUS side in the AFL Women’s, North Melbourne has accumulated three successive picks in the third round to scoop up a mix of Victorian and Tasmanian talent at the upcoming AFLW Draft. The Roos were again thereabouts in season 2022, and are not far off the pace when it comes to contenders. They will […]

THE 2022 AFL Women’s Draft is next week and already Rookie Me Central has completed profiles on all those available AFLW Draft Combine invites. In separate articles this week, we will go state by state and look at some other contenders for the AFLW Draft outside those with the invites. Today we start with the […] 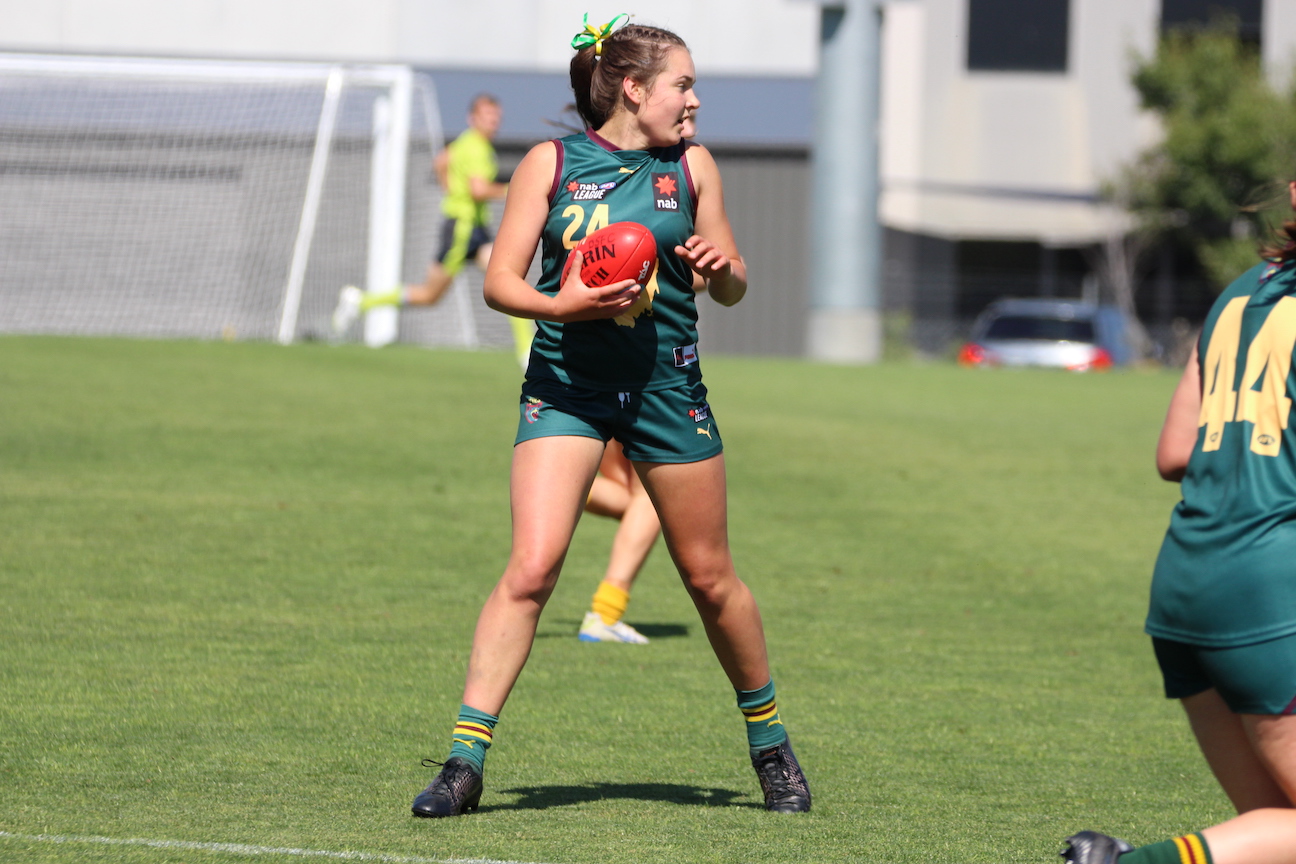 AFTER an internal clash between the Allied states that resulted in Tasmania and the Northern Territory triumphing over NSW-ACT, the four states and territories combined to tackle Western Australia and Queensland. The Allies pushed Western Australia all the way, falling five points short at Werribee, before closing out their campaign with a 50-point defeat at […] 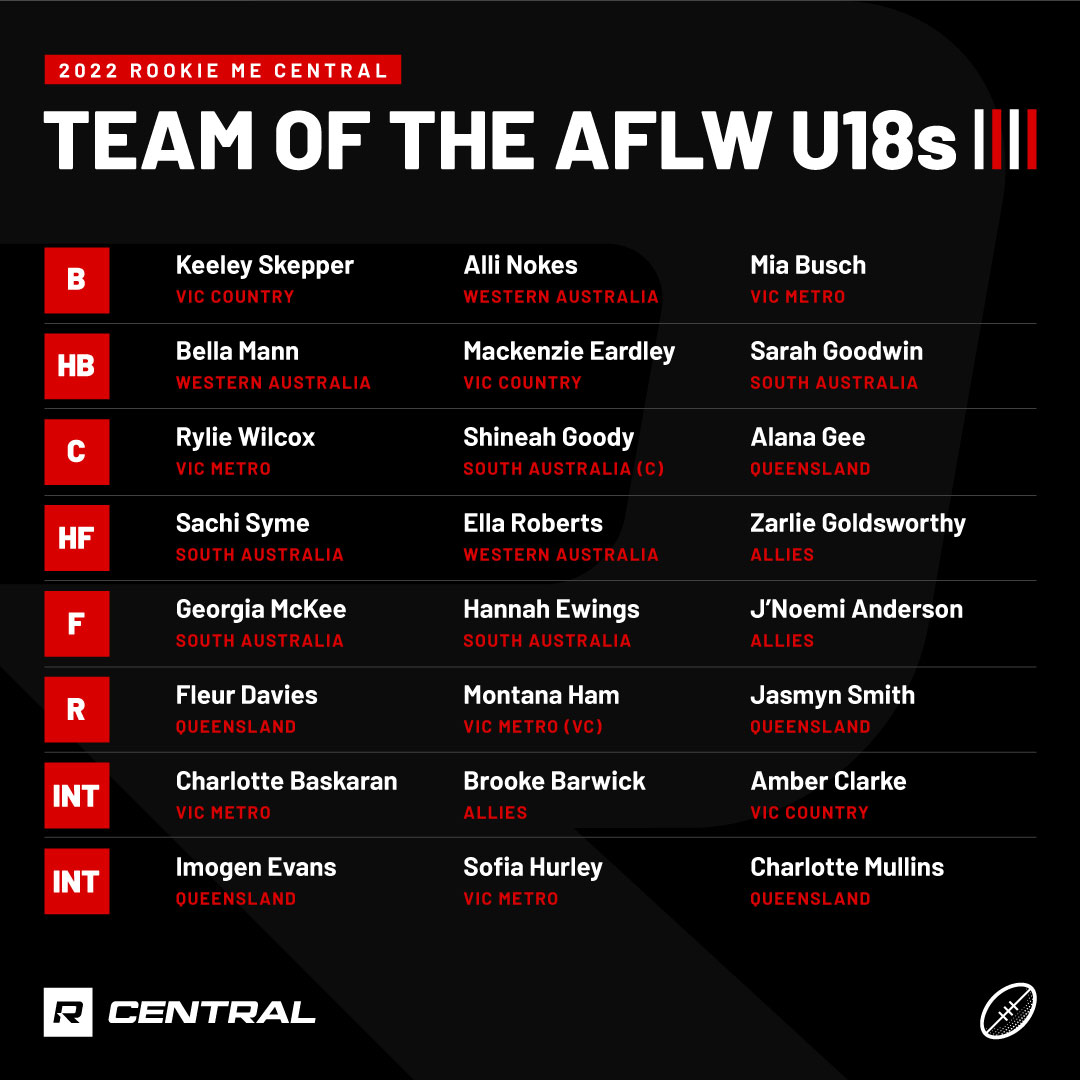 SOUTH Australia and Vic Metro have the most representatives in our 2022 Rookie Me Central Team of the AFL Women’s Under 18 Championships. With the All-Australian team set to be announced over the next couple of days, we took the time to name our own team of the championships. The only rule in place was […]